Before stopping the use of the Power Team USA “Maintenance Serum”, Steve Borden (then known as “Flash”) had “Class 15” strength, superhuman durability and slightly enhanced speed and agility.

Now, he is simply a talented martial artist who has low-level superhuman strength and wields a mean baseball bat.

Steve Borden was working as a bouncer in Los Angeles. He was an occasional workout partner of Jim Hellwig when Red Bastien recruited them both into Power Team USA. Of the bunch, Borden was the only one with any natural talent. He was also the only one who seemed to be in it for altruistic reasons.

Even the collapse of Power Team USA didn’t diminish his enthusiasm. He continued fighting crime, changing his code name from “Flash” to “Sting”. He went so far as to copyright the name, much to the dismay of the singer.

Sting tried partnerships with several other adventurers, most notable “Lex Luger”, another addition to Sting’s list of partners with superhuman strength, limited fighting skill, and an unbearable ego. Luger betrayed Sting to the Chicago mob for a payoff. Sting barely escaped with his life.

Borden did gain a measure of revenge against Luger. While Luger was out of the country (presuming Sting dead), Sting arranged for Luger’s wife to meet his girlfriends – all 12 of them. These were the women whom Sting had met while partnering with Luger over the previous year.

The fallout led to a nasty divorce, which led to the uncovering of Luger’s personal business dealings, which led Luger to prison.

Sting followed this by hiring on in a freelance capacity with the NSA. He was assigned to their elite “Four Horseman” team. At that time these were Ric “the Nature Boy” Flair, Arn “The Enforcer” Anderson, Sting, and a young trainee named Barry Windham.

After 3 successful missions, the team was sent on a mission in Uganda to bring in the terrorist, Abdullah the Butcher.

Flair and Anderson set up an ambush on Windham and Sting with the aid of their original (retired) partners in the Four Horsemen, Tully Blanchard and Arn’s uncle, Ole Anderson. Windham was killed and Sting was played for a sucker once again.

Flair, Blanchard, and the Andersons received a handsome payoff from Abdullah. They used it to set the Horsemen up as an international mercenary force which still exists to this day (albeit with a different roster).

Sting has since gone into seclusion. He lives in among the rooftops of Los Angeles, occasionally making trouble for the gangs and scaring the hell out of the occasional mugger.

He’s taken to dressing in a costume reminiscent of “The Crow”. Borden also ceased using the maintenance serum entirely – although years of use have left him with some residual superhuman strength.

He seems to have lost his spark, but he’s still out there, lending a hand from time to time.

A fan “best of” compilation about Sting.

6’2” and approximately 240 lbs.. Sting has shoulder-length dark brown hair and blue eyes. During his peak years, he wore his hair in a bleach-blond flat-top and had a face paint design similar to the Ultimate Warrior.

Now, he dresses in black and wears black and white face paint reminiscent of Brandon Lee in The Crow.

Sting was, at one point, one of the most promising young crimefighters in the world. He had tons of talent and most importantly, tons of enthusiasm. he was always friendly and always looking like he was having fun. Most who watched him felt that he could accomplish anything.

Sadly, time and a string of disappointing betrayals have taken their toll on Borden’s optimism. He keeps trying, but it’s almost a token effort at this point. He broods on rooftops and fights crime. But never too much, as he doesn’t want to get too ambitious and find himself outmatched AGAIN.

Occasionally, something lights a fire under him and he shows a spark of his old energy and personality. But usually, he simply reminds people how much potential he had but never been reached.

No suggestions, except to insert him as is, and fit whatever you like in around the story. 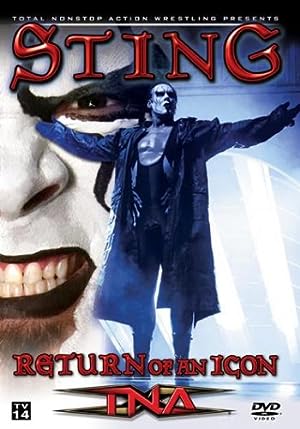 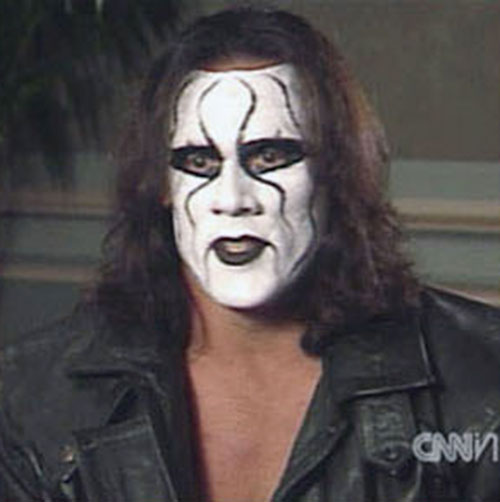 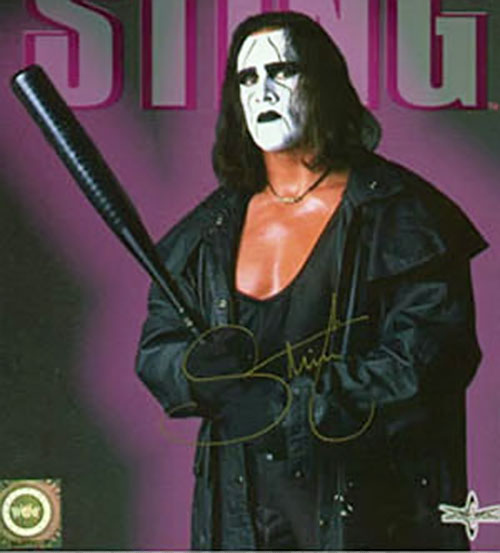 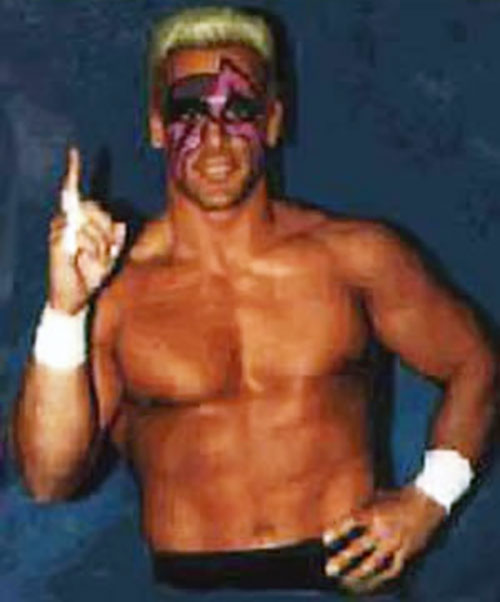