His main piece of equipment is the Stingray suit. This is an armoured exoskeleton made of super hard artificial cartilage. It is designed mainly for underwater use, and is thus equipped with oxygen-diffusing systems providing breathable air almost indefinitely). This unusual power armour  :

Marine biologist Walter Newell was drawn in the world of super-heroes by various chance encounters with Prince Namor. However, he was originally just a scientist.

Newell became Stingray when the US government requested his aid in investigating strange disturbances in the ocean. They suspected Namor was the cause, and Newell’s skills in oceanography and his friendship with Namor were invaluable.

Needing to move fast, and fearing he would have to apprehend Namor, Newell built a suit based on the physiology of the manta ray . It gave him amazing strength and manoeuvrability underwater. The case was solved, and Newell found that the suit was invaluable for deep-water exploration, and the occasional alliance with Namor.

Later, Newell took over Hydro-Base, a floating island in the Atlantic Ocean, after the insane Doctor Hydro was captured. He married Diane Arliss (sister of the villainous Tiger Shark) during this time. The Newells paid for upkeep by leasing Hydro-base to the Avengers as a mobile hangar for their Quinjets.

This neat arrangement ended when a group of robots under the control of Dr. Doom sank the island during one of Loki’s Acts of Vengeance .

Newell is just an ordinary, albeit tall, guy.

The Stingray diving suit is red and silver, with great red “wings”. It covers him from head to toe and is completely opaque.

Walter Newell is an expert oceanographer and biologist. His life’s work is to adapt human beings to undersea life. He’s no superhero, but his work for the government and his respect for the like of Namor and the Avengers make him willing to strike blows against injustice.

Still, despite these occasional aspirations, he’s a calm, reasonable researcher. He much prefers to study oceanography to fighting otherworldly invasion forces.

Stingray adventures’ would have simply happened alongside Aquaman and the JLA instead of Namor and the Avengers. 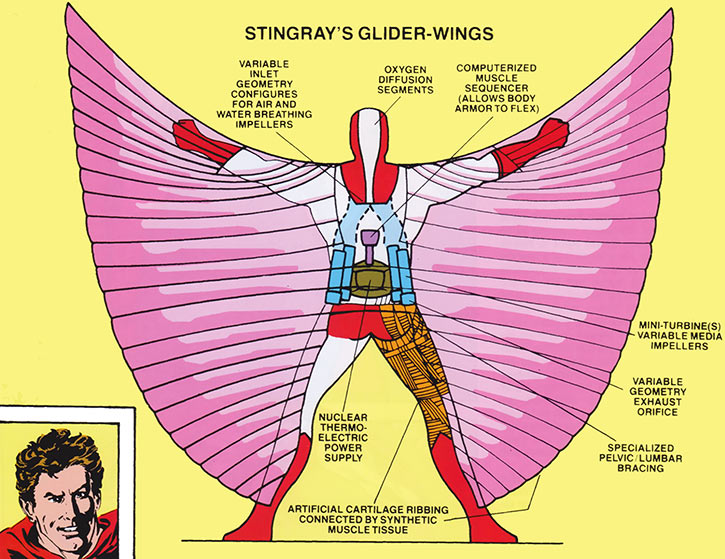 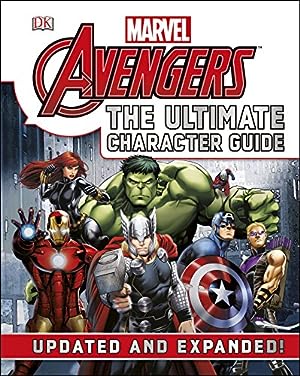 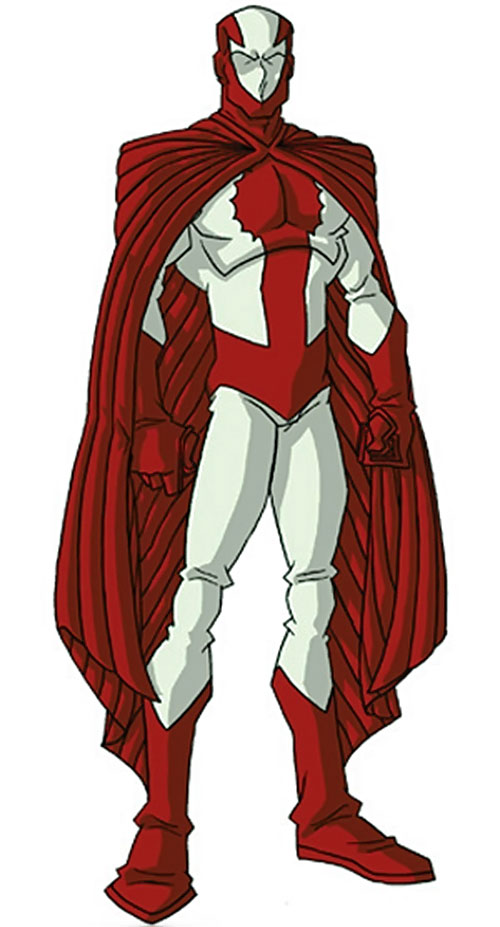