Our fantasy wrestling profiles capitalize on the similarities between pro wrestling, comic books and role-playing games.

Stone Cold radiates an aura of cold from his body, causing any who get near him to suffer chills and eventually frostbite.

His legs and parts of his skeleton are completely robotic, granting him super-powerful kicks. He can leap long distances, but rarely does. This is because he likes the disturbing quality of his steady pace. The knees come at a cost, though, as the circuits can be damaged from any strong blow to his knees.

Stone Cold is a veteran street brawler, adept at beating down his opponents in battle.

Eight years ago, Steve Austin came to Federation to make his name. As Stunning Steve Austin, he instead found hardship. While rescuing a priceless artifact from grave robbers, he discovered a mystical ring which granted him cold-based powers. Renaming himself the Ringmaster, he started to build a name in the city.

WorldCorp offered Steve a large check and a life of luxury to become their corporate hero. Steve accepted, but quickly learned dirty happenings were afoot in the company. Steve discovered Vince’s connections to the crime boss called the Heartbreak Kid and the D-Generation X crime ring.

Steve attempted to confront Vince, but was ambushed by HBK. The Heartbreak Kid crushed Steve’s ring, showering Steve with the energy within.

Steve set out to single handedly bring down WorldCorp and D-Generation X. He succeeded in crushing HBK’s personal fortunes, and the mysterious criminal disappeared from Federation. Steve had brought Vince’s operations nearly to a halt, until Triple H’s ascendancy in D-X.

Triple H needed Stone Cold out of the way. So he convinced Rikishi to mow down Steve with a car. Steve was left broken, his body shattered.

Steve underwent experimental surgery and much of his skeletal structure was replaced by bionics. Stronger than ever, Stone Cold returned to Federation.

Austin stomped his way through the dregs of society, quickly forming a love-hate relationship with the Rock, who had replaced him as Federation’s top hero. Vince McMahon won the mayoral race, and offered Austin a deal he couldn’t refuse. An equal partnership, Vince as mayor, Stone Cold and Triple H as the city’s only champions.

Austin shocked the Superstars, aligning with the new McMahon Regime. Together they ran the Rock out of the city, before Triple H was injured in battle with Chris Benoit and Jericho. This left Stone Cold as the one leader left against the invaders.

Stone Cold turned on Federation, teaming with Shane McMahon and the invading Alliance. The Alliance had suddenly became a force to be reckoned with and all of reality was at stake.

“That’s the bottom line because Stone Cold said so.”

Stone Cold would probably work best in his role as an anti-hero in the DC Universe. A wandering marshal out to clean up the world as he sees fit. Think Marvel’s Nomad, only cooler.

Source of Character: WWF and my own WWF Superstars universe. 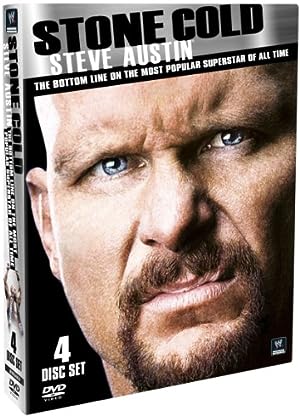 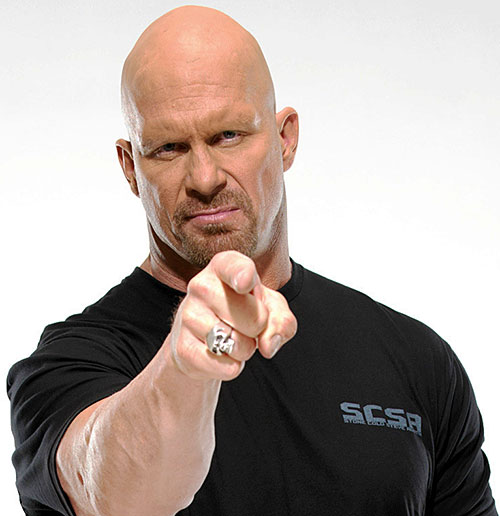