Stormfront has “ability to channel the power of a storm”. Which means firing lightning bolts, creating winds and reshaping the weather.

He wears a lightly armoured costume.

He was a normal meteorologist in the Midwest until he was struck by lightning and gained super powers.

He certainly had some quite flashy super abilities. But to his frustration, what he did not have was anything in the way of skills or powers that would enable him to find evildoers or people in danger.

He tried answering a newspaper advertisement looking superheros to join a team. He was not, by nature a team-player. But he had no objection to acquiring a supporting cast who might have more ability than he did to find opportunities for his flashy heroics. It didn’t help, though. Nothing was going on that actually called for his abilities.

I shall be that hero!

Finally he lost patience. He made his own opportunity, setting fire to a department store so he could put it out and rescue someone. But one of his team-mates, a werewolf, figured out what he’d done. So Stormfront framed the werewolf and pretended to rescue a child from it.

The team fought him. They temporarily removed his powers by conning him into believing that they would “short out” if he was knocked into a puddle. Believing his powers to be permanently gone, he retired as a superhero and became a TV weather man.

He wears a grey armoured costume with an orange lightning bolt insignia on his chest and a dark blue cape.

A selfish, insecure and vainglorious posturer. But he’s smart enough to realise that being a famous superhero can be much more profitable than being a known villain.

This lightweight would stay well away from Metropolis or any other city where there are too many heavy hitters who could show him up. He probably tried to join the Justice League at one point, though.

“I’m Stormfront, star of the Defenders of Decency !”

“Then I realised my work was not yet done.” 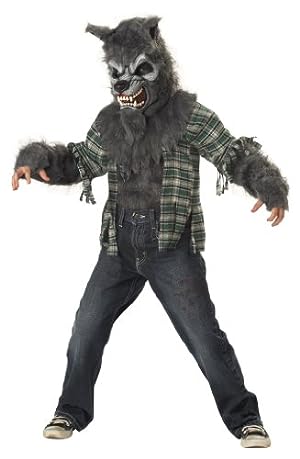 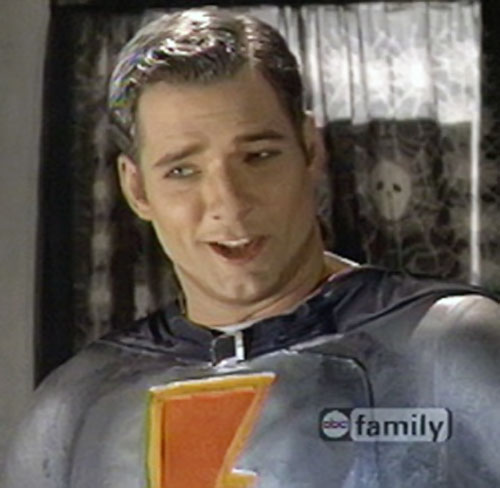 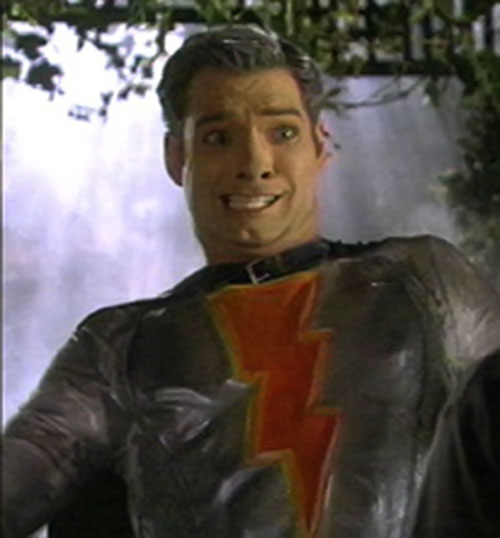