There were two versions of this villainous team.

Both appeared but briefly. And both worked for evil mega-cult mastermind Kobra (Jeffrey Burr).

Kobra had clashed with the Outsiders several times. These teams were his counter, and something of an opposite number for the heroes.

Strike Force Kobra (sometimes spelled Strikeforce Kobra) is a useful resource if you need a team of minor baddies. 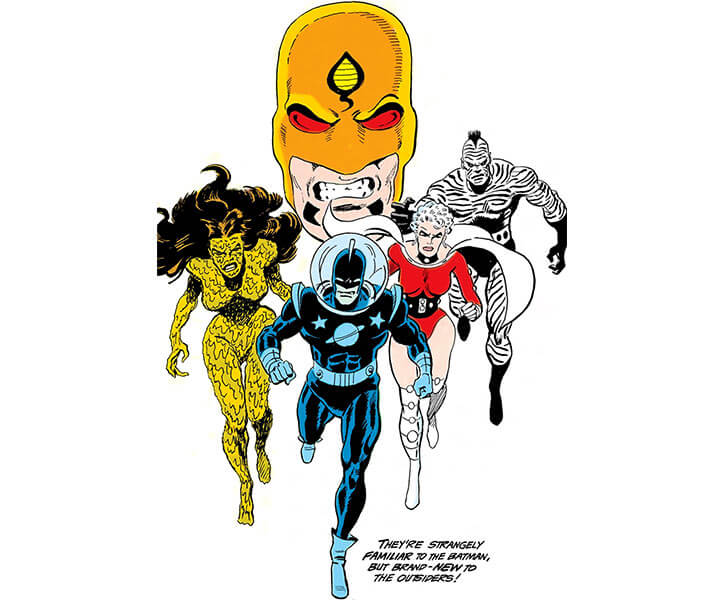 No profile for Spectrumonster. He gets an origin sequence, but that’s about it.

With the possible exception of Spectrumonster, Kobra based all of these on obscure villains Batman had fought in 1960/61. See the individual profiles for details. 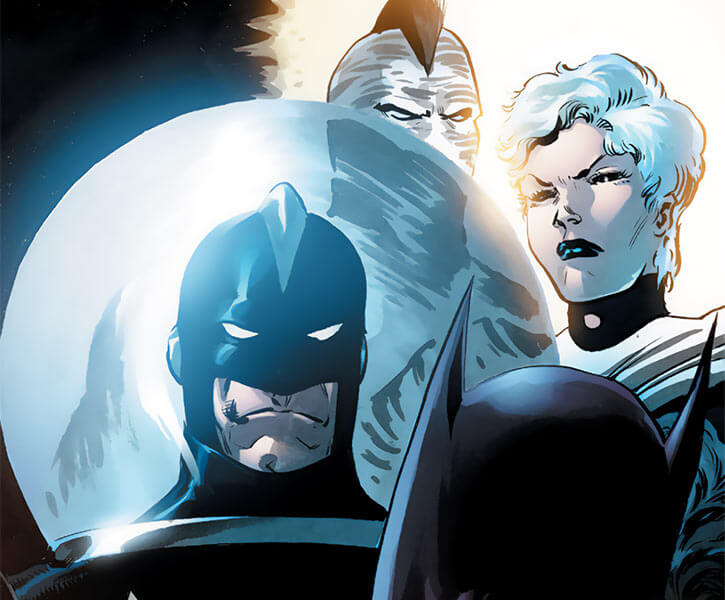 The Force invaded a Stagg Enterprise facility. They linked up with an employee, Mr. Parker. Kobra then came in to use Stagg labs to turn Parker into the newest Strike Force member.

(Mr. Parker had decided to essentially sacrifice his own life to ensure that his kid daughter would be financially comfortable for her entire life.)

Though Clayface had infiltrated the Outsiders by impersonating Looker (Lia Briggs), Batman (Bruce Wayne) got wise to her. The Outsiders could thus respond to the attack at Stagg.

The fight disrupted the Parker experiment, turning him into an uncontrolled “spectru-monster”. The Strike Force was vanquished.

Clayface later stated that the clash with the Outsiders “broke up” the team. What she meant is unclear. Perhaps they ran to avoid getting killed by Kobra for their failure. 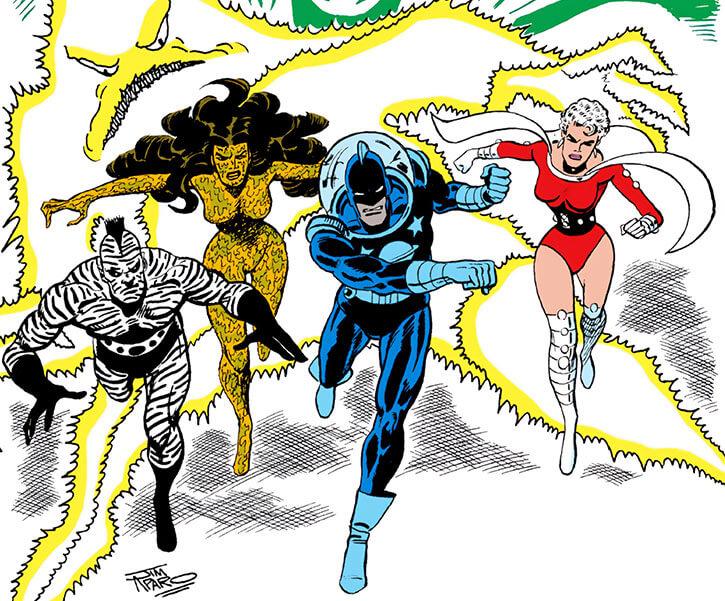 This new version of the Strike Force was commanded by Lady Eve, Kobra’s lieutenant.

Spectra — the reanimated body of Halo (Gabrielle Doe) — captured Halo. This reeled the Outsiders into a Strike Force ambush.

However, the Force’s felonious fighting females were felled. 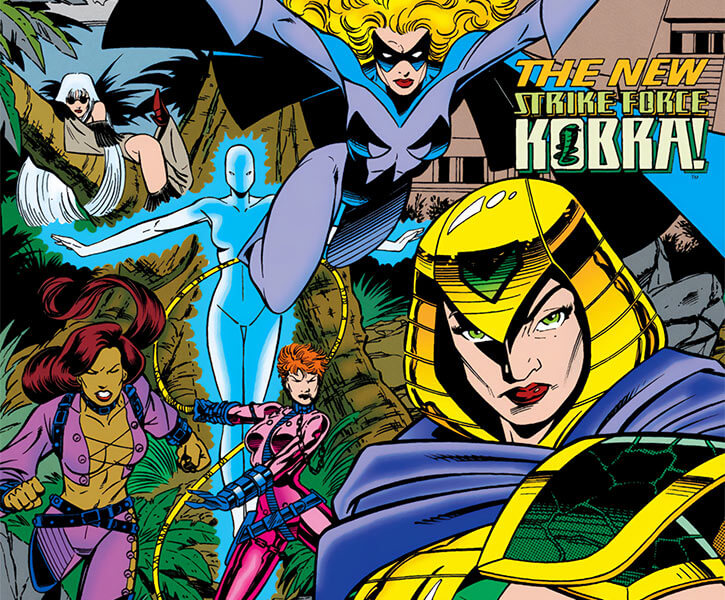