Stronghold wears the heaviest power armour  suit among Heavy Mettle, and can engage superhumanly strong opponents. Despite the bulk of her armour, she’s actually pretty fast.

Heavy Mettle is a team of operatives wielding high technology weapons, usually as light power armour. They were assembled by Joe Silvermane when he started running the Silvermane family of the Maggia. Firestrike seemed to be their leader, and Warbow their tactical leader.

Other members included Barracuda, Blackwing II, Riot and Stronghold. Our guess would be that the armours and weapons were contracted from Madame Menace.

In 2009 they registered with the Initiative. Heavy Mettle members were tapped for the second version of the Shadow Initiative. It no longer was an elite black ops squad, but a trap for cannon fodder troops. The Shadow Initiative was spent retaking the 42 Prison in the Negative Zone. They were to soften the alien opposition therein before more valuable assets would move in.

The faceplate of the Stronghold armour is polarised. This makes her face look odd and somewhat intimidating since it is seen backlit and in heavy shadows. The top of the armour is painted with the classic ’shark face‘ motif that is best known for decorating some American fighter aircrafts during WWII.

Stronghold is as disciplined and professional as the rest of Heavy Mettle.

Speedball (as Stronghold grabs his ankle): “Hey ! Leggo, man !”
Stronghold: “That’s ma’am. Get away from me, little dork.” (hurls Speedball 09 APs away).

Bonuses and Limitations:
Martial Artist only while operating the Stronghold suit (which bumps her Initiative to 013 when suited up). 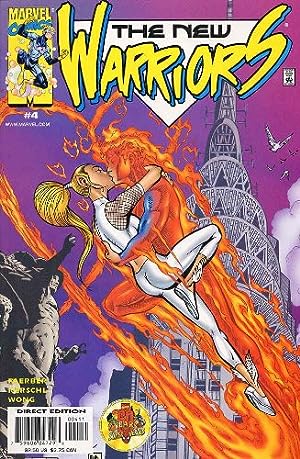 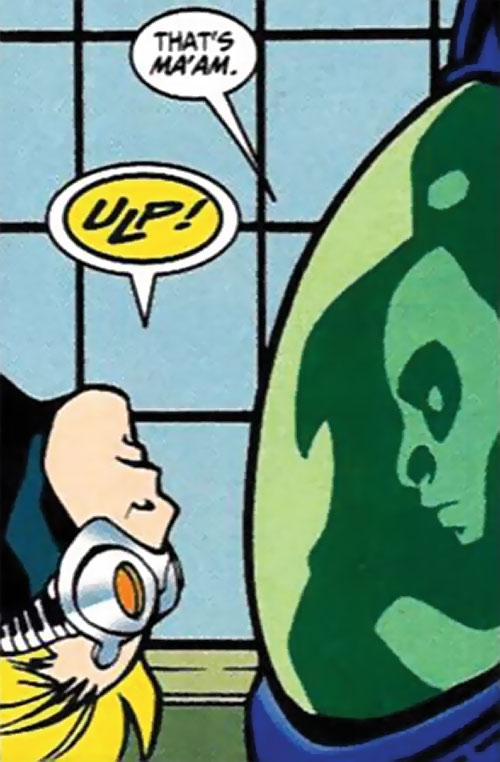