The Legion of Super-Heroes (LSH), a sci-fi comic book, was a mainstay of DC Comics from the dawn of the Silver Age  until the 2010s. Sun Boy was one of the early and classic members, appearing in 1961.

This covers these very good character during the original LSH continuity, including the Levitz run and up to the Five Years Gap. It focuses on the end of the Levitz run.

After the Gap his personality has considerably changed. And after that came the 1994 reboot, after which he played a surprisingly little role.

Sun Boy possesses the ability to unleash solar heat and light with great control and potency (in DC Heroes RPG terms Flash, Heat Vision). He can achieve enough brightness to light a room or to rival the Sun (as seen from Earth). He can easily melt through steel, and with a bit of effort can achieve temperatures hot enough to melt modern starships.

If he wishes, his whole body becomes red or white hot so that anything flammable near him will ignite (Flame Being). He is of course immune to heat and flame himself (Flame Immunity) and can absorb limited quantities of heat and disperse it harmlessly (Energy Absorption).

As a Legionnaire, Sun Boy uses the standard LSH equipment. He flies with his Legion Flight Ring, and is one of the few to have made use of its anti-grav properties for anything beyond simple Flight. He can survive and communicate in space with his Transsuit and Telepathic Earplug.

Dirk Morgna was helping out at a research reactor plant being run by his father, Derek Morgna. However, an accident injured him and killed another young man. It was determined that the accident was caused by Dr. Zaxton Regulus’ unauthorized research.

Regulus was fired on the spot, but blamed Dirk for his downfall and vowed vengeance on the Morgnas. He later snuck back into the laboratory, used robots to beat Dirk into unconsciousness, and then threw him into the reactor unprotected and left him for dead. Instead the exposure to radiation activated Dirk’s metagene, and he gained solar powers.

Dirk took the name Sun Boy. He applied for membership in the Legion of Super-Heroes—on the same day that Supergirl, Brainiac 5, and Shrinking Violet applied. At that time the Legion had a policy of only accepting one male and one female applicant per tryout session, and Sun Boy lost out to Brainiac 5.

Part of the reason for rejection may have been that Sun Boy did not yet know all of his powers. At the time he knew only that he could project light, not heat.

By the time another open call rolled around, Dirk had learned otherwise. He impressed the Legion with his powers to project heat as well as light. With a period of training he discovered the full extent of his powers and ultimately was inducted into the Legion—alongside Shrinking Violet, who had also been initially rejected. Dirk has served an uninterrupted tenure in high standing ever since. 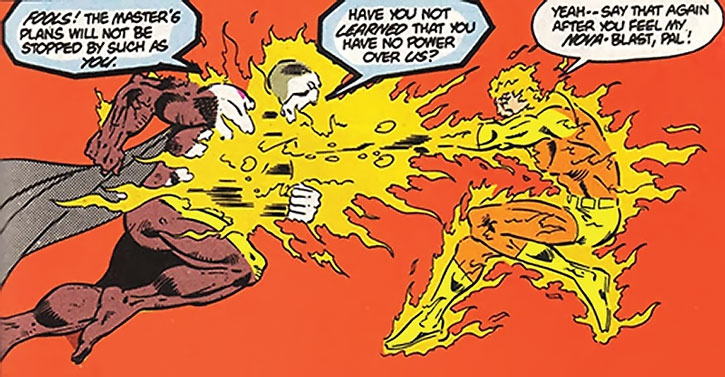 Sun Boy quickly became one of the most active and respected Legionnaires. He often led Legion teams and taking on a leadership role informally even when others had been elected the actual team Leader. He seems to resist the responsibility of actually running for Leader, though he did serve one term as Deputy under Mon-El.

In the meantime he is perhaps the most visible Legionnaire on Earth’s social scene. Dirk, who keeps a room at his father’s Metropolis residence as well as an apartment in Legion Headquarters, is one of the city’s most eligible bachelors.

When he’s not studying advance sciences at Metropolis University he is busy furthering his famed social life by romantically pursuing a number of Metropolis’ most eligible bachelorettes. Dirk has dated SP officer Gigi Cusimano, Legion Academy student Laurel Kent, and fellow Legionnaire Shrinking Violet. He has never been associated with any one woman for any length of time.

Sun Boy has played important roles in many key battles including several attacks by Dr. Regulus, the Earthwar, and the attack of the Sun Eater, which was lured from destroying Earth by Sun Boy’s power.

Sun Boy is a moderately tall, well-built man with blue eyes and reddish blonde hair. He’s very attractive, and women go crazy over him. He wears a bright costume of red with yellow accents and has a sun symbol on his chest.

As mentioned, Sun Boy is a player, a ladies’ man who enjoys dating and romancing women and shows no inclination to settle down. When it comes to the Legion, however, he is very dedicated and, though a fun guy, he takes his work seriously.

When angered or the stakes are high, he can be an implacable foe, and when he unleashes the full range of his powers the effect can be awesome.

“After you’ve been a Legionnaire for a while, you’ll realize there’s no shortage of slime in this universe—human or robot varieties.”

“I’m getting tired of people trying to blow me up ! You’d think by now they’d learn Legionnaires die hard.”

“Humanity isn’t an accident of birth, it’s a state of mind. You’re a living, breathing person if you want to be, Laurel. You couldn’t have faked it all those years otherwise.”

“I believe you were going to see my molecular motion sculptures, my dear ?”

Phantom Girl: “Sun Boy, is it really necessary for you to describe every woman you encounter in physical terms and innuendo ? Deep in your heart even a womanizer like you must know there’s more to a woman than her body.”
Sun Boy: “Oh, I know that, Phantom Girl. But can I help it if bodies are what I like best ?”

This is the pre-boot character. He’s appeared post-boot but hasn’t been a major character. These stats would, I think, work for both versions. Nothing special needs to be done to fit him into one or the other.

My favorite is to use the original, but specify that his career as Superboy is limited, and only takes place in the 30th century. Or you can use some of John Colagioia’s very intriguing suggestions, such as using Arn “Iron” Munro or Hugo Danner/Gladiator. Or if you want to be boring, you could use the current Superboy/Kon-El.

In the Adventure era, Sun Boy was portrayed a bit differently. Use the stats below to better reflect the Adventure-era stories:

Equipment:
Standard LSH equipment of the time was either the LSH FLIGHT BELT or the earlier version of the LSH FLIGHT RING. See Legion Equipment write-up.

See the separate write-up for Dirk Morgna, if I ever write it.

I gave him Heat Vision with a Bonus rather than Flame Project; Sun Boy projects heat and light, not flame, and he can use his powers in space or underwater, which wouldn’t be the case with Flame Project. 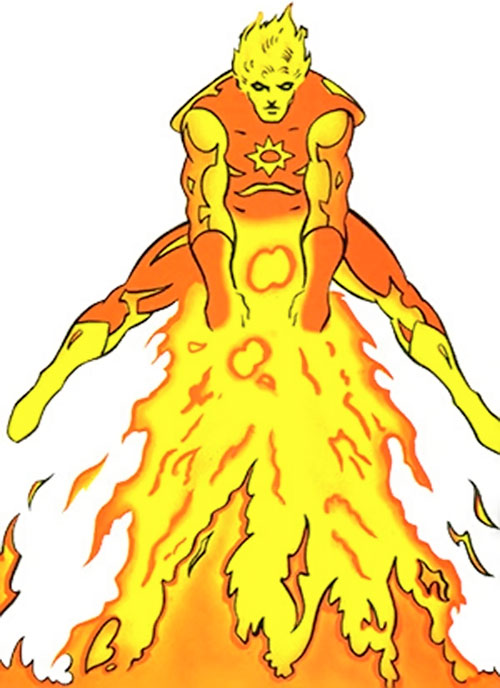 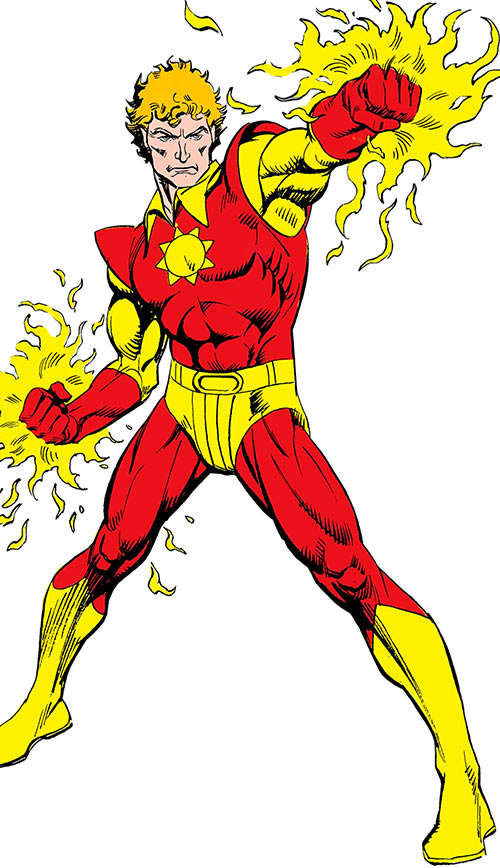 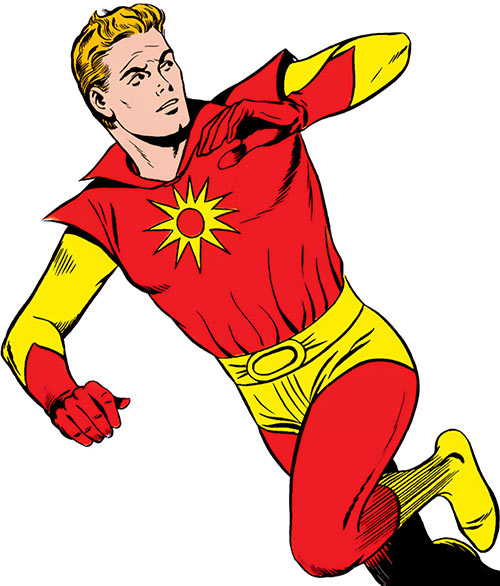