Roberto has received additional physical training. His power also seems to be more stable, more reliable and providing a greater output. For instance we see him throwing a centennial oak for half a mile (about a STR of 15, in DC Heroes RPG terms).

Like the rest of the New Mutants, Sunspot is trained to resist telepathic control and detection.

Though he’s fairly good at resisting mental stress, Roberto discovered to his dismay that he’s more vulnerable to spiritual attacks such as the demonic darkness within Cloak (in DC Heroes RPG terms, SPI).

(As usual, you can further refer to our New Mutants team profile, which has a full account of all the events about the team.)

(This section continues directly from our first Sunspot profile.)

The young mutants thus discovered the “lost colony” of Nova Roma. However, Roberto was chiefly concerned about his mother, who had gotten separated from the youths and was feared dead.

The New Mutants allied with a local young mutant, Amara – who would soon join the team as Magma. They also got unwittingly involved in the murderous Nova Roman politics. The youths discovered the role played by the dark priestess Selene, an immortal mutant of great power. 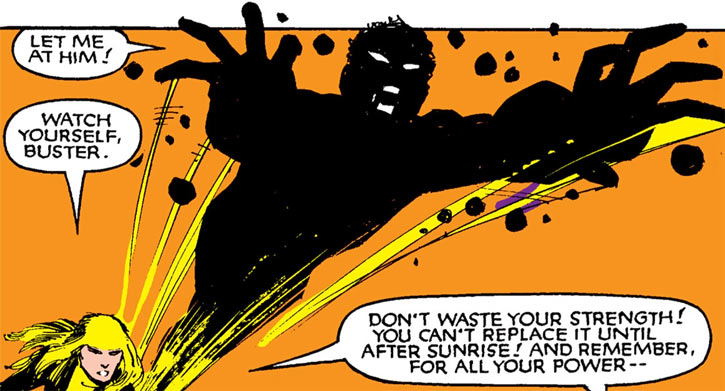 In the mess, Sunspot found his mother alive, and freed her from Nova Roman gaols. Mother and son led a small rebellion for anti-Selene factions against the pro-Selene faction.

It was Sunspot who eventually took Selene by surprise and hurled her in molten lava before collapsing a cliff on her. However, he did so knowing that it probably wouldn’t kill her.

Then sir, I’m half an orphan

Roberto also narrowly prevented his mum from being shot dead. Interrogated, the shooter admitted to be working for Emmanuel da Costa and the Hellfire Club.

Mrs. da Costa was still making excuses for her husband even after this. Nina argued that Emmanuel had ordered to keep her alive, and the hired thug was ignoring those orders. Roberto, on the other hand, felt bitterly betrayed by his father.

Once the New Mutants were back in Rio, Roberto went to confront his father to demand explanations. Both men lost their temper, making accusations and rejecting each other. They would remain estranged until Emmanuel da Costa’s death. Yet, Emmanuel did not actually disown Roberto.

Back to the USA (and the New Mutants)

Though Sunspot had significantly gained in strength, confidence and competence during the previous months, this era was marked by two particularly nasty experiences.

These left him unsure of himself, and demolished a good part of his progress.

The first was partial possession by the darkness normally hosted by Cloak (Tyrone Johnson). Though he was certainly a courageous lad, Sunspot proved to have but a fraction of Johnson’s spiritual fortitude. He much more easily fell prey to the hate and fear that the darkness embodied, until the possession was broken by his friends, Xavier and Cloak and Dagger.

Roberto’s reaction to this traumatising experience isn’t documented, but it cannot have been good.

Some months later, Sunspot and Magma were forced to become gladiators in the bloodsport arena run by Karma, then possessed by the Shadow King. They were told that if they didn’t fight mutant children would be sent in in their stead, and slaughtered.

They were also forced to drink a drugs cocktail making them more aggressive, unhinged and less in control of their powers.

Despite all this, Roberto and Amara apparently managed not to kill anyone, and recovered from their brutal experiences. Since the drugs cocktail dulled physical pain, it is possible that the drugs’ effects helped them withstand their time with the Gladiators by making it hazy and difficult to remember.

When not in uniform, Roberto occasionally wears a shirt with an unbuttoned top revealing a manly necklace. He goes for the early 1980s warm weather muito macho look.

During his time with the Gladiators Sunspot gained at least one major scar. It was a spiked mace impact streak along the right half of his abdomen.

Roberto is increasingly experimenting with being a charming, chivalrous ladies’ man. This was clearly present, but this is stepping up. Perhaps this is because he finishes working his way through his grief over Juliana’s death.

On one hand it feels forced since he’s 14 or 15, but on the other he does have the education and natural charm to pull it off… on teenagers.

As a result there’s some silent romantic tension between da Costa and Moonstar, though it’s on the level of general teenage longings.

Xavier describes him as a “most precocious lad”. Yet he suspects that da Costa still has a lot to chew threw to deal with the deaths and estrangements around him.

During the end of this era Roberto is on edge, making him temperamental even toward his friend. There’s a reference to this being caused by the Beyonder, which doesn’t seem to make sense . Perhaps there was an editorial issue with Secret Wars II plot coordination (or perhaps I missed something).

An alternative, No-Prize  explanation is that it was caused instead by his experience with the Gladiators. This would work fine, chronologically.

Sunspot used to have a very good relationship with his father, who was also his best friend and confidant. To realise that Emmanuel had been so warped by ambition and his craving for victory as to take measures against his own wife was a big shock for Roberto. He felt deeply betrayed.

On the other hand, Roberto and Samuel Guthrie have become close friends despite their ample differences. It may simply be that they are the only two boys among the small roster. But in any case, this is the beginning of a lifelong friendship.

During this era, Sunspot resents authority over him. This started as he chafed under Xavier’s overprotective ways, and became worse after Roberto clashed with his father. Thus, he’s openly rebellious toward Xavier, and far more willing than the others to suspect Professor X of being a manipulative cocksplat (and he’s not too wrong, really).

He even becomes a tad curt toward Danielle when she gives too many orders.

Sunspot still prefers to make dramatic entrances. If there’s a fight going on and he can enter the battlefield by bursting through a big wall, you can bet your cu that he will. Even though that wastes a non-trivial percentage of his solar charge (hence the Irrational Attraction – even if his player tries not to waste charge, Roberto might do it anyway).

Though it’s a bit silly, Sunspot does have a good track record with it. His scenery-chewing, wall-punching entrances tend to incapacitate his opponents through dumb luck, by catching them in an explosion or under pieces of concrete. In DC Heroes RPG terms, this is done using Hero Points  for environment alteration.

“Vixe Maria !” (it’s “blessed madonna !” in the comics, but I’m assuming that Roberto is exclaiming in Portuguese)

(In an humorously over-the-top scenery-chewing delivery) “You — my supposed friends — turn on me, too ? By all the saints in Heaven — by all the sinners in Hell — truly, there ain’t no justice !”

Note:
These are when depowered. See “Solar Power” below for full explanations.

His power output seems more stable and predictable. Which simplifies the modelling. Which is good.

When in “black body” form, Sunspot has :

There are two cumulative modifiers for the STR score :

As in the first writeup, this is technically a complicated Loss Vulnerability lowering his scores when not interaction with unliving objects and when not in “black body” state. Here it is presented in a simplified and more intuitive manner for in-game use.

Each Dice Action undertaken in this enhanced state costs an Ammunition. An Ammunition can also be spent for 1-5 minutes minutes of Automatic Actions (depending on exertion level).

Roberto now has Ammo: 06 for his power. Whenever the sun sets, he automatically loses one Ammunition.

In ideal situation (a bright equatorial day), Roberto can regain one Ammunition every four minutes (6 APs of time). He cannot regain Ammunition at night, underground or if isolated from the sun by unusually thick obstacles.

Roberto can regain Ammo without solar exposure by spending Hero Points to tap into his deep reserves. The fee for each Ammo thus regained is half the Desperation Recovery fee (round up).

Must be the Kirby spots…

As a minor perk, spending an Ammunition and assuming his powered form counts as a Force Manoeuvre for Character Interaction purposes, using his new STR score.

Man of steel, land of kleenex

Incidentally, the heightened STR or EV when interacting with non-living obstacles and opponents isn’t a rare occurrence.

The ur-exemplar of this are the Dragon Ball animés, and other high-spectacle Japanese material. Characters make tremendous demonstrations of destructive powers, but once you model the power hierarchies starting from the human characters, the mountain-shattering attacks are way more survivable than they look.

In many cases it is not necessary to model this with a special bonus like we did with Sunspot. DC Heroes deliberately allows unenhanced humans to reach high BODY values. And in a sufficiently fluid Genre using Hero Points for RV boosting and Last Ditch Defense allows high-BODY humans to be impossibly durable, like in many super-hero settings.

But when it comes to Roberto, the difference in performance level at this stage is too important to ignore.

Writeup completed on the 3rd of November, 2016. 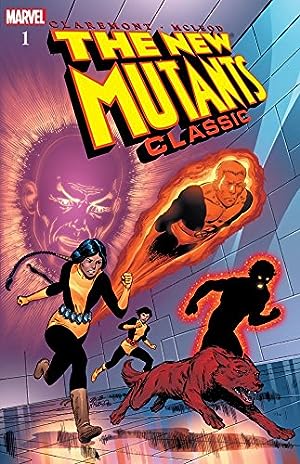 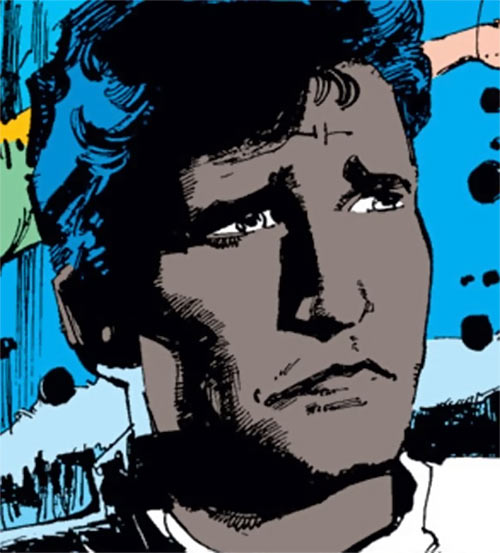 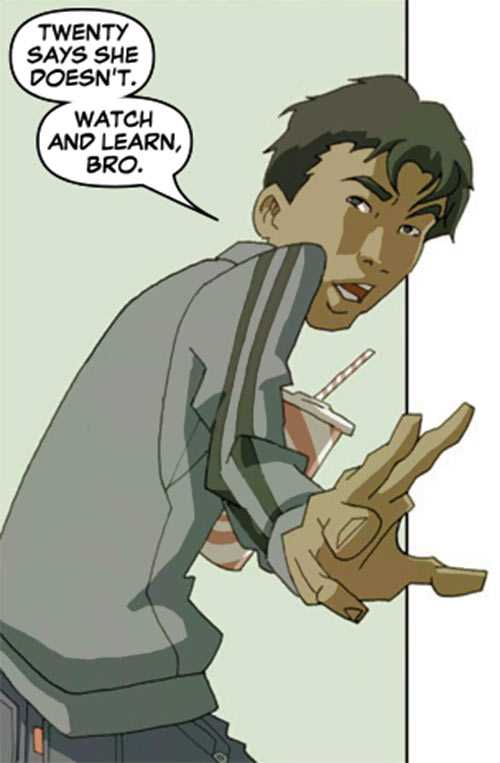 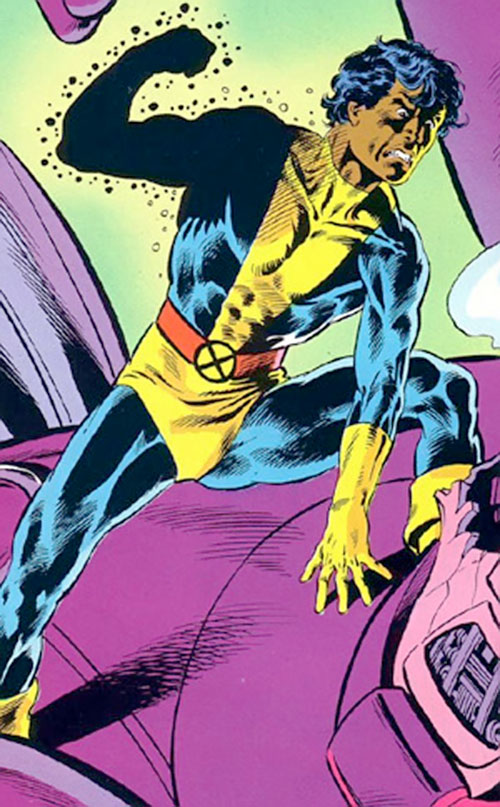