Sunspot is a mutant with the ability to absorb and store solar radiation. He can then release it as increased strength, slight resistance to physical harm, and as concussive blasts. He has also learned to control his output well enough to fly.

Previously, Sunspot was limited by the need to maintain his reserve by remaining in sunlight while using his power. Out of direct sunlight, he would quickly expend his energy and lose his strength.

Since having merged with the Reignfire entity, Bobby has a much greater mastery of his powers, so that it seems it is not possible for him to completely tap his reserves.

Blame it on the sun

In fact, for many issues after his power increase, Bobby could not “power down” out of his solar-charged form. Now he has regained a modicum of control, he may change back and forth at will.

It is known that an increase in available solar radiation also increases his power level. For example, while in Asgard, whose sun is much nearer the habitable regions, his strength increased proportionally, and he was easily stronger than most native Asgardians.

Roberto Da Costa is the son of a deceased Brazilian millionaire and his American wife Nina, an archaeologist. He was a founding member of the New Mutants and a longstanding member of X-Force.

In a battle against the mutant terrorist Reignfire and the Mutant Liberation Front, Sunspot was kidnapped by MLF member Locus. Months later Reignfire was unmasked as Sunspot, claiming to have been Reignfire all along. Fortunately, Cable was able to rehabilitate Sunspot through his Askani discipline and training.

It was eventually shown that “Reignfire” was in fact another mutant whose degenerative condition had been cured using Sunspot’s DNA to enable him to absorb solar radiation. This process had inexplicably forged a psychic bond between the two.

However, there were certain inconsistencies to the story, and now that the entity seems to be deceased (or at least lobotomized), we may never know the truth.

In the final issues of the regular X-Force series (before it was taken over by Warren Ellis), Sunspot was blackmailed into joining the New Hellfire Club under the tutelage of Selene, the Black Queen. In exchange he would be able to give his first love, Juliana Sandoval, a new chance at life.

When Sunspot agreed, Selene’s ally, the demonic Blackheart, released Juliana’s spirit from limbo. He reincarnated her into the body of a recently deceased New York teenager. This plotline was effectively terminated by the “Revolutions” plotline under Ellis, and by the debut of the new X-Force team (later called the X-Statix).

It was recently revealed, however, that Sunspot left the Hellfire Club and is currently a member of Xavier’s X-Corporation, Los Angeles Branch.

Roberto is a handsome mulatto in his early 20s. Though somewhat on the short side, Roberto has a lot of charisma and presence for one so young.

When he activates his power, he rapidly absorbs ambient light around him becoming completely black, with his eyes and mouth appearing white in contrast. He appears to “crackle” with black spots of energy. This may be just dust motes affected by his energy absorption, or some kind of energy discharge.

His costume is an all-over body suit with gold technical attachments that may be power regulators to help him to control his power releases.

Roberto is still hot-tempered. But he’s a lot more mature than his old New Mutants days, when he thought with his fists, and would fly into a rage at the drop of a hat.

He has become Sam Guthrie’s opposite number. While Sam is cool and level-headed, the planner and thinker of the team, Roberto is the fire and passion of the team. Together they make a formidable pair.

Roberto has inherited his father’s entire estate. He has learned from his experiences with Gideon that money is a tool, a means to an end, and no longer seems to fear the corruption that often comes with great wealth. In fact, Roberto was the sole financial support of the team for some time.

Roberto is still quite egocentric, but his great loyalty toward his friends makes him tolerable.

“It’s a cruel world, and Magnum’s in reruns, Sam. It’s time to get tough.”

Many of Sunspot’s former Limitations have been eliminated in this iteration. For example, he has evidenced a far greater ability to store solar energy, such that it has become far less likely for him to exhaust his reserve of solar power (he never did so in this version), even when deep underground and constantly “powered up”.

It was never definitively shown whether or not Sunspot, post-Reignfire, could still increase his physical Strength. For purposes of this writeup, it assumes that he lost no abilities in the advancement of his powers. 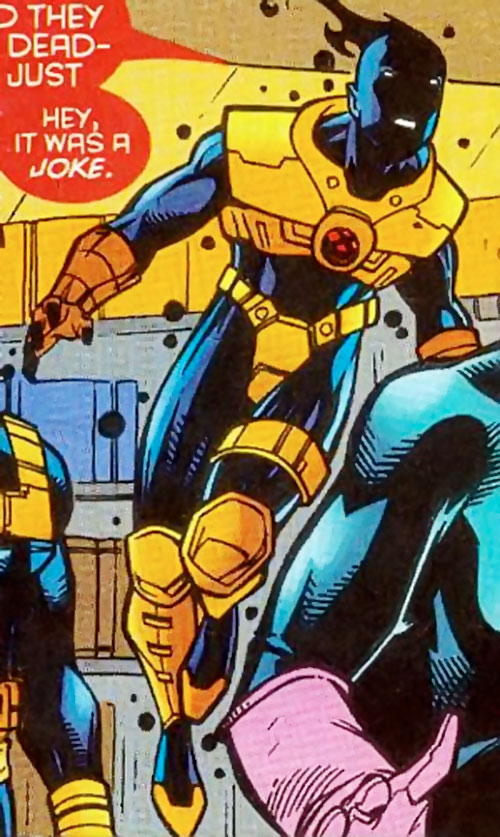 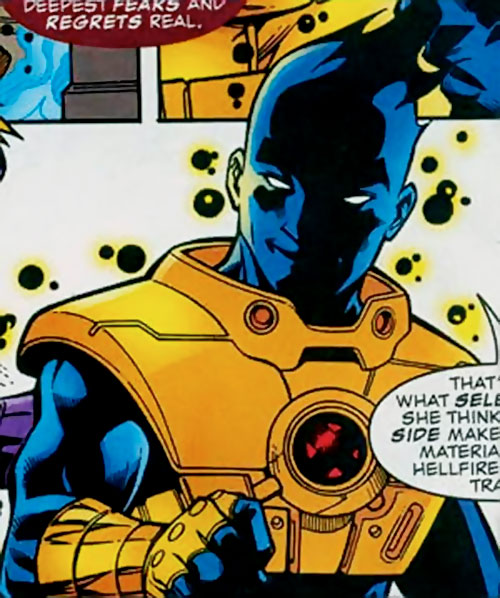 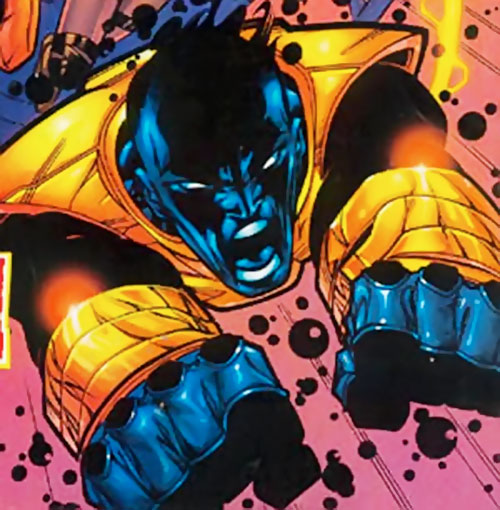 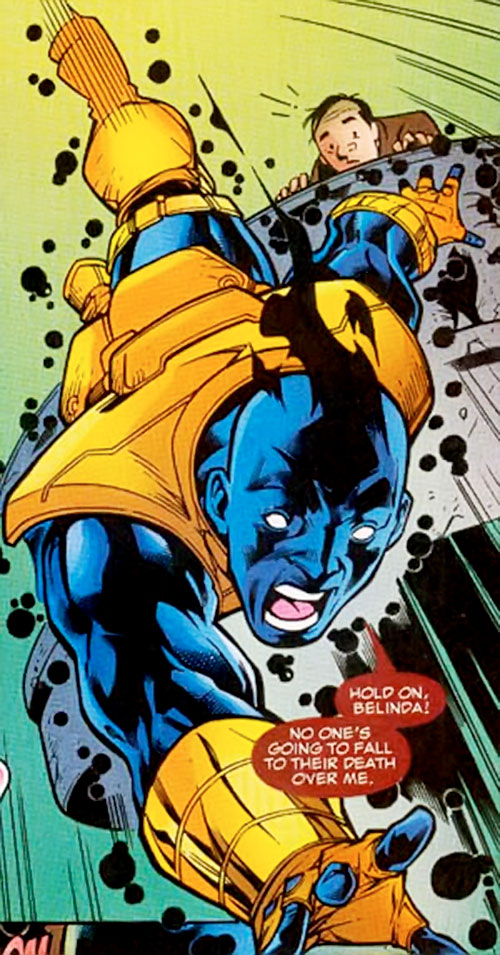