Nuku Nuku was built by Kyusaku Natsume, ex-husband on the run. In the divorce, he got the boy and his wife, Akiko, got the megacorporation, Mishima (actually, she doesn’t own it, but she can abuse it). As Akiko was desperate to get back her son, Ryunosuke, Kyusaku had to finally finish android NK1124 which he’d been working on previously for Mishima.

Nuku Nuku was rebuilt as a young high school girl to protect Ryonosuke. As Kyusaku was a teacher the same school, Nuku Nuku was in several of his classes but in none of Ryunosuke’s as he was effectively an elementary school student.

You can probably see where this is going, but in the battles to come, Nuku Nuku battled Akiko’s henchgirls Arisa (violent a.k.a. psycho) and Kyoko (mild-mannered) who used such vehicles as Poison 1, Mishima’s VTOL gunship.

Nuku Nuku obviously has a few difficulties figuring out what is expected of her as a human. But her cuteness smooths over any major difficulties (at least with most men).

Besides her enhanced physical strength, the only normally visible sign of her origins are a pair of cat ears which flip up out of her head when she’s stressed. She also has a habit of taking off on all fours after mice, and lists her favourite food as fish, and pastime as sunbathing.

Bonuses and Limitations:
Power Reserve can be used after Nuku Nuku spends an automatic action to flip up ear sensors.

By Tony Figureoa, Knight of the Black Rose. 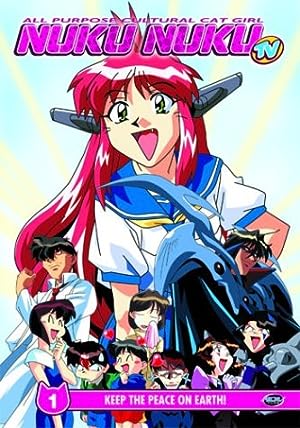 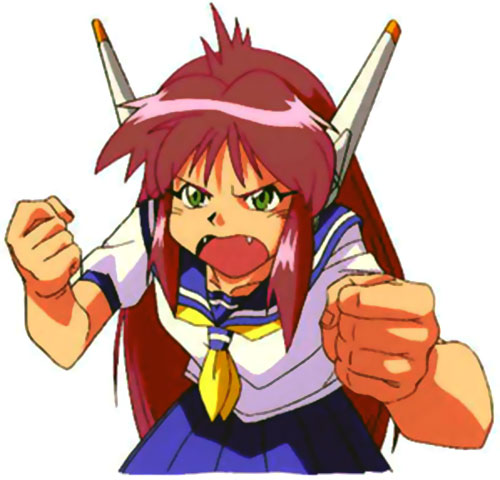