Her powers, though, were sufficiently ill-defined as to make the ability to sense when other people might be in danger (Detect) seem natural enough.

When Liandly’s scientist father was preparing to test a teleportation device, the young girl from Rolez was too curious for her own good. Tinkering with the controls while her father was preoccupied, she fell into a portal which whisked her off to far-away Earth (Earth-2, to be precise, in the mid- to late-1950s).

There, she encountered Superman who was as surprised as she was at her newfound powers.

Until the location of Rolez could be determined, Superman (a.k.a. Clark Kent) and his wife, Lois Lane Kent, invited the young alien girl to stay with them. At Lois’s suggestion, they called Liandly “Linda Lee,” a natural Americanization of the alien name.

Liandly’s presence turned out to be to everybody’s benefit. Colonel Future used a gravity weapon to drain Superman of his gravity-derived powers, then trapped the Man of Steel in heat-proof manacles. Liandly, following Superman into battle on a hunch despite the danger, held the Man of Tomorrow’s hand and seemingly restored his incredible strength by unknown means.

After the battle, the energy which sent Liandly to Earth apparently wore off, presumably returning her safely to Rolez and her father.

Liandly is a small girl, though seemingly stocky or muscular. She has curly blonde hair down just past her shoulder and a round face with a strong chin. In terms of size, a dress originally bought for Lois Lane Kent’s niece Suzie is a perfect fit.

Her “costume,” is, of course, an outfit from Rolez. She wears an orange “jumper” that looks like a pair of gym shorts attached to a vest by way of a wide dark orange belt. Beneath this is what appears to be a black tank top with a white stripe. Purple boots with black trim, for reasons of alien fashion, round out the ensemble.

Liandly is a fairly typical precocious young girl. She essentially alternates between believing that she’s taking part of a grand adventure and being miserable at being away from home. In any event, her powers are more a minor novelty than anything else.

Despite that oversimplification, however, there is obviously something heroic in the girl. Thus, with unproven and unknown powers, she entered a dangerous combat zone on a hunch to help Superman.

“Surprise ! I can speak your language now ! My—what’s the word ?— telepathic powers enabled me to learn it from your minds !”

“Oh, yes—I like the sound of that name ! Lois and Clark…Linda Lee is happy to be your house-guest !”

“This is all so confusing ! I never had any such powers at home ! Home…(sob) I wish I were home !”

Sure. What’s one more Supergirl between friends, really? Liandly’s story would have occurred recently, shortly after the revelation that “Cir-El” was a fraud, but before the “official” Kara Zor-El Supergirl arrived on Earth.

In this case, Liandly’s Gravity Decrease Power would be replaced by either the ability to generate sunlight or the Enchantment Power, limited to bolstering Kryptonian-like psychokinetic powers.

Liandly could also just appear in any hero’s story, since she’s not actually connected to Superman, per se.

For those who missed the connection, E. Nelson Bridwell (the writer of the “Mr. and Mrs. Superman” stories, including this one) was clearly championing the idea of Liandly being the “official” Earth-2 counterpart of Supergirl. That was despite Power Girl having been around for nearly a decade. To fill out the evidence:

And, by the nature of the “Mr. and Mrs. Superman” strip (set in the early days of the Earth-2 Lois and Clark’s marriage), Liandly would have appeared about 15 to 20 years earlier than Power Girl and about ten years before Supergirl arrived on Earth-1.

She thus would be the first “Supergirl” of any of the Earths. Almost. Except for those pesky publication dates, I mean.

An interesting approach might have been to imply that little Liandly would eventually grow up to be Power Girl. But Bridwell didn’t do any such thing and her powers speak against the idea.

Bonuses and Limitations:
Gravity Decrease has a Range of Touch and can only counteract the effects of artificially-induced gravity.

It is possible that Liandly has a Loss Vulnerability or Power Loss Drawback (Powers, Insta-Change, and BODY Attribute) which surfaces when she is on Rolez or when she is not on Earth. However, without evidence either way—and with the possibility that the teleportation device altered her—this is not listed.

Attributes are mostly guesswork, representing her wild guesses at her powers, the relative nonchalance about what has befallen her, and the simple fact that Lana Lang barely acknowledge the girl when Lois introduced them.

I almost went for a hacked Danger Sense, expanded to tell when other people will be in danger, or Precognition, rather than Detect, but figured that Detect was the cleanest way to go.

Gravity Decrease is also mostly a guess. Colonel Future cancels out Kal-L’s gravity-based powers (strength, flight, et al), and Liandly restores them with a touch. How? We don’t know. Superman and she are as surprised as we are.

It might be Enchantment (only to restore lost Powers) or Neutralize (only against Neutralize). But, since she already has gravity-altering abilities, as far as I can tell, Gravity Decrease seemed like the best bet. 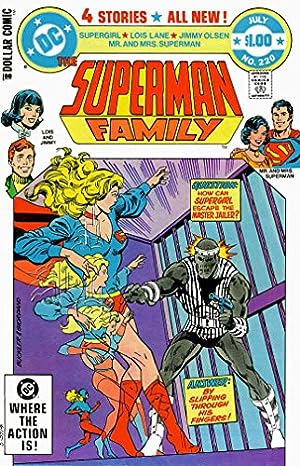 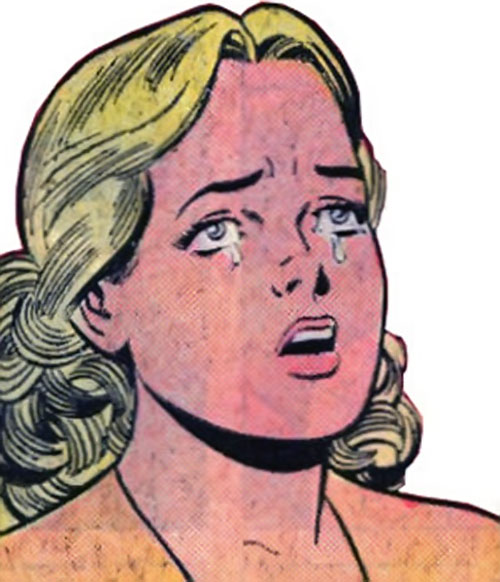 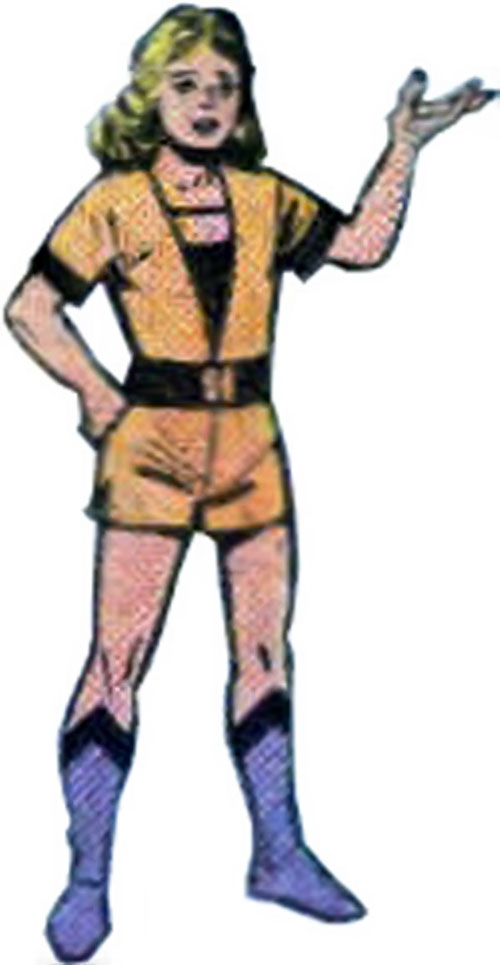 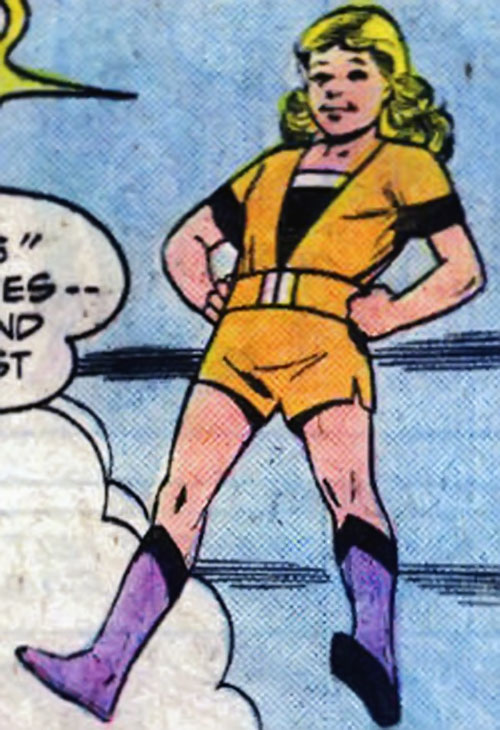