Extent of operations:
Japan, with the occasional world tour. 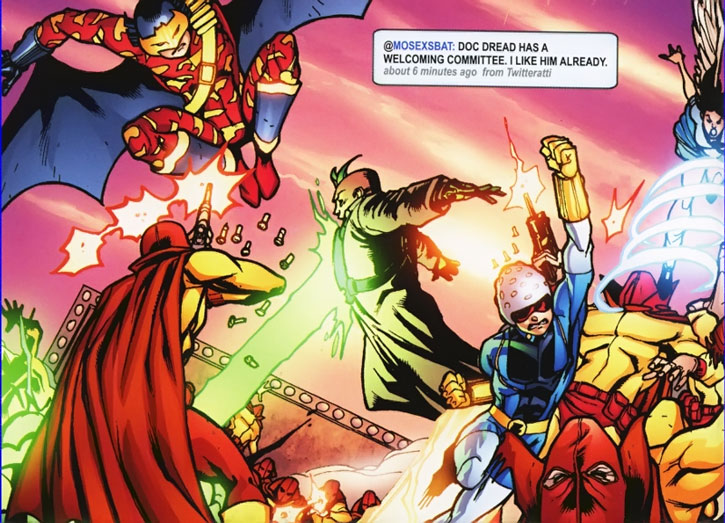 The famous Sonny Sumo turned up at one of their favourite clubs. The Super Young Team tried to get his autograph, and maybe see if he wanted to join. He wasn’t interested. 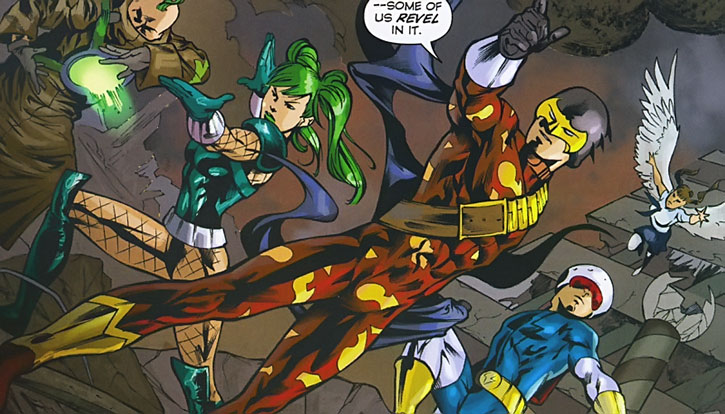 They remained on the run as Darkseid’s anti-life equation conquered Earth. Mister Miracle’s motherboxxx led them to the surviving Checkmate forces led my Mister Terrific. They joined with Checkmate and the remaining free heroes to beat Darkseid and save reality.

Accepting their government’s wishes to boost them into a worldwide brand, the Super Young Team were assigned publicist Justin Hanover. He took them on a global tour. It launched with a celebrity party aboard their opulent new satellite headquarters, which none of them were particularly enamoured with. 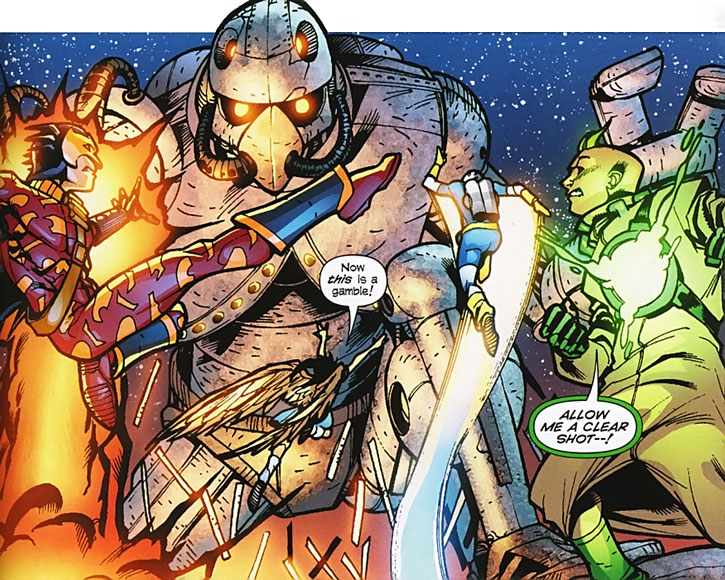 They attacked Doc Dread’s place, beat his henchmen, then realised he wasn’t doing anything particularly villainous. They got to talking and he invited them in for drinks.

It was cut short when they saw a report that Aquazon was in danger from a brainwashed mob. Oxy-Gen was a plan by the entity known as Brain Drain to gather an army. They tracked it to a factory facility and managed to shut it down.

The team’s first convention dedicated to them was arranged in Dubai. It was crashed by the P.T.A. (Parasitic Teutons of Assimilation), who used the team’s powers against them. The team won, but Aquazon’s frustrations boiled over and she quit.

Hanover decided a team split would be good for publicity, paving the way for a reunion. The rest of the team drifted apart. However Superbat and Lolita Canary didn’t give up. They investigated why they were being distracted from their shut off homeland.

They uncovered proof their publicity tour was part of their government’s plan to get the team out of the way. In this way, they wouldn’t learn how badly their country had been damaged by the Final Crisis. Armed with this knowledge, Superbat gathered the team back together.

The ghost of Ultimon Alpha, who’d been haunting Superbat for a while, appeared to the team. He told them to put their frivolities aside and see to their country’s welfare.

Before they could return home they learned that Rising Sun, one of their most vocal detractors, had gone on the rampage in the ruins of Midway City. Responding, they discovered he’d been taken over by Mister Mind. Beating Mister Mind, they were unable to save Rising Sun.

Turning their attention to home, they learned Japan wasn’t in much worse shape than anywhere else. The government’s paranoia had caused them to try covering it up, and things had gotten out of hand. Secretly buying up the country, Superbat put a covert end to the problems.

The team then returned to being fabulous. 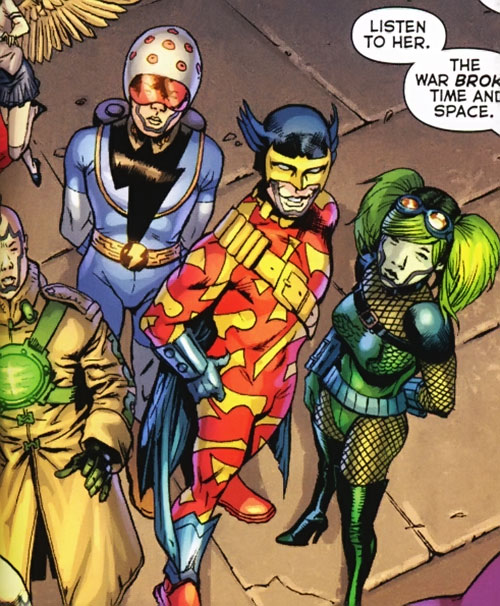 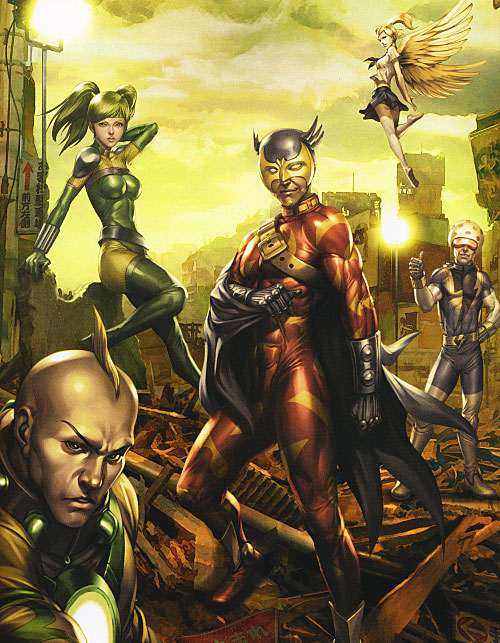 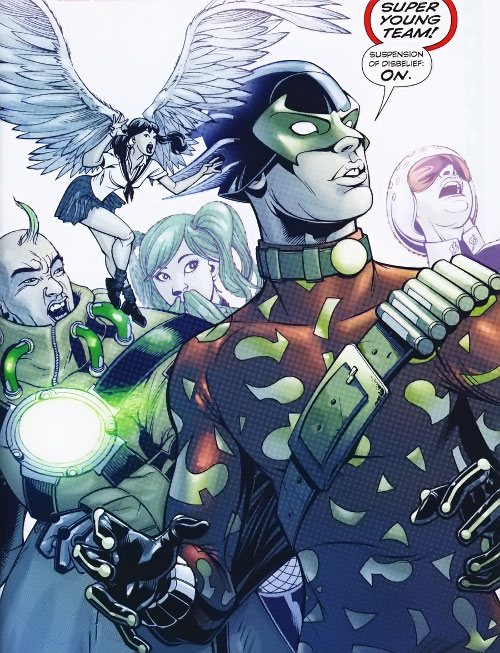 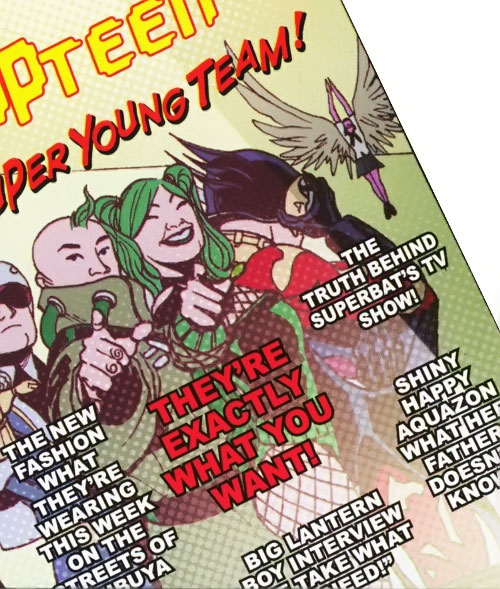