This profile is composite for various superkids seen in pre-Crisis “imaginary stories”. The vast majority of these characters are indistinguishable except sometimes by name and issue number, hence the generic approach.

“Imaginary stories” were a recurrent feature of Silver Age  DC Comics, particularly in Superman titles. They dodge the static nature of super-hero comic books back then by postulating one-shot futures, which aren’t part of the normal stories’ continuity.

In this article, Larry Kent is, of course, not to be confused with “Black” Larry Luthor, son of Lois Lane and a reformed Lex Luthor. Larry killed his father and dedicated his teenage life to becoming a greater villain than Lex ever was (The Wife of Superman’s Foe in Lois Lane #34; Lois Lane’s Outlaw Son in Lois Lane #46).

Likewise, this does not cover the unnamed (dreamed) son of Clark Kent and Lana Lang, who appears to have all of Superman’s powers at fairly high levels, in The Girl Who Deserted Superman in Lois Lane #43.

Generally speaking, the super-tykes have a fraction of Superman’s powers. The actual set varies.

Almost all, however, can:

In a variety of Imaginary Stories appearing throughout the runs of Superman’s Girl Friend, Lois Lane and Superman’s Pal, Jimmy Olsen, Lois Lane’s wish to marry Superman comes true. In a reasonable fraction of these stories, the two lovebirds have a child.

In the vast majority of those stories, the kid is a background character, often displaying minor abilities in a Kryptonian vein and getting little more than a single, childish line.

Such children might be destined to grow up to be superheroes (or supervillains) themselves. But there is usually no evidence of this at this point in their lives.

An exception is Jor, the baby from Lois Lane #94 and #96, who exists in an alternate universe accessible through a magic mirror. His powers were transferred to Earth-1’s Lois Lane while he was in her care. Lois lost those abilities upon returning home, though Jor’s fate is unknown.

To the very last one, generic offspring of Clark Kent and Lois Lane begin lives as slightly oversized babies with blue eyes and a crop of black hair. By and large, they are heavy-set, and wear a blue jumper with a red diaper or short pants. Some of them also wear tiny red capes.

In rare instances (some cover shots, basically), they wear tiny versions of those uniforms worn by Superman (minus the legs) or Supergirl.

In public, of course, to preserve Superman’s secret identity, the kids usually wear typical clothes of the day, leaning heavily toward reds and blues.

The children unilaterally lack a strong personality, as the story only rarely involves them directly. When it does, their strong curiousity is frequently used to drive the plot and reveal an awkward piece of information to Lois Lane.

Sometimes they talk like Bizarro. But I assume that’s unintentional on the part of the writers and they’re meant, like Clark as Superbaby, to merely be ignoring the rules of English grammar.

As long as Lois Lane remains married to Clark Kent in continuity, such a character is at least plausible.

Drawbacks:
Loss Vulnerability (Small quantities of kryptonite), Misc (Probable weaknesses to kryptonites, magic, non-yellow suns, et al. Other precedent suggests that they won’t be exactly the same as Superman’s, since she’s half-human, so the GM is free to wing it).

Equipment:
BELTS [BODY 12, Radio Communications (Receive Only): 02, R#2. The belts, when they exist, contain infinitesimal green kryptonite granules, powerful enough to cancel the children’s super-powers when Clark or Lois uses a control watch to activate them by triggering a lead shield to cover or uncover the radioactive element] 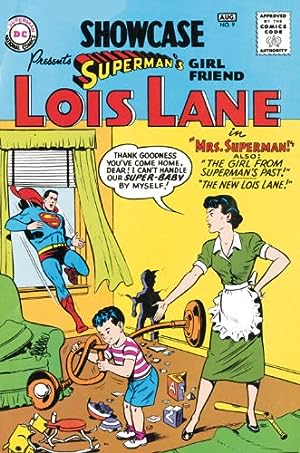 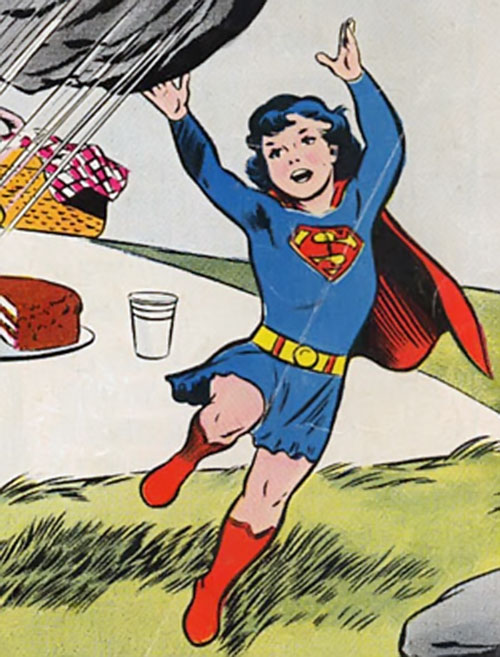 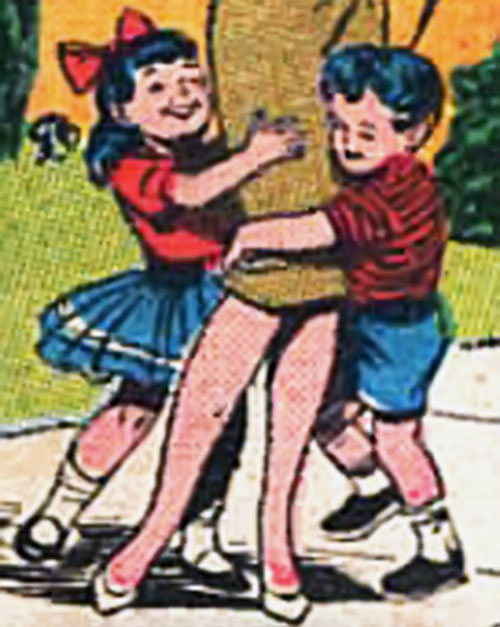 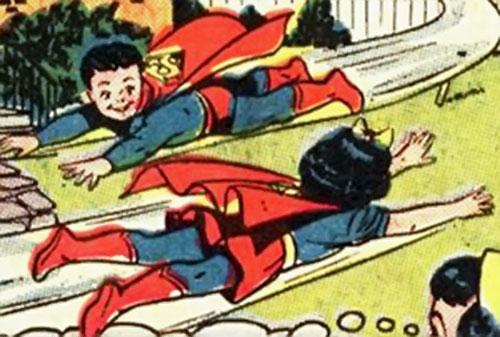 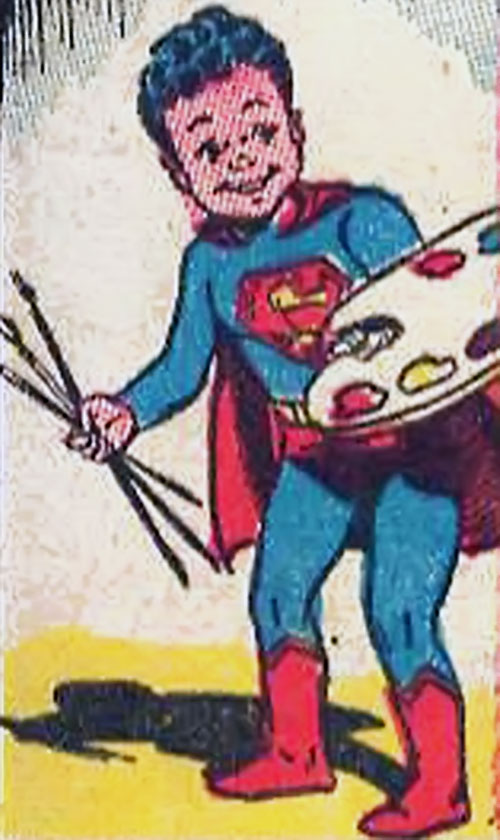 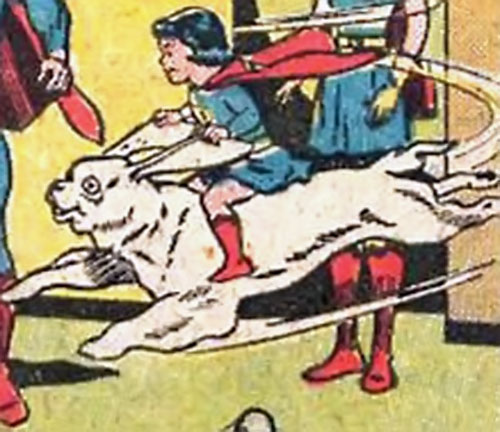 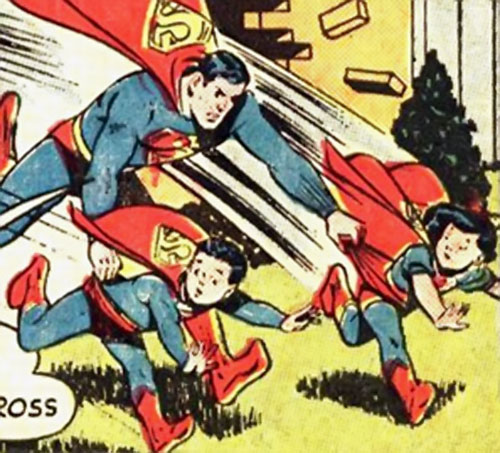 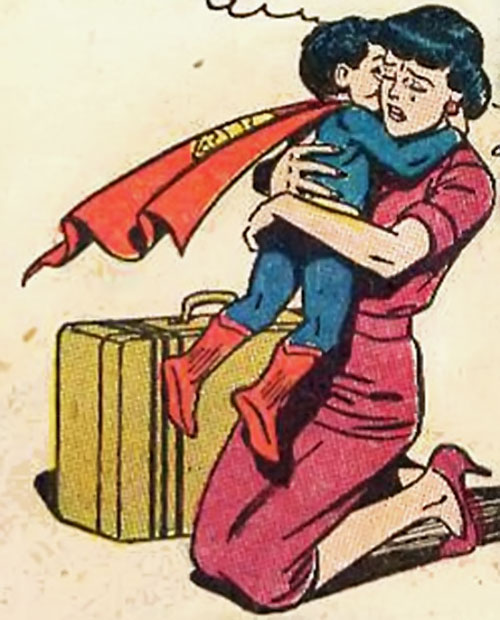 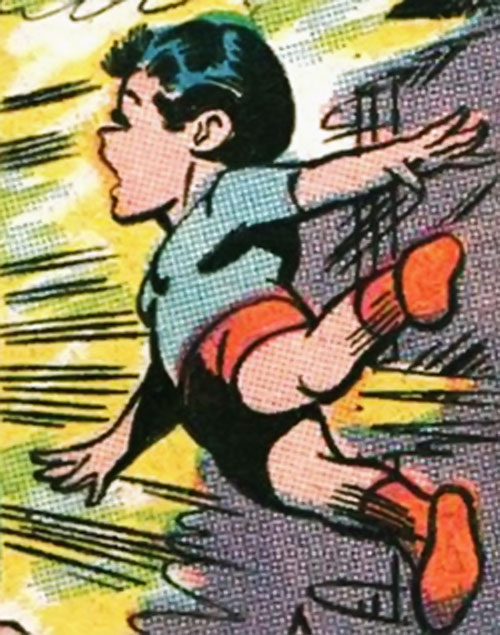