Fresh from the Miami Police Academy, Dave Speed had been sent by his partner, Sgt. Willy Dunlop, to a swamp village known as Creektown. They were to collect a parking fine from one Jimma Palaka. The village was totally deserted, so Dave pinned a second ticket to one of the tents. Dave was about to leave when he spotted an alligator in his canoe.

Speed was about to shoot the gator, but he tried to scare him away with the noise of the gunshot instead. Unfortunately the shot hit a rocket that was being launched that day with a payload of red plutonium.It immediately detonated when the bullet hit. Dave looked into the red flash from the explosion for a few seconds before turning away.

After waking up under a mountain of sand, Dave rowed back to his motorcycle. He returned to Miami to find Sergeant Dunlop demoted to Officer and directing traffic. Officer Dunlop was shocked to see Dave alive. But Dave was equally shocked to find himself telekinetically replacing a manhole cover before Willie could fall in.

Several other examples of Dave’s newfound abilities ensued, including:

Sergeant Dunlop tried to tell the chief. But when Dave tried to recreate the fall, he broke every bone in his body.

Such a warm color

After several hours in the hospital, Dave was completely recovered. He went looking for a magician named Sylvius who’d witnessed both falls. Finally, after saving Sylvius from three hitmen who worked for Tony Torpedo, Dave asked Sylvius what he knew, but Sylvius had no clue.

He suggested, “A place, a person, a color, a noise…” but right then, Dave crashed into a red garage door. This is how he realized that it was that color, the color of the blast that gave Dave his powers in the first place, that could also suspend his powers.

At that point, Dave also realized that Tony Torpedo was transporting counterfeit money inside his fish. Thus, hepretended to go on the take to get to talk to Torpedo and get a confession.

Unfortunately, Sergent Dunlop was dancing with Torpedo’s partner-in-crime, Rosie LaBouche at the time. His inhibitions having been removed by Dave, the sarge revealed Dave’s weakness to her.

Dave took Willie to Torpedo’s boat, the Barracuda, via helicopter to search for evidence. But Torpedo’s men were in the process of sinking it. They left Willie in the freezer. When Dave returned to Headquarters, he discovered he’d been framed for killing Sergeant Dunlop.

Rosie managed to keep something red in Dave’s sight throughout the trial, but was unable to attend his attempted executions. Thus, Dave could survive the gas chamber, a hanging, a firing squad, and the electric chair.

After the fourth attempt, Dave smashed through the prison wall. He dove straight into the ocean to retreive Sergeant Dunlop from the Barracuda after asking a passing fish where it was. Speed brought Dunlop back to the surface on top of a gum bubble the size of a pickup truck.

From there Dave spotted Torpedo and LaBouche attempting to leave Miami via seaplane with hostage Evelyn Dunlop in tow. Dave managed to capture the plane. He called the a dozen squad cars to take them in, although some might have still wanted to capture Speed himself.

The bubble carried Willie to the scene, and he jumped off planning for Dave to catch him. But the two wound up going all the way through the Earth.

After calling the chief from China, Dave proposed to Evelyn, but found at the wedding that she’d dyed her hair red.

Dave Speed “looks like every cop on the street” except that he seems a tad on the slender side for an American cop.

When not in uniform, he favors plaid shirts, blue jeans, and cowboy hats.

Dave is almost paranormally optimistic, befitting a freshly graduated policeman. He smiles a bit too much, especially the last few minutes before he was taken for his fourth execution attempt.

He does take his job just seriously enough to be effective, and his powers make most of the job almost like a day in an amusement park.

Equally fun would likely be the experiments STAR runs on Dave from time to time. The resulting accidents would overload an accasional piece of equipment, and Dave might discover a new power once in a blue moon. 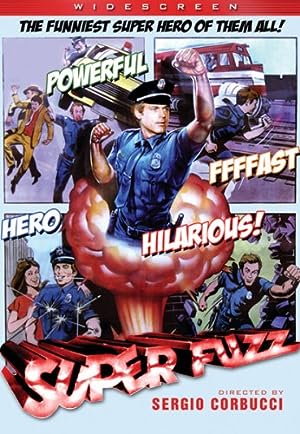 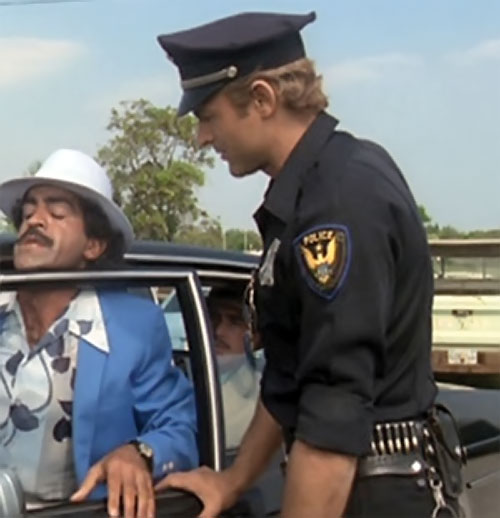 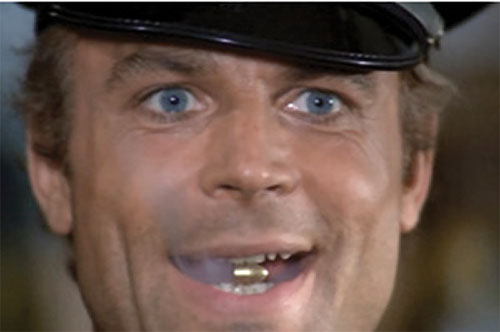 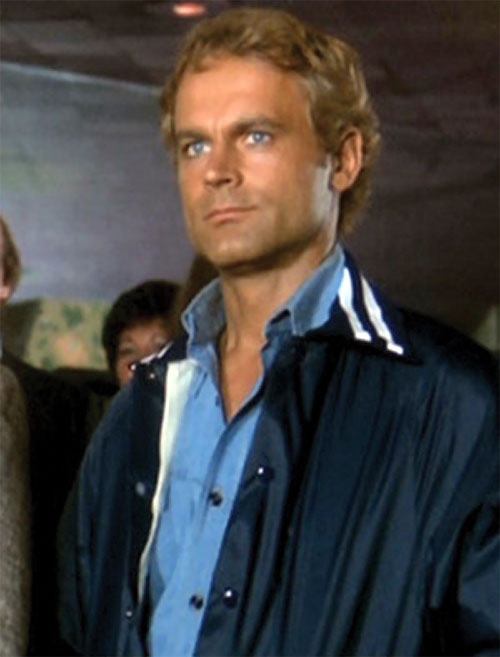