This is the version of Supergirl that was in publication from 1996 to 2003 in Supergirl vol. 4 by Peter David. It was different from previous (and later) takes.

This concept of the character was unofficially continued as Fallen Angel.

An Earth-born angel is a being created under very special circumstances. One who is deemed worthy must sacrifice his or her life to save one who is, in every way, beyond hope. They do God’s work on Earth and man’s work in Heaven. At least the truly advanced ones do.

At any given time, there are three… and among all the celestial beings, they are among God’s favorites (they are serene, yet valuable to the higher powers). They govern fire, light and love.

And I give you… fire

Now, Supergirl, who was born when Matrix sacrificed her life in order to save the corrupt Linda Danvers, is the current Earth-born angel of fire. Supergirl is now an amalgam of Linda Danvers and the Ember personality. She has flame vision, which is simply and all-purpose burning tool, and her wings.

She is presently under the impression that the wings affect only those whose intent is to do harm. She is, however, wrong. Her wings only impair on those who believe, on some level, that they deserve to be punished. A litmus test of the soul if you will.

For instance, in an early battle with Despero, her wings were lethal to him. To some degree he regrets his activities… not that one would know it to look at him. Another opponent, Fracture, had no guilt over his actions and so was relatively undaunted. The powers of the Earth-born angel always and eventually corrupt the angel herself.

Supergirl’s wings are a symbol of her status as an angel. Once her corruption has begun her flame wings will turn from angelic form to bat form. If Supergirl kills she will immediately fall from grace (and probably loose all her angel-spawned abilities).

In time, another Earth-born angel, of fire, will be born again, possibly with the reincarnated essence of Ember (who is believed to have resided in Supergirl).

Supergirl is not yet fully aware of all this, but she is learning as she goes. The other two Earth-born angels are Blight, the angel of Light and Comet, the angel of Love.

Supergirl has some of the standard powers of the Superman family. Supergirl has incredible (near Kryptonian level ) superhuman strength and speed, as well as the powers of flight, and invulnerability. She also has the power of telekinesis, which she can use to move most forms of matter with her thoughts. She can channel her telekinetic energy into blasts of mental force.

All these powers were Linda Danver’s own (in issues 75 through 80 of Peter Davis’ Supergirl series), and she has not appeared since that series ended and she gave up being Supergirl. Almost immediately after getting her powers (a gift from Matrix), Linda was shuffled into comic-book limbo, where she remains.

During most of this Supergirl’s career, while Matrix and Linda Danvers were fused into one Supergirl, she also had access to an array of mystical powers due to her status as an Earth-bound angel. These were:

Her belief in doing the Lord’s work made her very strong-willed. Whenever she believed that she was carrying out the Lord’s true will she would become an even greater force, which lasted as long as she was confident of her goal.

Supergirl retained the artistic skills of Linda Danvers, had some knowledge of the occult from her experiences, and had a personality strong enough to have created a cult of personality around her.

During the time that Linda Danvers alone, non-fused with the Matrix, was Supergirl, she did not have access to any of her Mystical Powers. Furthermore, all her Mystic Attributes are reduced by one AP each and she does not possess the True Believer Advantage.

For more information on differences between the Matrix/Danvers Supergirl and the Danvers Supergirl, read the Powers and Abilities section as well as the Personality section.

Supergirl was subject to many fluctuations in her power levels and even identity. It is suggested that the GM work out some suitable Power Complication Subplots, if possible with a psychological or mystical undertone or idea, that are played out every few campaigns.

Supergirl is an athletic and tall blonde woman with light blue eyes. She wears a blue top with the famous Super-symbol on her chest, along a pair of high, red boots and a short red skirt complete with a yellow belt. Of course she also wore a large red cloak. She is considered very beautiful by many and people are generally awed at her presence.

Supergirl in both the fused and Danvers guise is a classic heroine with strong morals and beliefs. The fused version has a very strong personality and is slightly sarcastic while she is most definitely a believer in the good. She believes that pure evil does not really exist and is a Christian and deeply believes in God and his work on Earth.

Due to her beliefs she always tries to do right, without exception. She preaches love and does not believe in hate; part of the old Matrix innocence is still there. While she may be uncertain about her own status in the world of things, she is still confident in her role and activities. Right does not make right, but with power comes great responsibility.

Supergirl does feel some responsibility towards Danvers’ friends, the Superman family and towards the Church of Supergirl.

Linda Danvers, although she got a bad start in life, was a playful and youthful Supergirl who took Matrix’s example to heart and was definitely one of the good guys. She was generally very easy to get along with, but occasionally would get scared or angry like any other human does. No doubt she was good material to make a good heroine, which she also became. 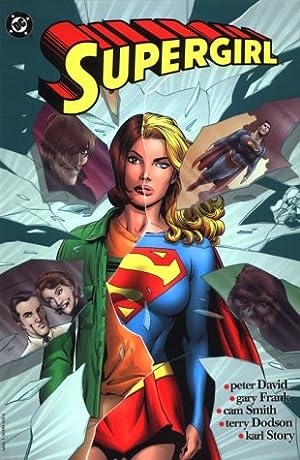 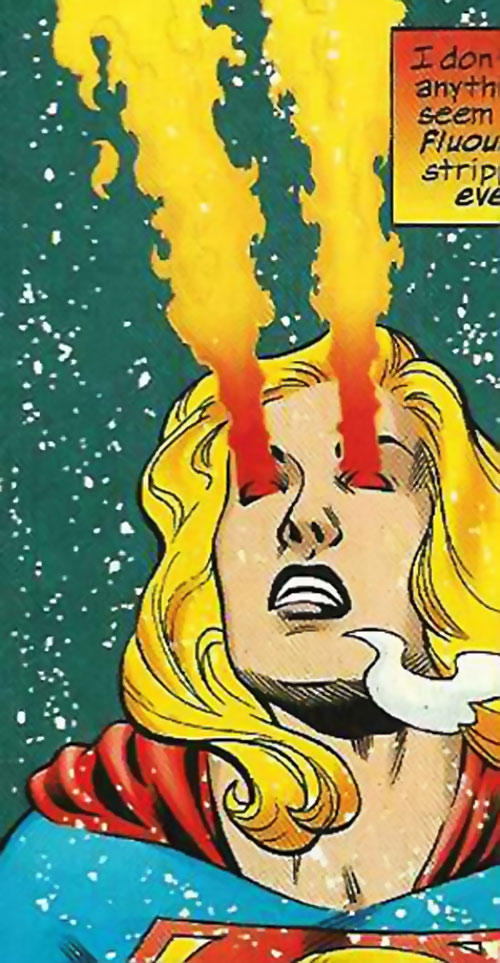 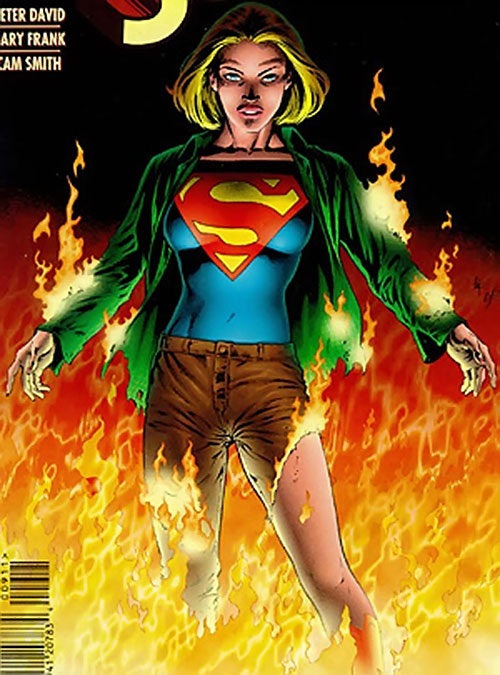