This character profile was part of John’s writeups arc about supergirls. Specifically, obscure characters from DC’s past who have used in some manner the Supergirl identity.

Queen Lucy appeared in 1949, in an early issue of Superboy.

Besides being the monarch of a small South American nation, Queen Lucy is an able gymnast.

She possibly was the best track and field athlete of her time. In a sub-par practice session, she was able to throw a discus nearly 200 feet (about 30 feet shy of the 1976 world record). She then took barely more than four minutes to run a mile (seven seconds slower than the world record at the time).

With Superboy’s clandestine use of his super-powers, Lucy appeared able to:

At the tender age of six, Lucy’s parents died. The young girl was thus proclaimed Queen of Borgonia. (Which I would imagine is in the pampa between Argentina and Brazil – Ed.)

However, being but a girl, she was held as little more than a captive by her staff for about a decade. Meanwhile they, and particularly Chancellor Norvello, erected an oppressive dictatorship. Then, on the young Queen Lucy’s 16th birthday, her trusted governess Elena helped whisk her out of the country. They settled in Smallville, Kansas.

At Smallville High, Lucy quickly impressed the class. She also won the admiration of young Clark Kent with her academic and athletic prowess. Yet all but Kent classified her as a tomboy and know-it-all. Thus, Clark made a special effort to befriend her… which fell apart when he spotted criminals looting a construction site. Clark faked an accident to get away.

As Superboy, Clark caught all but one of the robbers. Then he came upon the shock of his life, seeing “Lucy Regent” lay out the final thug with a single punch. Unfortunately, working with Superboy, even indirectly, brought Lucy publicity. This in turn brought her new identity to the attention of the Borgonian government, even as the Smallville teenagers began to finally take to her.

Shortly thereafter, Lucy was kidnapped back to Borgonia. Only the clever trickery of Superboy could release her and finally place the young queen at the helm of her nation. Yet her smitten admirer could do nothing but leave her there.

Lucy is a very pretty girl with long blonde hair in pigtails.

She’s usually wearing whatever clothes will best help her fit in, seeming to mostly favor blues and whites in her wardrobe.

As Supergirl, however, Lucy wears a short orange dress. It is trimmed at the sleeves and hem with white, spotted fur and a purple/orange variant of Superboy’s insignia on her chest. This is accessorized with a purple cape and belt, and orange boots.

Lucy is a perky young girl with a “can-do” attitude. However she also is respectful of those in authority and does not consider herself remarkably important. She was, in fact, instinctively prepared to sacrifice herself to save Superboy from a bullet.

Peculiarly, while she claims that Borgonians are huge fans of the Boy of Steel, it doesn’t seem to occur to her that the bullet might hurt him far less than it would hurt her. It’s possible that she lied and (as hinted elsewhere in the story) was as fond of Superboy as he was of her. She, in fact, wanted to return with him to America to spend more time with the Boy of Steel.

“But it’s my birthday, Norvello ! Why can’t I greet my own subjects ? Sigh…Still, you are older and wiser than I…I—I’ll do as you say. You may go now.”

“You hear what the man said ? Since you are a thief, you must not be allowed to go free, no ?”

“Superboy ! How wonderful to meet you in person ! Back home in my country, everyone admires you. Sigh—And who can blame them ?”

“Goodness ! Never have I jumped so far before !”

“Oh, Superboy ! I feel as if I were flying ! It must be wonderful really to be able to leap through the air as you do !”

Lucy would have come to the attention of the early Teen Titans, probably through Donna Troy or Wally West (who provided Lucy’s “powers”). She would become close to Dick “Robin” Grayson and saved from Norvello’s machinations only through teamwork.

Later, Lucy opened her borders to America’s superheroes during the “Legends”  fiasco.

It may also be that, rather than Montevideo in Uruguay, a city in Borgonia was destroyed during “DC: One Million.” If that is the case, and if Lucy survived, she surely would be one of the primary backers of the Ultramarines.

Before the exhibition, Lucy had the Secret Identity Drawback, since “Lucy Regent” is just an alias for the escaped Queen of Borgonia. Added to this would be Exile (Voluntary), of course.

It is also possible that Norvello might qualify as an Arch-Enemy, but Lucy’s adventures are not sufficiently known to make that judgement.

While actually the trickery of Superboy, the Powers Lucy displayed at the exhibition are listed for completeness and convenience on the chance that somebody wishes to use Lucy as a superhero. If you don’t want‘em, just ignore them. They don’t affect the rest of the writeup in the least.

Resources are a wild guess. How much discretionary cash can a Latin American monarch be expected to have? 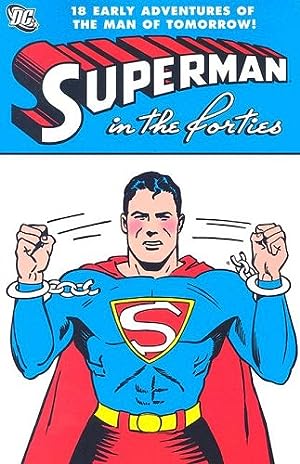 Superman in the Forties 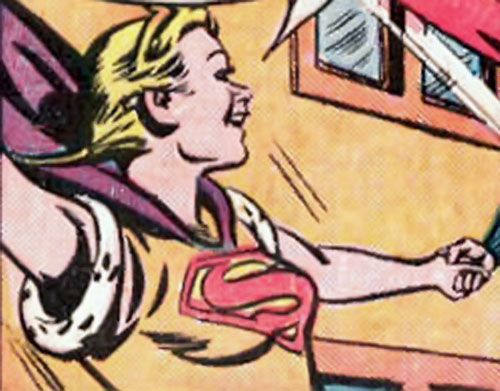 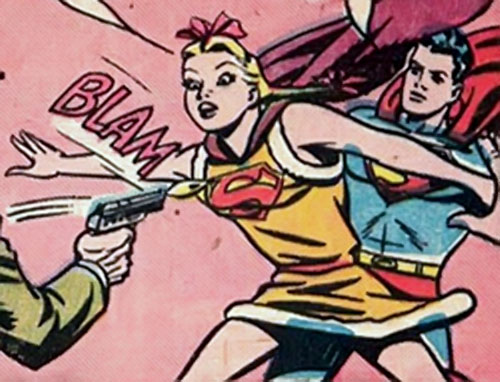 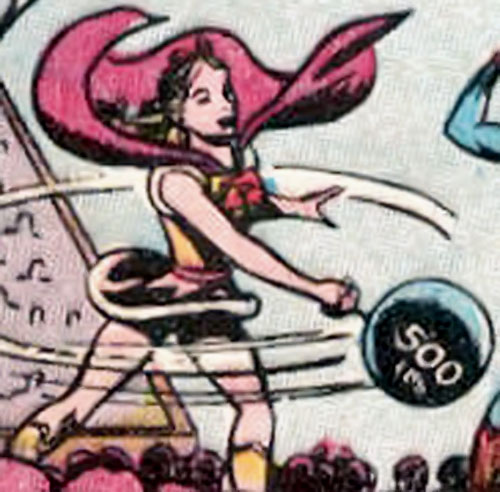 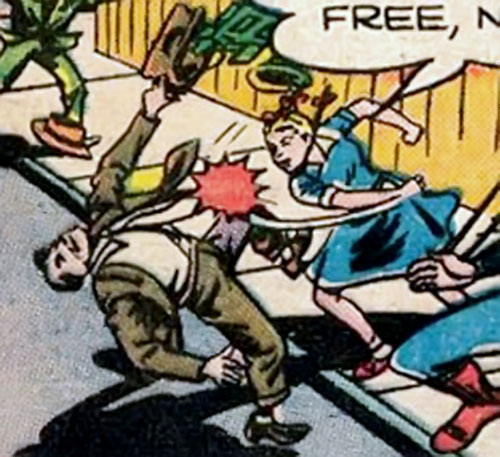