Yes, there was a Superman-themed musical comedy. It was created in 1966, and was reportedly well-regarded. This musical has been resurrected several times since, with the biggest versions having emerged after this article was written.

But this profile is specifically about the 1975 television adaptation for ABC. Which hasn’t the greatest of reputations, it must be said.

This is a distinctly bare-bones version of the Man of Steel.

While supposedly “faster than a speeding bullet, more powerful than a locomotive, and able to leap tall buildings in a single bound,” Superman is:

Even his vaunted X-Ray Vision seems only usable in trivial (and… ethically dubious) situations.

He does, however, have incredible hearing. Thus, he is able to note happenings on the ground as he zips across the Metropolis skies. He can also hear screams from quite a distance off. And he can survive underwater significantly longer than his attention span. Which appears to be damning with faint praise, incidentally.

Other than that, Superman is a reasonable (though lackluster) singer and dancer. He may be a good writer, too, but a nameless, lineless toadie at the Daily Planet (probably Jimmy Olsen, with the red hair and bowtie) gets more (and better) assignments from Perry White.

Years ago, the planet Krypton was destroyed in an explosion. However, one man saved his innocent baby son, rocketing him to Earth and (I quote) “The Good Ol’ U.S.A.”

There, his rocket (with a packing slip) was found by an elderly childless couple. They raised the child as their own, naming him Clark Kent. Clark soon surprised the Kents by proving himself incredibly strong and able to fly.

By the time Clark was fully grown, Mrs. Kent finished the cape she had been knitting for her son since he was brought into their family. Then both Kents perished. Clark decided to dedicate his life to using his great strength to do good deeds. To this end, he moved to a major city (Metropolis), and created the identity of Superman.

At the Daily Planet, Clark met Lois Lane, who he adored. But she (literally) only barely noticed him, while she adored Superman. Eventually, Lois tired of her mostly-imagined romance, and allowed herself to be set up with Clark. The two seemed like they would be happy together, but it was not to be.

Soon after, Superman was manipulated by the sinister yet avuncular Dr. Abner Sedgewick and the slimier gossip columnist Max Mencken into publicly humiliating himself before the public and press corps. Superman (and Clark) sank further and further into a depression from which even the beautiful Lane could not save him.

Shattered — particularly after Sedgewick discovered Clark’s dual identity and psychoanalyzed him — Clark attempted to commit suicide. He threw himself from the huge and impersonal Warren G. Harding Memorial Bridge. This, however, proved difficult. Superman was easily able to carry the anchor chained to him, and didn’t really need to breath so much.

So, bored, Superman climbed back onto the bridge. There he was helped from his funk by two flower children, Jerry , a writer who wanted nothing more than to write about his hero, and Joe , who did nothing but draw pictures of the Man of Steel.

Basking in their adoration, Superman flew off to save the day. Except for Sedgewick and Mencken, who were caught in an explosion. It caused them both sufficient brain damage to give them a loss of memory about Superman’s identity and make them productive members of society.

Superman is a more-or-less in-shape Caucasian man with a mop of black hair on a head rounder than his body would suggest is appropriate. He’s also slightly cross-eyed and has a mildly hooked nose.

His costume is, of course, exactly what you would expect for Superman during the ’60s and ’70s. Except that the boots seem to be optional. It’s impossible to guess why, but in several scenes, Superman just stands around in his tights-covered feet.

Clark Kent, likewise, wears clothing quite similar to what he wore in that era’s comic books. That means a blue suit with a white shirt, red tie, and grey fedora. However, this Clark Kent is a sloppier dresser. His hat seems to be perpetually in the act of falling off his head, his top shirt button is never buttoned, and his tie is never tightened.

This musical Superman is a remarkably insecure hero. He seems to thrive on publicity and the fickle adoration of the “Metropoles.” When the city turned against him for failing to protect City Hall, he sank into a depression, and nearly committed suicide when Dr. Sedgewick confronted him.

Likewise, however, Superman needed very little encouragement from two adoring fans (Jerry and Joe) to head back into action.

(Clark Kent waiting for a phone booth to change) “Gee, they’re holding up Metropolis Bank ; I wish this gabby lady’d get off the phone.”

“Hi, there, America and friendly nations everywhere. Glad we could get together.”

“Up, up… and away ! OK, down there. I’ve made the city safe again for clean living. Wrap up another one for… Superman !”

“Hey, those are pretty keen shirts ! Where’d ya get them ?”

“Oh, wow. My identity’s been discovered.”

It’s sad to say, but quite a few aspects of the musical seem to have wormed their way into DC’s continuity.

While it may be a matter of parallel evolution, it seems suspicious to have a Clark Kent indistinguishable from Superman, a villain (Max Mencken, rather than Byrne’s Lex Luthor) who hates Superman for displacing him in the public eye and wants Lois for himself, and so on.

Otherwise, though, this Superman could be dropped into the DCU without too much trouble. Change his civilian ID, and make him a reporter (perhaps at a paper that competes with the Daily Planet). And have him labor under the delusion that he is *the* genuine Superman and that he lives in a musical.

Or you could go with our cliché and drop him in during the “Reign of the Supermen” storyline and see if anybody notices. Personally, though, I’d be curious to find out what a villain’s reaction would be to a superhero that breaks out into song at every dramatic moment…

Bonuses and Limitations:
Any single-use enhancement to the Flight Power, such as HP bidding or Pushing, has twice the effect that it normally would. That is, for every two APs Superman wishes to increase Flight, he only needs to spend or roll for one.

Drawbacks:
Secret Identity, MIA (Publicity), Misc. (If Superman should begin to doubt himself, he must roll INT/WILL vs any Power he wishes to activate or deactivate: RAPs indicate the maximum number of APs by which the current APs in use may be increased or decreased; this uses Superman’s Dice Action for the Phase).

The special Bonus regarding the Flight Power is speculative. Superman is described as being “faster than a speeding bullet,” but there is little evidence of this except for a mock-up shot of him flying past a bullet-shaped pillow and a mention of him dodging bullets. Thus, I assume that he can Push it and spend HPs to increase it (in its OV replacement, specifically) more readily. 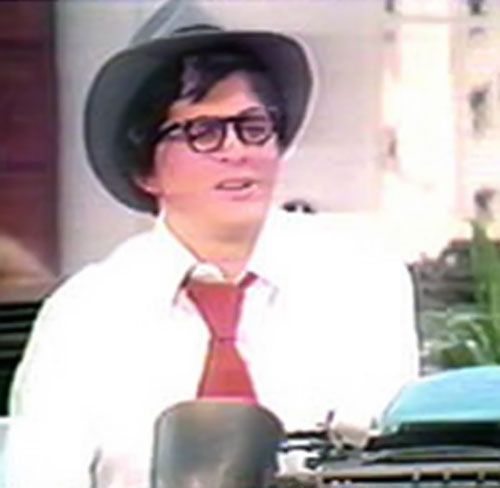 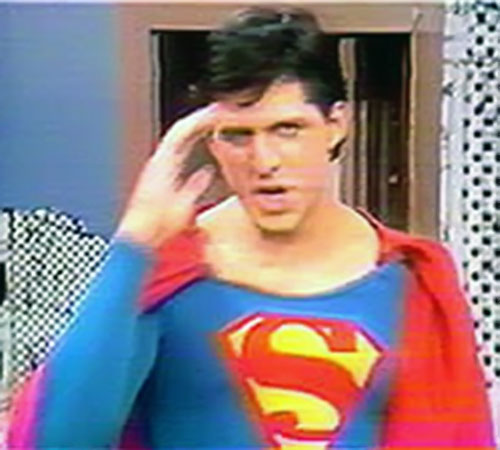 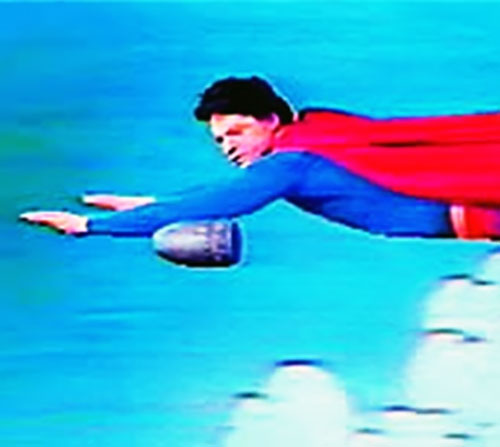