The angle was to show what would have happened if Stan Lee had created a super-hero universe with characters named “Superman”, “Batman”, “Wonder Woman”, etc.. These characters resemble the DC ones, but clearly have a different style.

These are useful to populate home-designed role-playing game worlds, if you need archetypes with a twist.

Superman comes from a high-gravity planet, and the green element has allowed him to express that into titanic strength while on Earth. His muscles are incredibly powerful in a 1G field, allowing him to throw cars beyond the horizon, move with superhuman speed and prowess, be practically invulnerable, see through our comparatively thin atmosphere for miles, etc.

His native language, being incredibly complex, also allows him to learn new languages with ease. They are, comparatively, childishly simple.

Salden also flies using a special harness. It is agile, fast and silent.

Salden was a lawbringer on a high-G planet in a distant galaxy. It was a world of advanced science and rich culture. Although there was still a need for guards and policemen, violence, crime and war were apparently rare. Thus the law enforcement evolved toward a low number of officers. However, most of those were genetically enhanced to be huge and extremely strong.

Salden wasn’t. Next to his squadmen he looked tiny and weak. He compensated by being unusually brave and working out like a maniac to bulk himself up.

Salden, an excellent lawbringer despite his human size, had a running vendetta with a thug named Gorrok. Gorrok was one of his world’s most hardcore criminals. When Gorrok escaped from prison, he made a beeline for Salden’s home, hoping to ambush the cop. However, the ambush was disrupted by the police before Salden could arrive.

Gorrok had to flee. But he killed his enemy’s wife so he’d have his revenge no matter what.

Gorrok fled toward a newly developed space/time bender ship. This vessel used a newfound green element to travel to any point in the universe. Gorrok programmed it to just leave for any planet with a breathable atmosphere, but the pursuing Salden was too close.

Gorrok decided to let the unenhanced Salden in and left immediately after. He thought that he’d just beat up the cop while in transit.

Gorrok’s plan largely failed as Salden clobbered him. However, the cop had to seize the controls to prevent the ship from crashing into Earth. This allowed the brute to knock out the lawbringer. Gorrok left Salden to die within the ship as it sunk beneath the Earth’s oceans.

The Man of Steel

Finding himself trapped in a sinking ship under miles of Earth water, Salden thought he was about to die. But the green element powering up the ship mixed with seawater, granting him enormous might.

In the following days, the human-looking alien wandered through Los Angeles. He learned English and familiarised himself with the local culture. 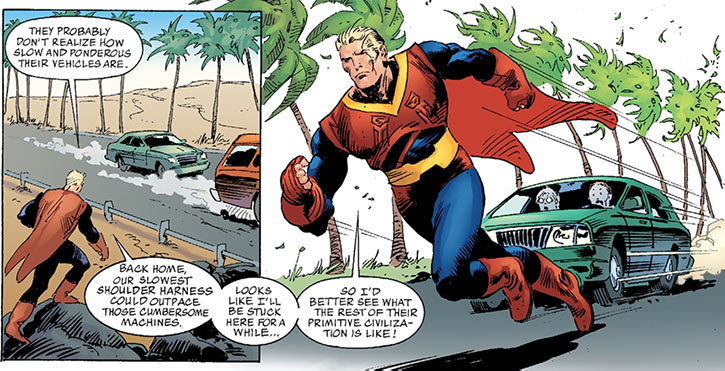 The man from another galaxy’s main plan was to somehow get home. But for that he needed very advanced technology. He reasoned that the incredible amount of war, crime and terrorism on Earth was what was holding back technological growth. Therefore, Salden decided to act as a super-policeman to speed progress along by removing such hindrances.

Salden, soon to be nicknamed “Superman” by the press, also went through various odds and ends to make money. That included a one-time circus performance. Lois Lane, an exceptionally greedy and talented agent, quickly sunk her teeth into him. She exploited Superman and his image to the hilt and negotiated juicy exclusives.

Determined not to lose her golden eggs goose, Lane remained close to Superman even when that meant unreasonable danger.

When Salden had to give a name, he came up with “Clark Kent”, based on a nearby poster and a street sign.

Superman soon joined the emerging Justice League of America, and even fought against the all-powerful Crisis. During one of his early solo adventures, he defeated Gorrok, who apparently died when he was buried under tons of collapsing rock.

At first, Salden was very bitter, even angry. His culture’s conception of love seems to be a cross between intense puppy love and total devotion, and the death of his wife Lyella obviously struck him very hard. He was consumed by his need to return home (at this point Lois Lane would insist that the interviewer include “just like E.T.” in the article).

The shock of the loss left him a tad unbalanced. He occasionally came across as bellicose, unshaven and vaguely drunk. His plan to go back home also seemed to mostly be based on desperately clutching at straws.

I can be that hero

Green Lantern and the others made him realize, though :

Superman is now a responsible, dedicated professional hero. He fights great threats against humanity and urges them to become a more mature civilisation, like his own.

Lois Lane works tirelessly, not only to get merchandising contracts, but also to have him act in a more heroic, spectacular, comic-book-hero manner. This is in order to reinforce his image. Superman mostly complies with his wishes. He needs the money, he wants to look good and inspiring, and he may have something for her.

“You set up the Larry King interview – whoever he is, Lois. I’ve got things to do. In a way, I feel like I’m on the police squad again back home. It’s a good feeling !”

“Now, working for Green Lantern and the others, I’ve learned there are some things worth fighting for – no matter what the sacrifice. But this is not a job just for Superman – this is a job for mankind, united as one ! The other members of the Justice League and I can help. But it’s you who have the real power on Earth… If you wield it wisely.”

“It’s gravity ! My home world’s gravity is a hundred times stronger —! My muscles are used to struggling against a much greater pull ! Here, I feel no resistance — like moving in a vacuum ! Compared to the people on this world — I’m some sort of super man !” 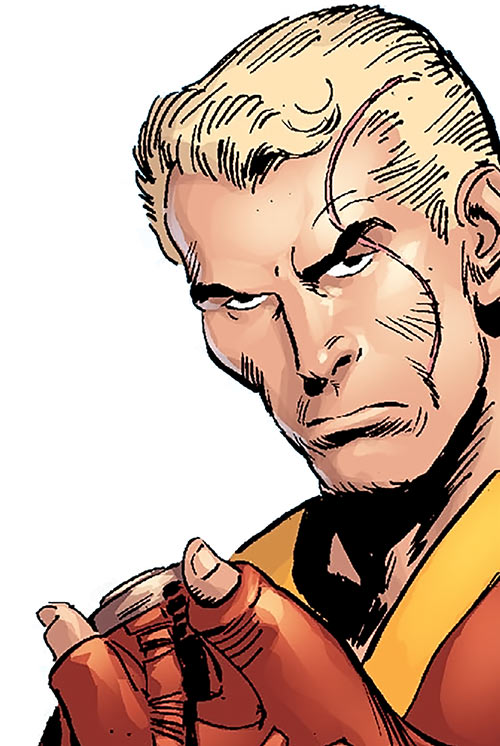 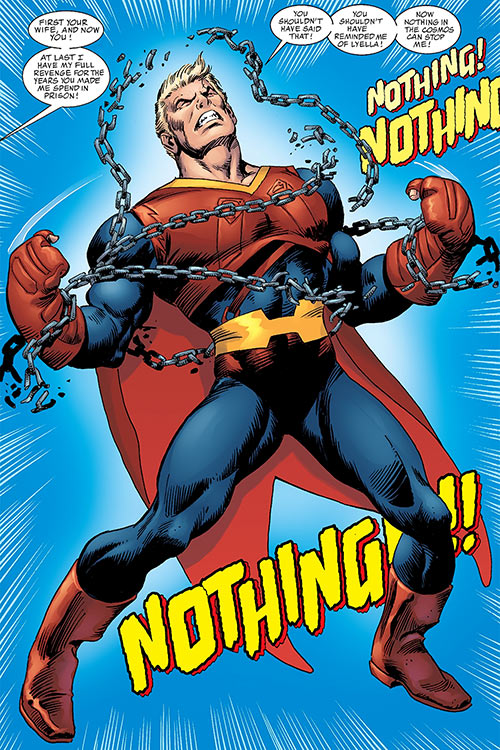 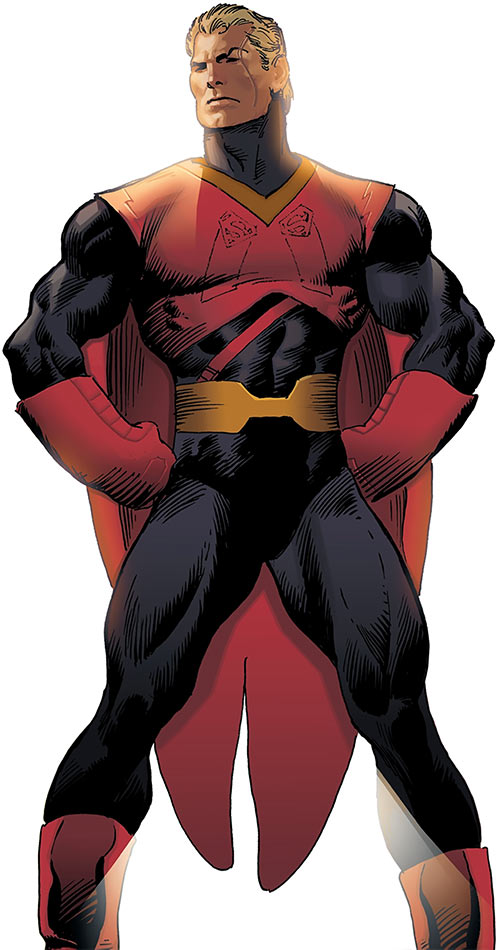