Superman X was stated, by the show’s writer, to be meant to fill the place of Mon El aka Lar Gand or Valor, a particular favorite of mine. The character was also stated to draw inspiration from the Eradicator, and Conner Kent.

While Kell is a clone of Superman.

However, his DNA has been altered in some way that incorporates Kryptonite (don’t ask me). This has changed some of his powers while also making him immune to Kryptonite.

In addition to the standard Kryptonian powers of strength, flight, superspeed, durability and sensory abilities he also possesses the abilities of crystal production, and two separate ranged attack powers.

He also has the power to form energy shields projected from the backs of his hands, these shields (which are in the shape of the S shield) can be used to block, and to enhance the effect of his attacks (in DC Heroes terms, Sharpness), they can also be used together to form a single larger shield. It is possible these shields are actually gadgets.

Kell was grown rapidly, in a matter of days in fact, and was basically programmed, and the majority of that programming was combat related. He therefore had a difficult time relating to people, and his level of concern for random bystanders wasn’t great.

However he grew to respect the Legion and gradually to see them as friends (more importantly, to know what that meant) by the end of the series.

In the early 41st Century, the Milky Way Galaxy had spent nearly 1000 years in a golden age of peace inspired by the 31st Century’s Legion of Super Heroes.

From a far region of space an enormously powerful cyborg named Imperiex, who commanded a vast legion of robots and ships, invaded the galaxy. His forces swept over everything in his path, sparing no one.

In a desperate attempt to stop Imperiex the leader of the resistance, an AI named K3NT, used a sample of the DNA of Superman (Kal-El) to create an altered clone, immune to Kryptonite, and dedicated to destroying Imperiex. Dubbed Superman X even this powerful clone was no match for Imperiex, barely escaping from his first battles. 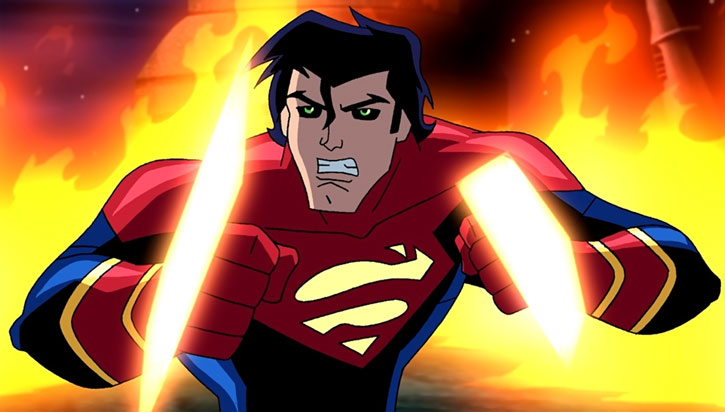 In the ruins of a New Metropolis museum K3NT discovered a device called a “Warp Key” which opens doorways in time, and decided to send Superman X to the 31st century to ask the Legion for help.

When Superman X arrived in the past he appeared inside Legion HQ, and (rather rudely) requested the help of the first Legion members he encountered. Returning to the 41st century with a small contingent of Legionnaires they managed to defeat Imperiex when he attacked the resistance HQ on Earth.

While the Legion members were preparing to return to their own time Imperiex’s cyborg body activated a backup power supply. Acting quickly Imperiex seized the Warp Key from Superman X and fled into the past.

After Imperiex escaped to the past waves of antimatter began to spread as he made changes in the past which would eliminate Superman X’s timeline. Working quickly the Legion members and Superman X managed to jury rig a means to travel into the past, though one of Triplicate Girl’s bodies was lost to the antimatter.

Superman X, while resistant to working with a team initially, eventually became a part of the Legion family, in large part thanks to the presence of his genetic source Kal-El. When Brainiac 5 lost himself to his ancestor Brainiac 1’s malevolent code and destroyed Imperiex Superman X was left without a purpose and for a brief period he simply gave up.

When Brainiac seemingly killed Kal-El Superman X realized he could sense Kal’s mind. Alerting the Legion that Kal was still alive the team recovered his body and were able to use Kell’s blood to filter the kryptonite from Kal’s blood.

The two Supermen then merged their minds and entered into Brainiac 5’s mind to free him from Brainiac 1’s corruption.

After the threat was finally ended a portal from the future opened and Duo Damsel was reunited with her missing body, becoming Triplicate Girl once more. Before he returned to the future Kell-El (Superman X) formally took the Legion Oath as the now organic Brainiac 5 departed to find himself.

Superman X is a tall young man physically in his 20s. He has a very muscular build, though not overly so, dark haired with a wild lock of hair that hangs down in front of his eyes. His eyes are very noticeable, having green irises and black sclera (“whites”).

His costume is a recognizable version of the Superman costume, sans cape, and with a few “futuristic” differences. He has never been seen wearing civilian clothing.

Originally programmed as a weapon Superman X was rude, insulting, uncaring, and single minded in the pursuit of his goal to destroy Imperiex.

His experiences with the Legion and his ancestor Kal-El have changed him for the better. While still brusque and impatient with people he has become a staunch hero, even willing to temporarily ally with Imperiex to save a child from an assassin sent by his own creators.

“Words can’t convey the horror I come from, this is something you will need to see for yourself, but know 44 trillion lives hang in the balance !”

“Welcome to my world. New Metropolis in the 41st century.”

[Suddenly bursting through a ceiling as the LSV is about to execute the LSH] “Oh, I’m sorry, did I break your concentration ?”

Kal-El: “You came back.”
Kell-El: “Fighting Imperiex with numerically superior odds made a certain amount of sense, but this doesn’t mean I’m part of the team.”
Kal-El: “Ok, but then I can’t teach you the secret handshake.”

Skills:
Accuracy (Energy Blast, Laser Beam): 10, Martial Artist: 09, Weaponry: 10. Some Gadgetry and Scientist is also possible, likely even. And he may have even picked up 1 or 2 APs of Occultist.

Drawbacks:
SIA to destroying Imperiex (fades to an MIA after choosing not to kill a child destined to create the technology used to build Imperiex’s body), Serious Rage (reduces to Minor by mid-season, and gone at the end), Socially Inept (Gone at the end), Loss Vulnerability (All powers and physical attributes under a red sun).

This writeup, unlike those created for Universe AZ, does follow the “Superman’s Dex is 10” benchmark. The attributes in this writeup are determined from examples in the show, with only a few assumptions made.

To give a more direct example, the listed strength is based on the following, in the first episode of the series Clark’s strength is tested by the Legion, Brainy states that he lifted “3000 tons, roughly” putting the young Clark at a solid 19 Str (Using Str -1 to determine lifting capacity).

In the second season Clark has dramatically increased muscle mass, and makes comments indicating he has already joined the JLA in his own time, meaning he is likely at or near his peak so 22-24 seems likely for Clark at this stage. Superman X seems on a par with him physically so the listed stats seem accurate IMO. 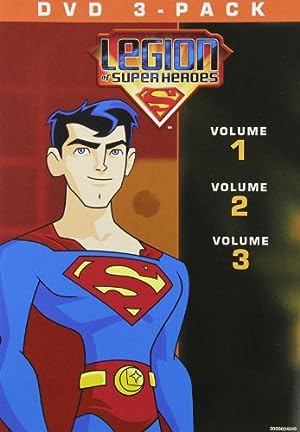 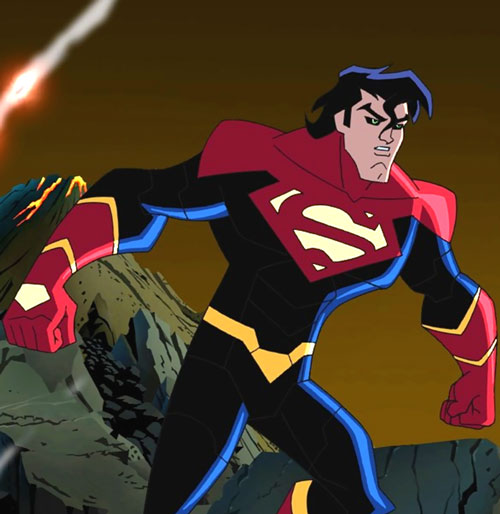 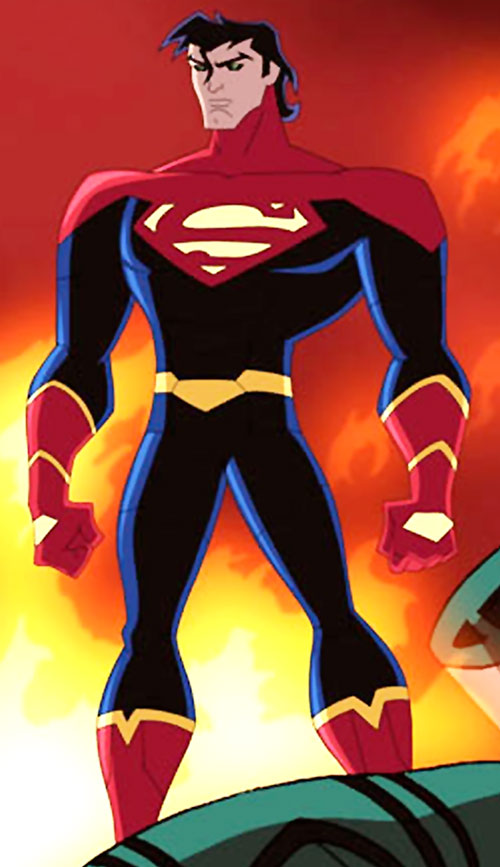