Supernaut pilots a suit of armour fitted with an array of offensive capabilities, as well as flight and radar, and possibly other unrevealed capabilities.

Fields has input ports fitted into his neck and spine which allow him to pilot the armour, as well as connecting him directly into computer systems.

A fourth generation US Marine, pilot Sergeant Milo Fields and his platoon were shot down delivering humanitarian aid in Somalia. They were held captive for 11 days. After four of his men were tortured to death, Milo was found in an abandoned house. 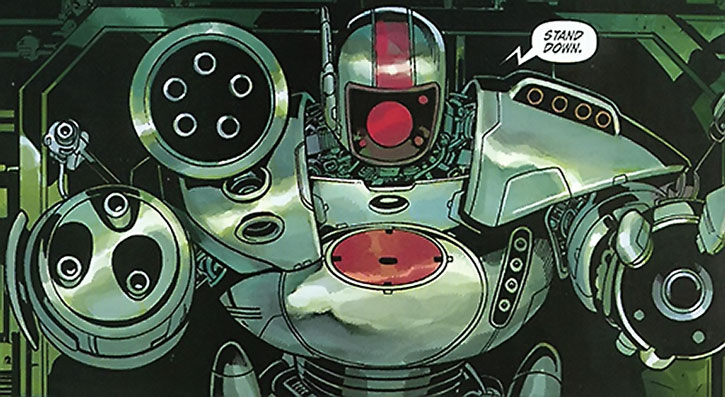 Fields was made to sign his life rights over when in an I.C.U. in Ramstein. Then he had to watch the story of the events rewritten by the White House into a heroic rescue of his platoon by rangers.

After his discharge he protested against the lies, and became a celebrity after flinging a handful of Purple Hearts against the President’s motorcade.

He continued protesting against the lies used to get kids to enlist. However, he was opposed to the government and not the army. He also believed their actions in Somalia had been justified. However some refused to see such distinctions, calling him a traitor. Milo was shot in the spine during a rally and left a paraplegic.

He leapt at the chance offered by the Order. He wanted both for the opportunity to recover some mobility, and the platform it offered to continue his protest.

Initially assigned to the substitutes, he had his chance when some of the original team were dismissed. Undergoing the SOMA process, he became Supernaut.

After hiding in a cave from S.H.A.D.O.W. forces for days, when he sensed them closing in, he convinced the paralyzed Aralune to become armour he could control. The pair attacked General Softly until the rest of the Order arrived. 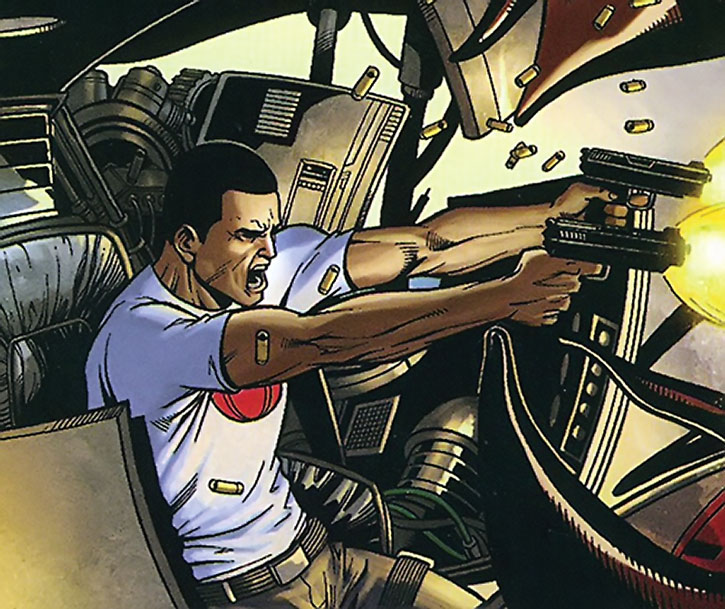 On finally separating from Aralune, Milo discovered the damage to his spine had been repaired, and he was able to walk again.

The closeness brought about by their merging remained after they parted, and he and Becky (Aralune) began a relationship.

Calm under pressure, Milo acts in the manner of a professional soldier.

He always looks out for his team mates.

[As a giant scorpion attacks his legs] “Paraplegic, you dumb bug. I can’t feel that at all.”

Bonuses and Limitations:
Interface acts as Vehicles (Powered Armour) for the Hypernaut suit (+0).

When he merged with Aralune, they became a hybrid form which he piloted, but which seemed to have their minds working in tandem, and speaking in a combined voice. 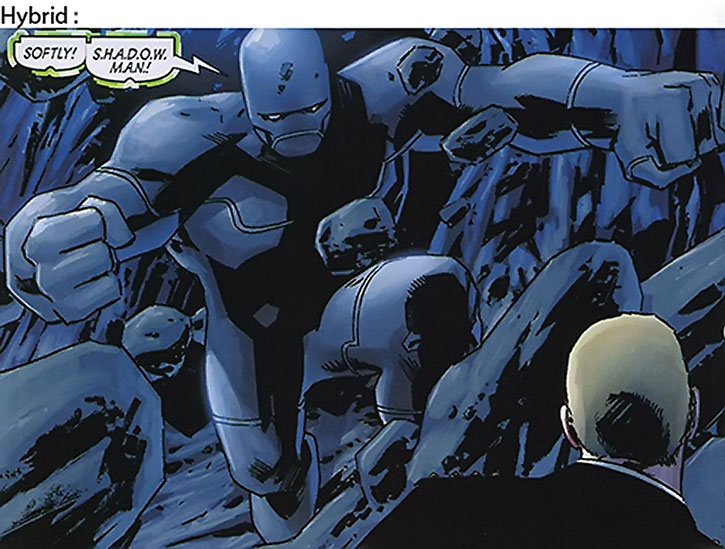 Prior to the Hybrid form he shared with Aralune, Milo was paraplegic, and unable to walk outside of his armour. He had an SPR during this period. 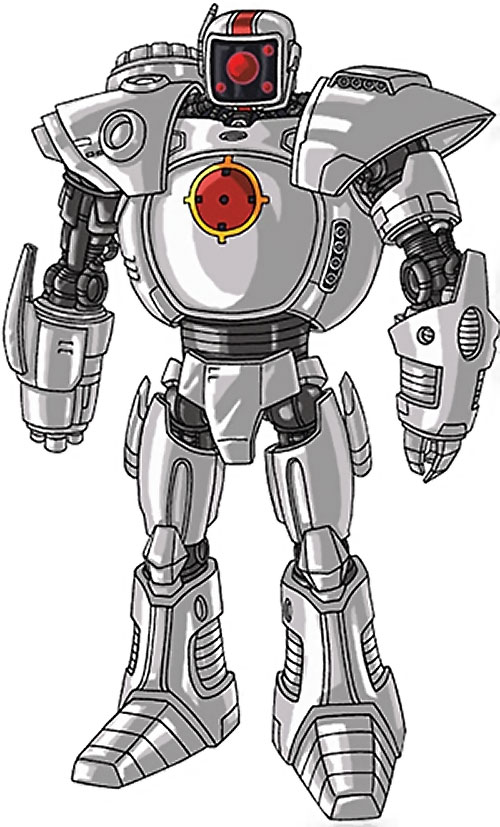 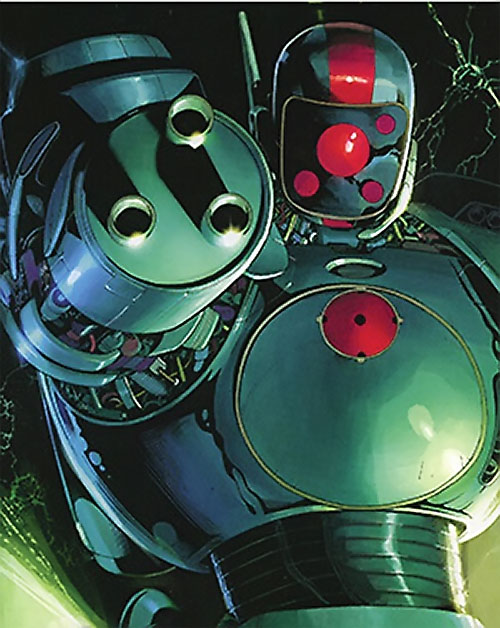 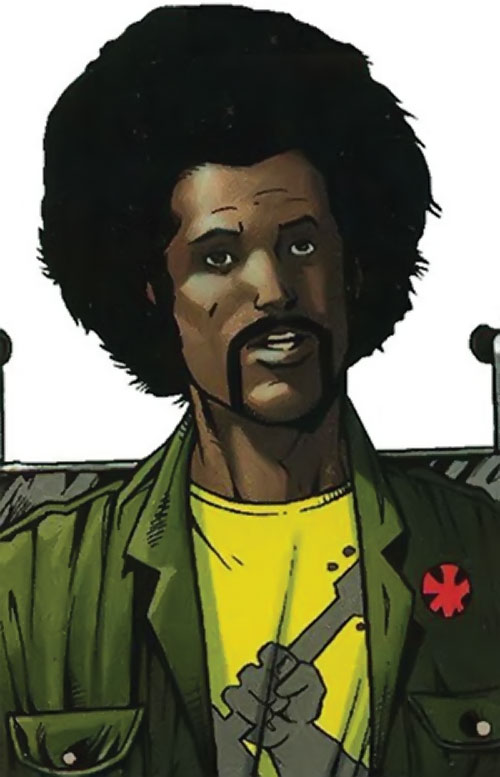 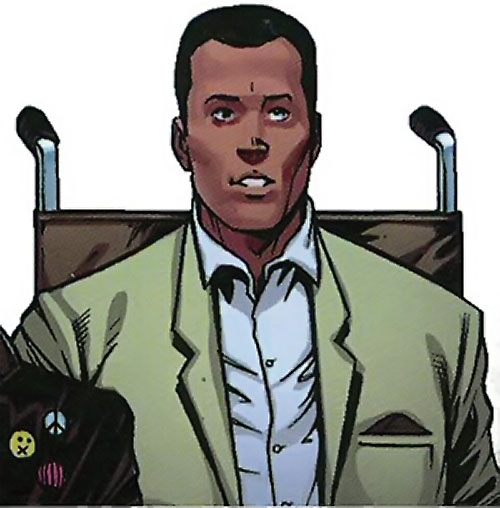