Before reading this profile, be sure to peruse :

Her overall might seems to be in the “Class 90” bracket. She certainly seemed stronger than Blockbuster (Mark Desmond).

Her legs are particularly mighty, allowing for immense leaps. She apparently could launch herself into low Earth orbit.

Superwoman once used her powerful legs to launch Wonder Woman into space. In DC Heroes RPG terms this is a straight application of her Strength. Her brawn is sufficient to throw a person about 125 miles (200 km), which is sufficient to achieve a low Earth orbit.

On the other hand, she seems less durable than most persons in that strength range. This likely explains why soft techniques that use her strength against her, such jiu-jitsu throws and holds, work well against Superwoman.

Superwoman seems to have minor super-speed abilities when it comes to throwing, or intercepting, projectiles. This comes across as an echo of Wonder Woman’s ability to deflect projectiles with her bracers.

It doesn’t share other properties of the Amazing Amazon’s lasso. But on the other hand, the flaxen-caped female felon’s lasso can turn into attack animals and giant monsters. These creatures do her bidding.

Superwoman only turns her lasso into a monster when she can’t otherwise act. She much prefers a straightforward attack to manifesting creatures.

Furthermore, the monsters do not seem to be *that* powerful, though they can look impressive. 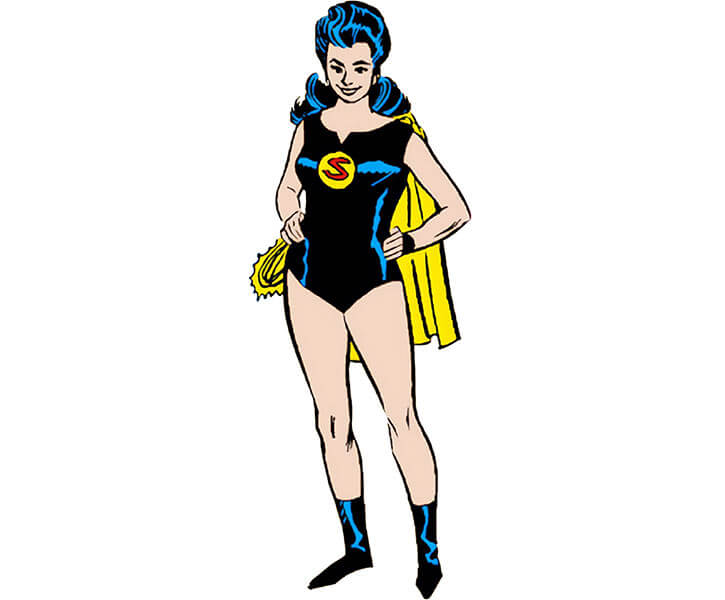 The Justice League files stated that Superwoman was “a rogue Amazon”, without further detail.

She later described herself as an Amazon like Wonder Woman, but noted that she wasn’t an “adopted American” like the pre-Crisis Wonder Woman.

She once exclaims “murdering Minerva !” – the opposite of Wonder Woman’s traditional “merciful Minerva !”.

Superwoman is a statuesque White woman with a thick mane of black hair. During her first appearance she wore her hair in a loose coif. But afterward she wore her hair down. There occasionally was a white stripe running down the front.

Obsessed with demonstrating her physical superiority, the Amazonian Superwoman revels in challenging superbeings.

She’ll often claim that nobody is stronger than she is, that her attacks cannot be stopped, that nobody could possibly hear her when she’s sneaking around, etc.. Even when that makes little sense. She’ll even claim to be stronger than Superman. She’d make a killing on YouTube.

On the other hand, she starts to lose her confidence when facing a tough foe or unexpected danger. It’s easy for her to come close to panic, or freeze for a spell.

“I want a fight, and what Superwoman wants — she gets !”

“That Comet bum, he’s gotten past Johnny Quick… And now he’s comin’ inside ! What’re we gonna do, Power Ring ?” 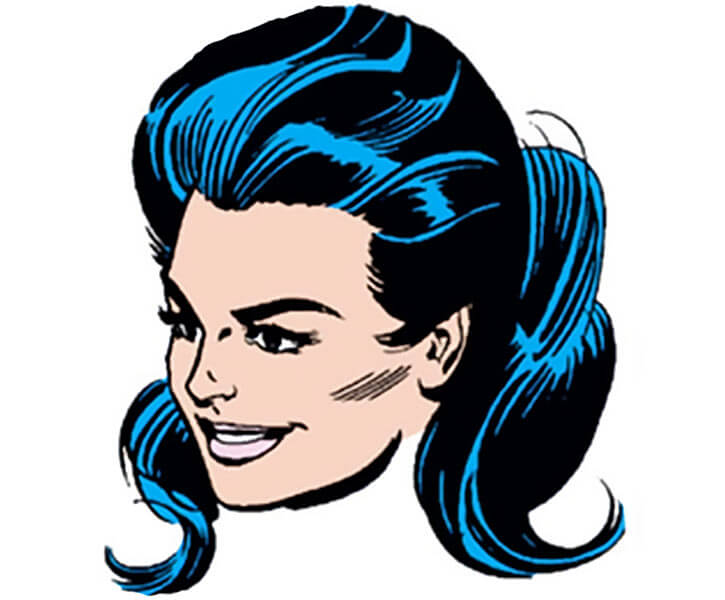 This is in part to keep Roy’s old estimates whilst rewriting the entry many years later. And in part since, as a Silver AgeSuper-hero comics from the late 1950s to the early 1970s. character, Superwoman and her ilk work fine with cookie-cutter, highballed stats. These do not interfere with the four-colourSomething goofy from over-the-top early comic books. stories they appear in.