Susanna Dean is one of the main characters in Stephen King’s great big Dark Tower literary saga. She appears in the second book, if memory serves.

However, this specific profile is my version of Susanna. It was “forked” for tabletop role-playing game purposes. In this continuity, she took a different turn at the end of Dark Tower.

Susanna is the mistress gunslinger. She is deadly with any number of firearms but none as deadly as the ancient .45 she caries. She is the huge force of personality behind the near-vigilante group known as New Gunslingers or the Sons of Tom Joad.

She teaches them the ways of the Gunslinger. She has the presence to dominate groups of gangsta’s or the intrinsic kindness that people will tell her things they tell no one else. When she abandons her wheel chair she is as quiet as a mouse. There are very few structures she cannot enter given the time.

On the occasions he needs to deal with government or law enforcement she is an expert on ways, means and methods. She has many times extricated her Gunslingers from trouble by finding a loop hole in the law and convincing judges or police that it is the right thing to do to allow it used.

Susanna has retained the mystic powers of Ka-tet and shares the link with her students.

Susanna has no legs below the knees. Although she cannot walk she is far from crippled.

Susanna is the last survivor of Roland’s Seconds Ka-tet and the first of a new order of Gunslingers. She started out life as a civil rights crusader in the 1950s before being drawn into Roland’s quest for the Dark Tower.

Susanna along with fellow gunslingers Roland, Jake Chambers, the XD Oy, and her husband Eddie, fought their way through some truly disturbing Earths to further Rolands quest to the Dark tower. Her husband was killed toward the end of the quest as was her good friend Jake.

The final leg of the journey was for Roland alone. So Susanna took a Door to a world similar to the one she came from. The world had moved on.

The place Susanna arrived in 2002 had a huge homeless problem and large stretches of America declining into urban decay. At first she though she had come here to retire with Alternity versions of Jake and Eddie. But it was not to be so.

These new friends were not gunslingers. Years and worlds earlier she had been inspired by folk music to be a civil rights crusader. Now she heard the Bruce Springsteen song The Ghost of old Tom Joad. It pushed her foreword on a new quest.

Using the revolver left to her by Roland and the skills taught to her by her time traveling Alternity she set out bring Justice to those who had nothing. Quickly she found that she had help.

As she traveled the rust belt and the shanty towns he she taught Roland’s way to those who chose to join her. Over the years she has had students strike out on their own and new ones come to her for teaching.

Large amounts of money have been contributed to Susanna on several occasions. But she still travels as a homeless woman in a wheelchair, often accompanied by one or more of the Sons of Tom Joad.

Susanna as best as she can guess is over 50 but has not showed signs of aging. There are indications that she may actually be getting younger. She has recently come to realize that she as tied to the Dark Tower now as Roland ever was.

Susanna is a Black woman of indeterminate age whose legs end just below her knees. She has grown adept at appearing as a broken woman who has run out of hope. Yet when she is not hiding herself she has a force of personality to rival the greats.

Most often Susanna is dressed as a homeless person and rides in a in an old but well made wheelchair. On the occasions where she needs to appear in court or in society she wears dark blue or grey suits that make no attempt to hide her missing legs.

Susanna Dean is a forge-hardened woman who has a highly developed sense of right and wrong. She has lost much and learned much. Instead of finding there is nothing left inside her she has truly become her role as a teacher.

Often she thinks of how Roland would have done something. The Mirror Jake and Eddie she knows in this world are just close enough to her lost friends to be heartbreaking. She moves on in her world that is moved on. Roland is constantly on her mind as guidance. She thinks of when he would talk, when he would evade, and when to fight.

Susanna Dean, at one point in time, had traumatic multiple personality Disorder. She was fundamentally changed by her journey of Ka with Roland. Detta Walker, her gutter snipe trash talking angry personality from her MPD days, has reappeared.

Instead of taking over Susanna’s body Detta is a psychic ‘other’ living in her mind. This gives her a unique ability to multi-task.

Detta can use Susanna’s telepathy in a way that keeps her from getting distracted or can control her body if Susanna allows it or is incapacitated. In the case of mental attack or stunning Susanna would need to be defeated twice. Detta has the same Mental and Mystical Stats as Susanna but is much meaner and coarser to deal with. 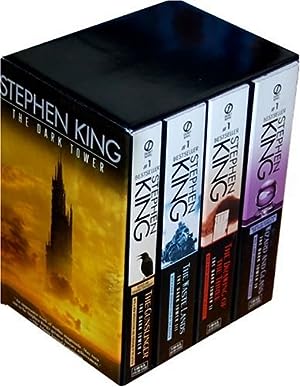