Though possessed of no superhuman powers, the Swashbuckler appears to be a highly capable combatant. He is able to hold his own against multiple assailants.

In addition, he is an extremely acrobatic individual. Twice during his team-up with Batman he used his staff as a vaulting pole. In combat, he seems to favor attacking with this weapon, as well.

It is a testament to Carter’s fighting skills that Batman felt no compunction about leaving the young hero to face The Riddler’s henchmen alone.

The Swashbuckler’s origin and background have yet to be revealed. What little is known surfaced during Carter’s only recorded meeting with Batman. During this adventure, he assisted the Dark Knight Detective in apprehending the Riddler.

By Carter’s own account, he was trained by his uncle, Greg Saunders, the 1940’s hero the Vigilante. Carter was reluctant to give any further details, however.

His surname suggests that he may be the son of one of Sally Saunder’s siblings. Howbeit, biographical information on the late Mrs. Saunders is scarce.

In his super-hero guise, the Swashbuckler wears a blood red mask. It covers his entire head and sports two ties hanging down at the back of his neck. The eyes of the mask are blank, white lenses rimmed in black, à la Spider-Man. His leggings and slightly flared gloves are in the same color red.

He wears a sleeveless, brown leather tunic with a laced V-neck. The shoulders of the tunic peak slightly and it is cinched at the waist with a red sash belt. His boots are brown leather and reach to mid-calf.

It is unknown how Michael Carter chooses to dress in his civilian identity. Though depicted sans mask in the story, he is not shown in street clothes. He is a handsome man with wavy black hair and dark eyes.

The Swashbuckler is a confident young man. He also seems extremely protective of his ’home turf‘. When Carter crossed paths with Batman, he seemed impressed by the Dark Knight but not overawed.

Realizing that his knowledge of the Houston area might be helpful to Batman, he offered his aid without a moment’s hesitation. The fact that Batman so readily accepted the young hero’s assistance speaks volumes about how capable an image Carter projects.

During this encounter with the Riddler, Michael fired off some riddle-jokes of his own at the Prince of Puzzlers. Perhaps it was an effort to live up to his “quip-for-every-occasion” swashbuckling name. But the jokes were clearly forced which gives the impression that Carter is uneasy with this aspect of his Swashbuckler persona.

It is easy for a GM to incorporate this particular Pre-Crisis hero into Post-Crisis continuity regardless of what Vigilante information he/she accepts as canon.

Additionally, The Swashbuckler’s mysterious background could be great fun for a creative GM or Player. Was Carter reluctant to share his story with Batman because of some past tragedy in his life (maybe one mirroring Batman’s own) ? Or is a Dark Secret or Guilt Drawback in order for Michael ?

And why didn’t Michael adopt his uncle’s Vigilante identity ?

If the El Diablo appearances are used as the basis for Greg Saunders’ current whereabouts, Michael may be given the Rich Family / Friends Advantage. The El Diablo adventure indicates that Saunders’ one-time sidekick, Victor Leong (once known as Stuff, The Chinatown Kid) is still alive and acting as his business manager.

If this is the case, it may be assumed that the Swashbuckler was trained by both Greg and Victor.

Furthermore, based on the Skills possessed by Saunders, it is not unreasonable for a GM to assign more Skills to Michael than were exhibited in Batman adventure. Animal Handling and the Firearms Subskill of Weaponry would be appropriate Skills to add to Carter’s répertoire.

Michael Carter, adopting his uncle’s Vigilante identity and paired with Leong’s son (or daughter), could form the basis for a new Seven Soldiers of Victory. Perhaps Greg Saunders would fund the team. As an NPC, Michael Carter can assist heroes whose adventures take them out west.

That Carter did not show up when his uncle assembled a team in 2005 might mean that he was retired, crippled or dead at this point. 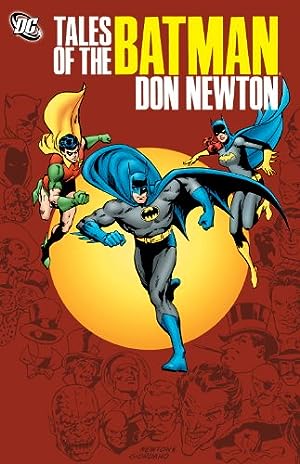 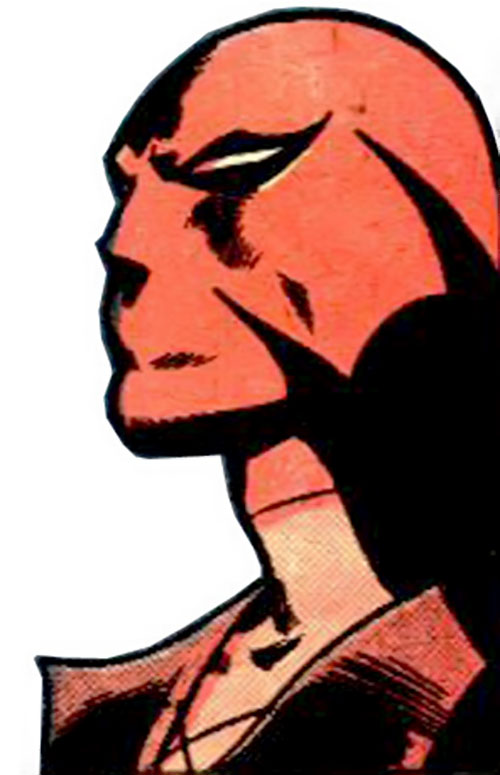