Swift Otter is a US Navy combat swimmer and underwater demolition specialist. He also has extensive combat experience. Thus, he’s adept at swimming discreetly into enemy ports to blow up warships, clear underwater obstacles and mines, sneak onto beaches at night to reconnoitre and check for mines, etc.

He’s a particularly fit man and a superior hand-to-hand fighter. He once took down three trained soldiers in a melee.

During World War Two, Swift Otter enlisted with the US Navy. His swimming prowess apparently matching his name, he became an elite combat diver serving with an Underwater Demolition Team. This is the type of unit that would later form the basis of the Navy SEAL program.

Though they suffered from serious discrimination in the civilian world, Native Americans were not segregated in the US military during World War Two. The 25,000 men who served were sprinkled across all sorts of units for White men. This is different from how African-American soldiers were handled.

Swift Otter was big on his roots as a warrior of the Kiowa people  – or Kaui-gu. Before the genocide, the Kiowa lived in the Southern plains of the future US, pretty much at the centre of the continent. Many of the customs, values, etc. associated with “Plains Indians” in classic Western movies are reminiscent of Kiowa traditions.

The figure of the young fearless brave, the major religious festivals such as the annual Sun Dance, migrating to follow bison herds, becoming horse-lovers once those were introduced to the Americas, counting coup, fighting the US Cavalry and similar tropes are not completely off-target when it comes to the Kiowa people as they existed back then.

The charismatic Swift Otter was popular within his unit. The younger men often asked him to tell them stories about Kiowa fighters. Swift Otter, who considered himself a traditional warrior, knew a lot of those.

After Swift Otter explained how his ancestors counted coup against their enemies, the enthusiastic UDT men decided that their “tribe” would have a comparable tradition. They competed by bringing back souvenirs taken from the enemy during raids, as demonstrations of bravery.

A matter of honour

Everybody expected Swift Otter to count the most coup. But the swimmer was plagued by unluck. He managed to sink a live submarine, but the flag he wanted to take was attacked by confused sharks and torn to bits. Another successful one-man submarine interception also failed to produce a souvenir. This time, the sub sunk like a stone into a deep trench.

His UDT fans kept their faith in him. They thought that the only Native American in the outfit would certainly be better at this than the rest. Nevertheless, the coup-counting betting pool started going against Swift Otter.

The swimmer’s next mission was a routine dive to clear obstacles in front of a beach. Though he ended up working under enemy fire, this wasn’t an assignment that would allow Swift Otter to bring back a souvenir.

Shamed, he swam back to the UDT’s current encampment alone. Reaching the beach at night, Swift Otter stumbled upon three Imperial Japanese combat frogmen. They alread had killed the sentinels, and were setting up explosives along the barracks. The four men fought to the death in silent melee. The determined Kiowa was the one left standing.

When the rest of the UDT woke up, Swift Otter had displayed his souvenirs on the unit’s coup wall. These were no mere flags or abandoned handguns and helmets, but three diving suits taken single-handedly from their opposite numbers.

To our knowledge, Swift Otter was only seen in this six-pages short story. Yet there’s no reason to assume that it didn’t take place in the DC Universe. And in your campaign Swift Otter may have had other adventures during and after the war.

Fit but not very tall Kiowa man in his late 20s, with a crewcut and manly features.

He often speaks in the clipped military style of the day.

A tough, serious soldier who is proud of his roots. Swift Otter is intense about his honour both as a Kiowa warrior and a US Navy frogman.

Connections:
US forces in the South Pacific (Low).

Comic books traditionally insist that *all* Native Americans are skilled equestrian and trackers. Since this is a 1960s story and Swift Otter sees himself as a traditional fighter, adding Animal Handling (Horses): 04 and Military Science (Tracking): 05 seems like a safe bet. 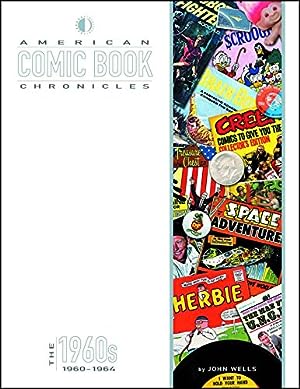 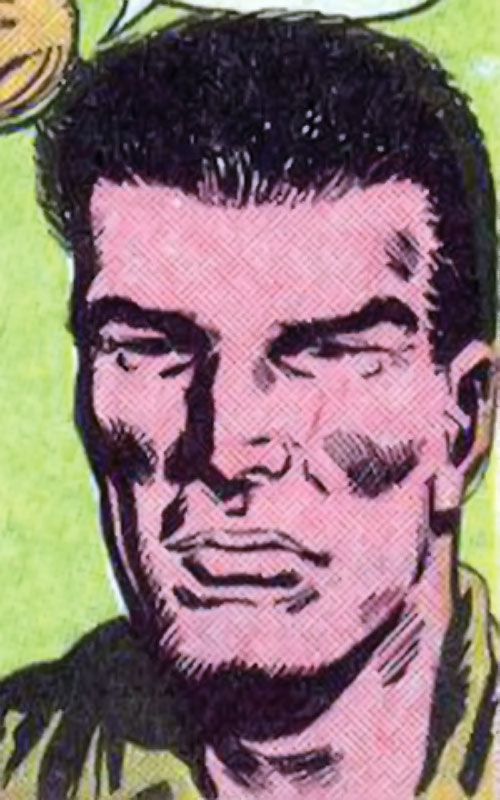