As a result of in utero genetic engineering, Andreas is able to generate blasts of a plasma-based concussive force while in physical contact with his twin sister, Andrea. Accounts that they must effect skin-to-skin contact are erroneous, since they routinely wore full gloves whilst blasting.

Andreas has become a skilled acrobat and combatant, especially talented with his sword.

His sword (or swords, since he wields two of them) is similar to that wielded by the original Swordsman. Sheathed in an adamantium  alloy, it can generate an electrical discharge to attack anyone in contact with the blade. It also can shoot the blade itself, either as a missile, or with a line attached to it, which he can then use for swinging around.

The sword’s hilt is wrapped in his late sister’s skin, allowing him to access him innate powers. Since his sword has been destroyed more than once, and since he’s wielded more than one at a time, he presumably has a number of them.

(Early history can be found in the Fenris profile.)

When Andreas and his sister worked with their father against the V Battalion, Andrea discovered that Citizen V was secretly the believed-dead Baron Helmut Zemo. Zemo killed her to keep it a secret.

Devastated by the loss, Andreas became a puppet of the Purple Man. He forced von Strucker into a training regime to become the new Swordsman. The Purple Man even got him to flay the skin from his sister’s corpse, tan it, and use it around the hilt of his sword, so that he could still access his powers. 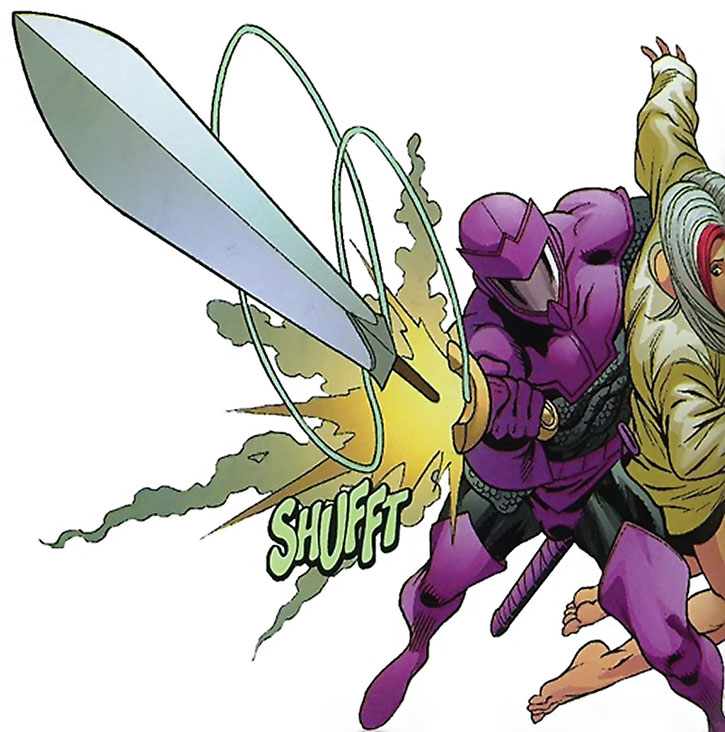 Despite being controlled, Andreas embraced the opportunity to change, hoping to become something better.

Following the Purple Man’s commands, the Swordsman attacked his father. He almost managing to kill him, but for the intervention of Wolverine, also there to kill Strucker Sr.. Andreas managed to hold his own against the attacking Canadian mutant.

Road to the Thunderbolts

Nowhere to be found after the Purple Man’s defeat, the now-free Swordsman hunted down the facility where his father’s body was being resurrected. Andreas woke him early with the intention of killing him personally.

His attempted patricide was halted by the arrival of Baron Zemo. Zemo made a deal with the senior Strucker, teleporting the pair of them away, leaving Andreas to fume.

Locating and spying on the group of former Thunderbolts Zemo had assembled, Swordsman learned that they planned to move against the current Thunderbolts. However, he was soon spotted. Fleeing, he crashed near the Thunderbolts’ current location in time to warn them as Zemo’s forces caught up and attacked.

While they were reluctant to trust him, particularly when his identity was revealed, the Swordsman aided them against Zemo’s forces. But when the smoke had cleared, the two sides joined into a single group under Zemo’s command, to face a greater danger posed by the Grandmaster and his new Sinister Syndicate.

Swordsman elected to join the group, his hatred of Zemo apparently abated.

When the Superhuman Registration Act came into effect, Andreas acted as trainer for the new supervillains inducted into the “Thunderbolts army”. The team was rounding up all the costumed criminals it could on behalf of the authorities, offering them the option of serving to oppose the Grandmaster’s plans.

They finally clashed with the Grandmaster, who was defeated. Zemo disappeared in the battle. 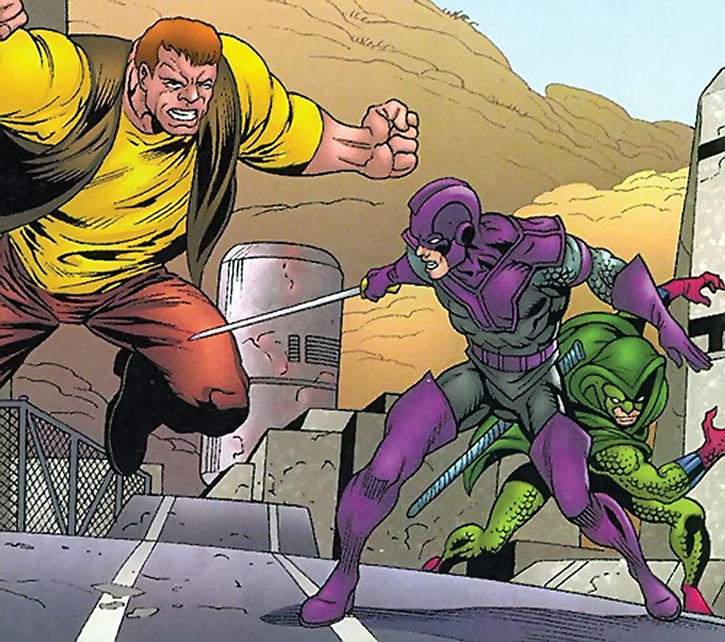 In the aftermath, Andreas was offered the opportunity to continue as a member of the Thunderbolts under the command of Norman Osborn, as part of the Initiative. In exchange for a year’s service, they’d use the technology available to them to clone his sister from a portion of her skin on his sword hilt.

When a group got themselves arrested by the Thunderbolts, keeping their telepathic abilities to themselves, they managed to exert control over the group in Thunderbolts Mountain. This caused Andreas to try to take over by having him use his fortune to buy some of the guards as his personal force, and bombing the place.

With the entire place in turmoil, Andreas had to face Osborn, also heavily influenced, in his Green Goblin costume. Osborn badly beat him, leaving him strung up.

Unhappy with their progress on his sister, and especially with Osborn, when the group were sent after Arnim Zola, Andreas made sure he could speak to him alone. Von Strucker offered to let him go if he’d clone Andrea for Andreas. They reached an agreement.

A while later, Andrea turned up at Thunderbolts Mountain, to the suspicion of everyone but Andreas, who was ecstatic. When the Skrull’s secret invasion became public immediately thereafter, Andrea became an immediate suspect, despite Andreas’ vehement assertions of her identity.

He insisted that she closely accompany him as the Thunderbolts shipped out to fight the Skrulls. Andreas was knocked unconscious in the battle, however, and recovered to find Andrea dead. He was told that the Skrulls were responsible (actually it was Bullseye). Enraged, Andreas took his fury out on the Skrulls, who were soon repelled.

Following the war, with Osborn gaining political power due to his visible role killing the Skrull queen, Andreas spotted the changes occurring within the Thunderbolts. Burying his sister near Thunderbolts Mountain, Songbird was the only team mate to help him in this. 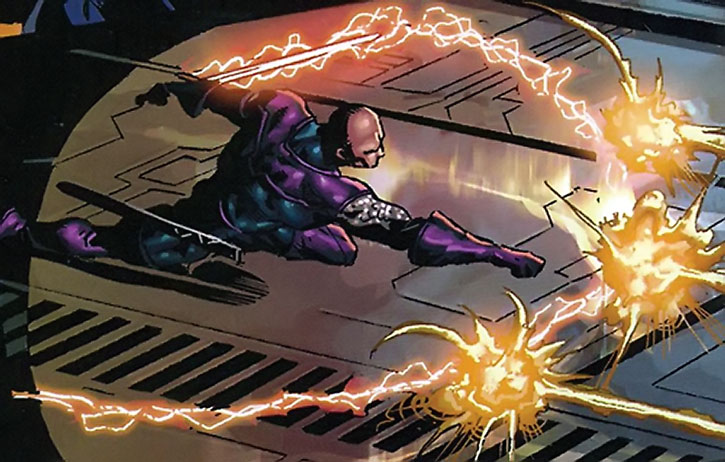 He warned her to watch her back. When Andreas was ordered, along with the other less heroic Thunderbolts, to kill her, he secretly betrayed Osborn. The Swordsman helped Songbird fake her death and escape.

Andreas confronted Osborn as he was moving out of at Thunderbolt Mountain, revealing he knew Osborn had made deals with some of the other Thunderbolts to keep working for him. Von Strucker threatened to go public with what he knew if Norman tried to renege on his part of the agreement.

He lost his temper during this, which triggered Osborn, who snapped, running Andreas through with his own sword, and throwing him out the window, over a very large drop, to his apparent death.

Arrogant and aristocratic, Andreas acts superior to all around him. Howbeit, he’s proven capable of working as part of a team, and of following the orders of those he trusts.

He had an extremely close attachment to his sister, and became obsessive when the opportunity arose to bring her back.

As a puppet of the Purple Man, Andreas seemed at ease in his role as a thrill seeking adventurer, confident in his actions, and never shying from a fight. Freed from the Purple Man’s control, he became more serious, embracing the change that he’d already undergone.

Furthermore, he was determined to continue it, displaying an earnest desire to become a better person, which he generally defined as the opposite of what he had been.

During this period he became a more sociable person, and was actively trying to be heroic.

When Osborn took over the Thunderbolts, Andreas began slipping back into his old aristocratic mannerisms, becoming more distant from his team mates. It seems that the prospect of getting his sister back became his only goal, his ambition to become a better person overridden by this, and his old persona began reasserting itself.

He didn’t fully trust Osborn, suspecting he was delaying Andrea’s return to keep Andreas as an operative, which he would see as an affront to his honour (and when Andrea was returned by another source, Andreas intended to work the rest of his service, if only to avoid being hunted).

This suspicion left Andreas feeling trapped, and he tended to be anxious, moody and depressed, retreating from social contact with his team mates, seemingly without direction as he himself couldn’t do anything to directly achieve his goal, having to rely on others he didn’t trust.

“People like you made our lives a misery for years. Self-important dirtbags in masks getting in the way of what we want. Now the sword’s in the other hand.”

Norman Osborn: “Shut up.”
Swordsman: “I will not. Some nouveau-riche American businessman with a shady past tell a Strucker to be quiet ? That is not how the world works.”

[Under telepathic influence exacerbating aspects of his personality] “I am Andreas, Baron Strucker. My father was a hereditary Baron, and therefore I take his title. It was what he wanted, you see. That I take his title and role. My father had will. He was a superman, in the truest sense of the word. He bent the world to his will. It was only the weakness of others that defeated his purpose. Are you weak ?”

Prior to Osborn taking over the Thunderbolts, Andreas’ motivation was mainly Anti-Heroic Thrill of Adventure, but since that time, his old Power Lust seems to have been creeping back a bit. 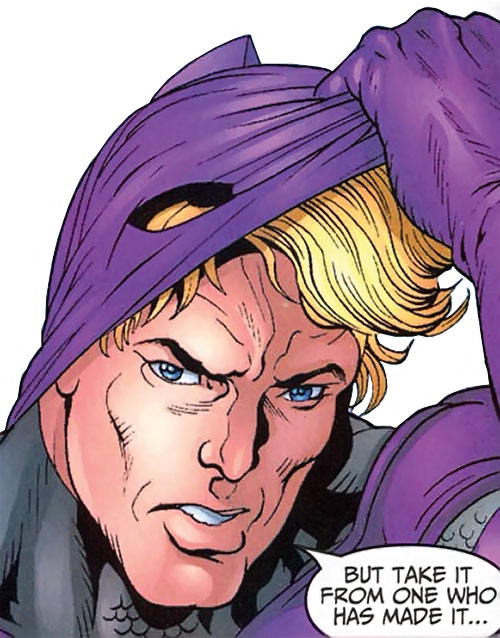 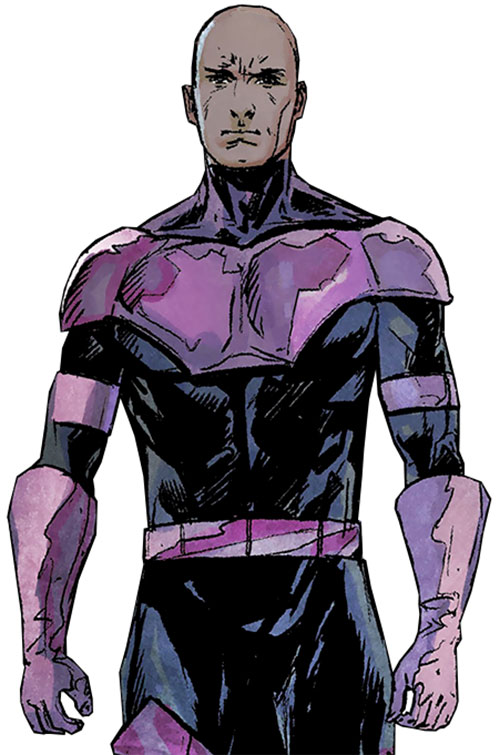 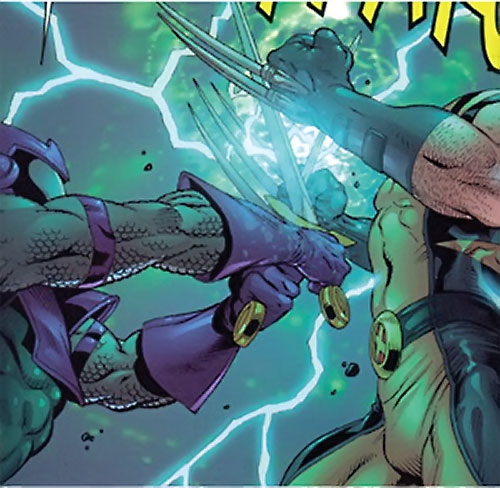 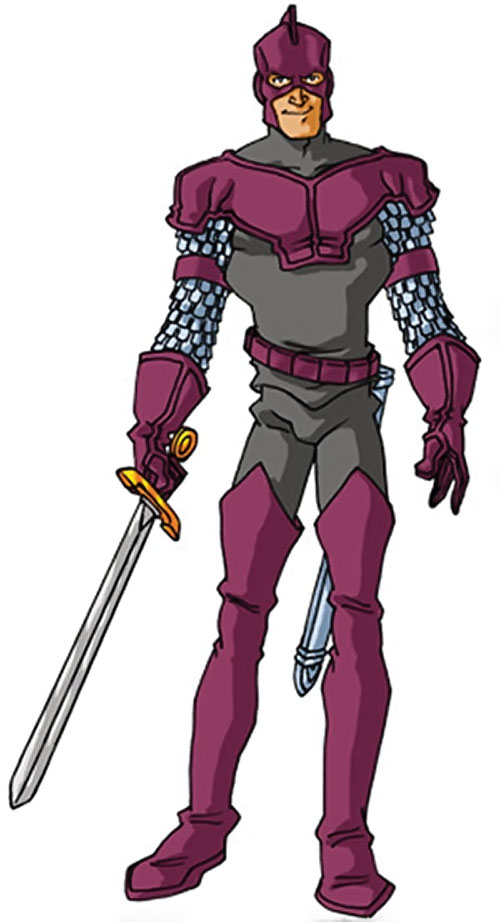 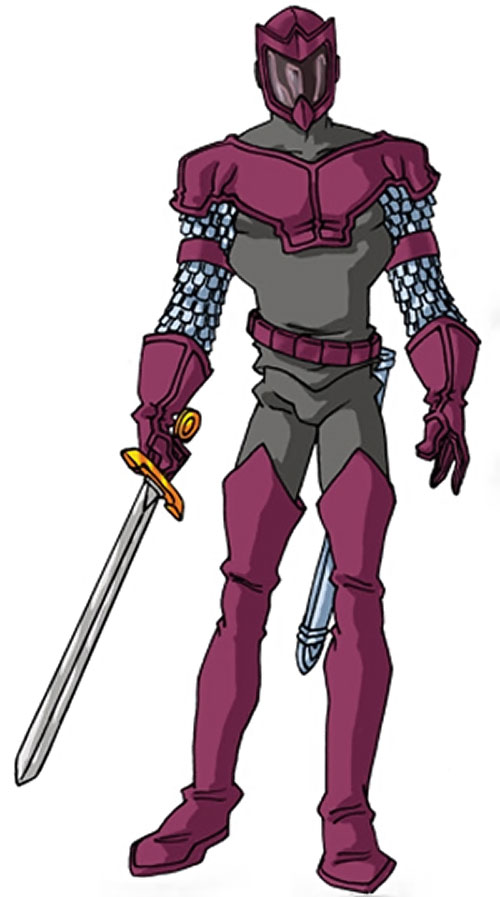