However, her darts are usually lethal poison and the gun now has an internal magazine with at least two shots. These were sufficient to take down, but not kill, the Eradicator (David Connor). Where she procured such as extraordinary poison — the Eradicator’s physiology being primarily energy-based — is unrevealed.

Though she’s fast and skilled, she’s clearly not as good as the Phantom Lady (Dee Tyler).

Syonide III arose during the 1980s as a hired tracker and killer. She used the same weapons as the previous Syonide, and a close variant on his costume. She also worked for his last employer, Tobias Whale of The 100 mob.

Whale noted that “Syonide” was her only known name. This may indicate that she claimed the Syonide arsenal and identity, then anonymously offered her services to the mob.

It is also possible, but less likely, that The 100 recycled the Syonide name and weapons by handing them over to a hitwoman whose name they did not know.

In early 1983, small-town bad seed Violet Harper accidentally procured the formula for a new narcotic. This drug was of great interest to The 100 mob, and particularly Tobias Whale. She tried to sell it to them, but Whale would have none of that and hunted her down.

Harper fled to Europe to sell the formula there, but The 100 sent the new Syonide after her. Syonide narrowly missed Harper in Paris, but finally found her in the small European country of Markovia. She shot Harper dead with her poison dart gun, checked her kill and left.

However, shortly after that alien creatures possessed the body and reanimated it, giving it light-based powers in the process. Albeit an amnesiac, this person soon joined the Outsiders as Halo.

In 1985, the Outsiders reunited Violet Harper with a family she did not remember in Arlington, MI.

The 100 were informed about it, and Syonide came in with some armed wise guys to investigate. The Outsiders intervened. In the fray Violet’s father Samuel shot Syonide 3 times to save his daughter’s. The hitwoman returned fire and slew both Sam and Margaret Harper.

It was implied that Syonide died from her wounds, but not conclusively demonstrated.

What happened right after the Harpers were killed is never shown. 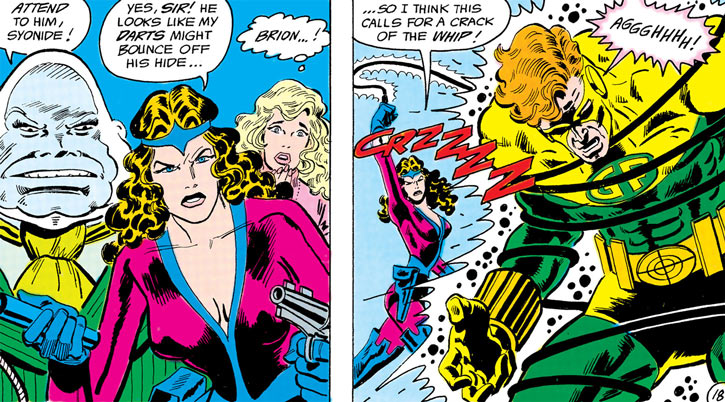 The events also seem to have taken place differently on New Earth than on Earth-1. Pre-Crisis Tobias Whale was physically present during the Arlington shootout, while in the post-Crisis flashback he doesn’t seem there.

Given these uncertainties, a reasonable hypothesis was that Syonide was badly wounded but escaped before the battle was over, and the inexperienced Halo mistook her wounds for fatal ones.

Syonide resurfaced in 1989 in Casablanca  , where she was hunting down a Russian biochemist.

However, the archery assassin Merlyn and the spy Phantom Lady (Dee Tyler) also came in to snatch the man. Flash (Wally West) also intervened. In the ensuing chaos, Syonide was easily defeated by Phantom Lady. 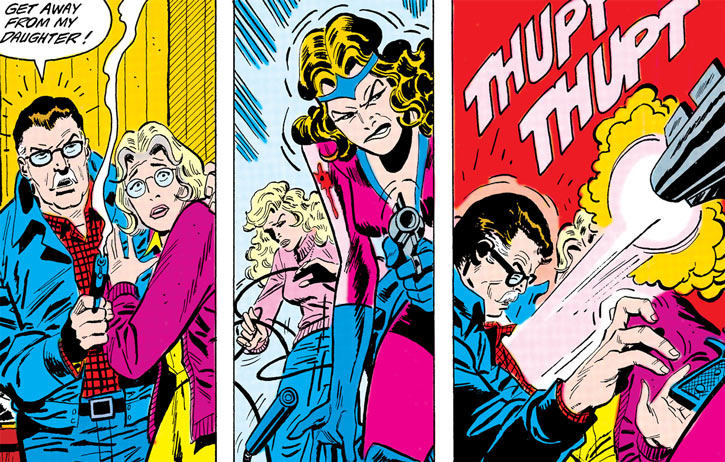 In 1995, Syonide had been hired to join a new version of Strike Force Kobra made up of Spectra, Windfall (Wendy Jones), Dervish and Fauna Faust. This force clashed with the 1990s version of the Outsiders.

During the fray Looker telekinetically reflected Syonide’s poison darts back at her, and Eradicator fatally strangled her with her own whip. Shortly after that, Fauna was killed by her father Felix Faust.

Return of the return

In 2004, it was announced that Superman had been badly wounded by Magog and was hospitalized. A number of super-villains attempted to storm the hospital while Supes was in the ER, but the Metropolis Police Department’s SCU and several heroes engaged them outside on the parking lot.

These characters were seemingly taken at random from the 1980s Who’s Who. Beyond Syonide (still in her 1980s costume) these included :

The simplest hypothesis is that a new woman claimed the Syonide identity. Though something odder may have been going on given the improbable assemblage of villains on display (Hypertime  ?).

In 2005, Syonide (back in the 1995 costume) was a member of the Society, a vast consortium of super-villains. Acting under Black Adam’s orders and along a new version of the Royal Flush Gang, Queen Bee (Zazzala) and the Parasite (Alexandra Allston), she attempted to stop Firestorm (Jason Rusch) and Gehenna Hewitt.

During the 1980s Syonide III usually wore a broad-brimmed hat and trench coat over her costume, though she stripped for action (and to gain better access to her weapons).

In Batman and the Outsiders #20 her costume covers her upper thighs – but it was miscoloured as bare thighs on the cover, which is the version that appears in Who’s Who and thus in subsequent material.

A stone-cold professional killer and manhuntress. Syonide takes pride in her work, checking her kills to make sure they’re dead. She felt anger at seeing Violet Harper return as it made her look bad. She seems vicious and cruel in combat.

In 1995, Syonide was in a relationship with Ms. Fauna Faust, one of her team-mates in Strike Force Kobra.

The usual pattern then happened –

The stats are mostly guesswork, given the paucity of data points in the material.

Source of Character: Batman and the Ousiders vol. 1 and subsequent appearances. 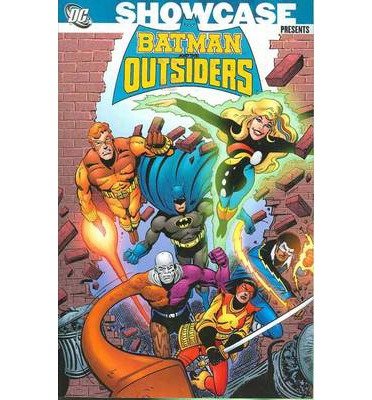 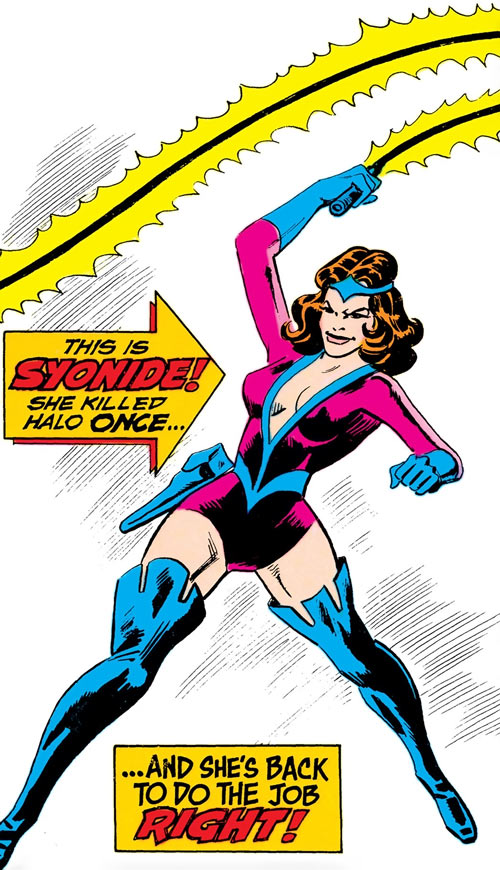 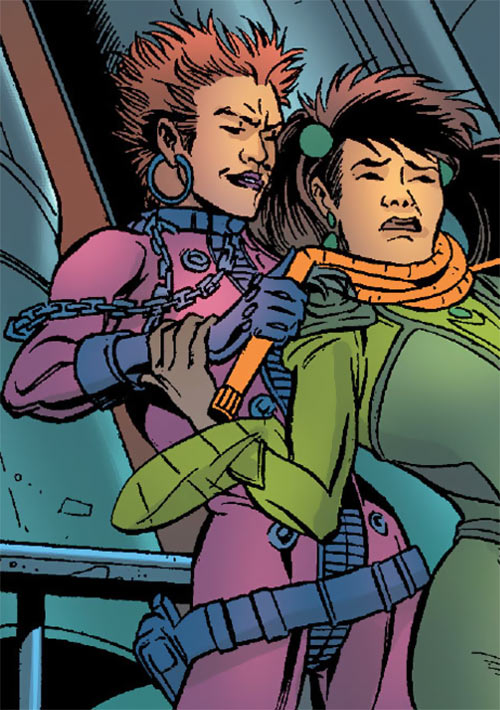