This profile was done while the game still was a thing. So yes it’s super-old, and the goal back then was simply to present the game’s star vehicle in DC Heroes RPG terms.

Besides, I don’t remember much of a story anyway. But of course it was almost 20 years ago, and given my skill level I doubt I progressed much in the game in any case.

A revolutionary flywheel design assists in power and stealth. That allows it to move quickly and easily over uneven terrain either as a walker or hovercraft, transforming as needed.

As powerful as its tracked predecessor, the Abrams M12A1 Urban Assault Vehicle, but many times more maneuverable, the X-1A is the ultimate ground-based “street sweeper”. From its secure cockpit, an officer can truly serve, protect, and survive.

Asides from its neat sensors, the Alpha is equipped with a laser designator. Its weapons are aimed where the pupils of the pilot are looking. The pilot can order one or more weapons to engage a target after just a brief look at it, and the Alpha will accurately shoot it until it explodes.

In the future, Los Angeles has become quite a Hell on Earth. It is full of criminals, mutants, mercenaries, terrorists, cultists, drug dealers… Many of these sport heavy military weaponry and flotillas of armed vehicles. The LAPD has gleefully adapted to the times, with a variety of urban assault vehicles designed to act as one-vehicles tactical forces. 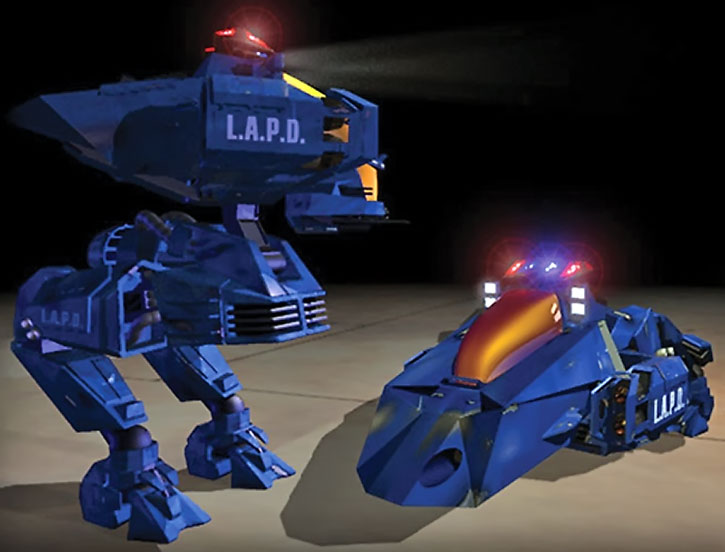 Both a fast intervention hovercraft and a nimble walking tank, the latest of those, the Alpha, can withstand unbelievable volumes of heavy weapons fire and is armed to the teeth.

(And yes, this game about the LAPD shooting all the things to restore order was released a few years after the riot that followed the Rodney King case. Video games.)

The Alpha is a powerful and obviously hi-tech vehicle, although it would be possible for someone like Luthor to design it. It works better, however, if it comes from an alternate near future.

The Tac X-1 Alpha can operate under two modes : walker and hovercraft.

It takes one Phase of inactivity to switch between the two.

The Tac X-1 Alpha is made even more versatile by its weapon pods, which can accommodate various weapon modules. Modules can also be switched for maintenance or reloading purposes. There are three mount for pods : 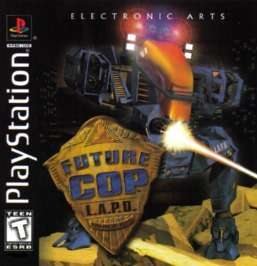 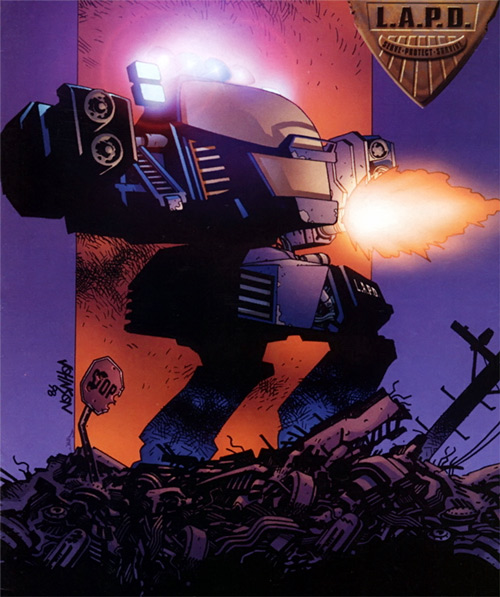