Taki is a seasoned demon hunter and ninja. She has managed to slay/seal a lot of powerful demons as well as stay one step ahead of the Fu-ma Clan who have hunted her for years.

She’s pretty skilled in melee combat and was able to beat Cervantes while he was possessed by the Soul Calibur. She’s also extremely fast and highly acrobatic.

Here’s a neural-network-upscaled version of the Soul Edge trailer. Now, with CGI that is *that* old and no budget you can only go so far. But it’s way better than a postage-stamp-sized video brute-upscaled by the player.

Taki is a very well proportioned (read comic book style woman’s figure) Japanese woman. She typically wears her trademark skintight red ninja outfit (I didn’t know they had spandex in the 17th Century!) and light body armor. She also has a mask to hide her identity, ninja style. Her hair is long and often bound into a ponytail. For some reason in quite a few of her outfits she wears a very short shirt and a thong underneath. One cannot help but wonder why.

Taki is a kind and passionate woman who cares deeply about slaying demons before they can harm mankind. She left her ninja clan. As a result she was marked for death and hunted for years before eventually being forced to kill her former master/adopted father just to do the right thing. She is also quite passionate about her work as a blacksmith. Taki cares deeply for the weapons she forged.

She also seemed like a bit of an adrenaline junkie at times. For instance she was constantly tempted to use and master the evil power of the Mekki-Maru despite the risk, but that could’ve just been the evil blade tempting her.

“Soul Edge. Your scars run deep. Even in death.”

“Demon defeated. The deed is done.”

“Demon captured. The deed is done.”

Also note that she does not have the dual wielding Schtick as she very rarely uses both blades at once and even then the effects don’t seem impressive enough to warrant granting her the Schtick. 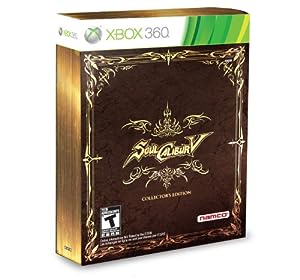