Takio is a creators-owned 2011/2012 comic by B.M. Bendis and M.A. Oeming. More stories were planned, and they stayed that way.

It’s an all-age story, with Bendis’ usual emphasis on dialogue.

This entry doesn’t discuss the (light) plot. So there aren’t *quite* S P O I L E R S. But it still spoils a bit.

It takes place more or less in the real world. One without superhumans.

Our young heroines are Taki and Olivia McGill. Their dad died some months before the story starts. Their mum’s given name isn’t.

They live in Portland, OR. 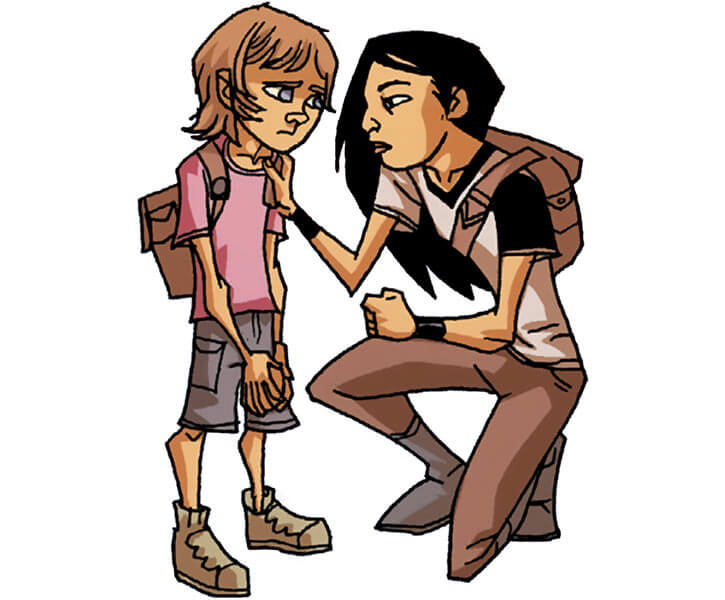 Olivia and Taki’s powers seem telekinetic in nature. Applications include :

The girls also seem more resilient to falls and collisions than they should. Life would be easier if it were true of all kids.

Attempting to empower soldiers in a similar way didn’t work. It may be a matter of age, body mass, sex and/or other factors.

Otherwise, they are about as useful as most other kids that age. Though I guess you can send those ahead of the party to trigger dungeon traps.

One notable quirk is that they don’t have cellphones. Their parents didn’t want them to.

Taki has a solid vocabulary and decent grammar. Olivia doesn’t. 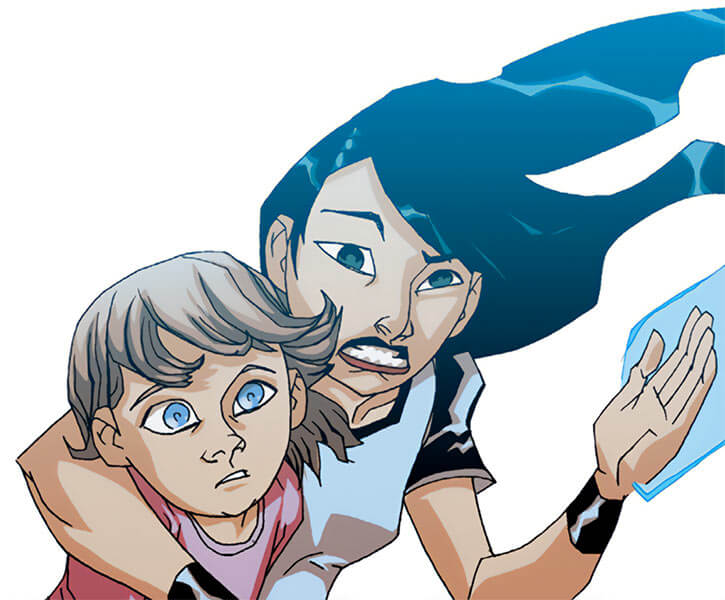 Something middle-school girls would listen to in 2011… Mmm, I guess you can stray too far by going with some Rihanna. Though I ain’t sure their mum would let them listen to this album.

Unfortunately, this track also had some Jay-Z on it. Look, *not even* Rihanna is perfect. What hope is there for the rest of us ?

Taki and Olivia live in a typical suburban area of Portland. Their parents are overprotective, though they seemed otherwise nice enough. Both kids seem adopted.

Some time before the story starts, their father died. Their mum is still grieving. Depressive symptoms mean that she isn’t too communicative. One also gets the impression that she took a second job to keep the lights on.

To compensate, Taki is doubling down on her big sister role. She’s acting as responsible as she can to raise Olivia while their mum is incapacitated.

But one day, something strange and sudden happened…

They pretty much are always dressed in jeans and t-shirts. Though Olivia also likes cargo shorts.

They don’t get to dress in fun ways like many other Portland kids do, presumably due to parental orders. Still, Taki has a pair of tough girl leather bracers.

The “costumes” are pretty much children’s dancing unitards, plus Halloween masks, plus cobbled-together novelty accessories.

When using their powers, they both emit blue-white energy. 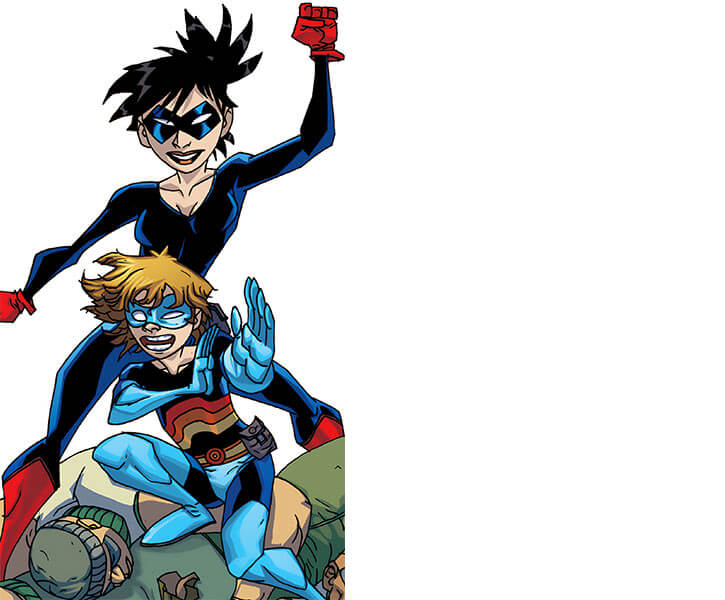 Taki is a reserved, responsible kid. She’s also currently acting as a mini-mum for Olivia.

Taki isn’t really introverted, but she doesn’t mind being alone. She likes having contemplation time, and keeps a diary.

She also wishes she were a bit older, and is concerned with maintaining her in-school social status.

Though she’s not aggressive, she doesn’t shy away from confrontation. Especially if insulted for being Korean-American.

She also reacts well in a crisis.

Olivia thus often gets on Taki’s nerves. But they’re obviously close friends, and work together to shield their mother from additional bad news.

Taki doesn’t have a bunch of friends. But she has a particularly close bond with her BFF Kelly-Sue. To the point where they and their friends will often describe that relationship in romantic terms.

Taki’s *actual* romantic interest is an older boy. But he’s in high-school, dating a cheerleader his age. He likely doesn’t know that Taki and her puppy crush exist.

Olivia has a bunch of friends among other second-graders. But they’re all too small for these relationships to be complex. It’s Taki who’s the central person in her world, especially while their mum is out of it. 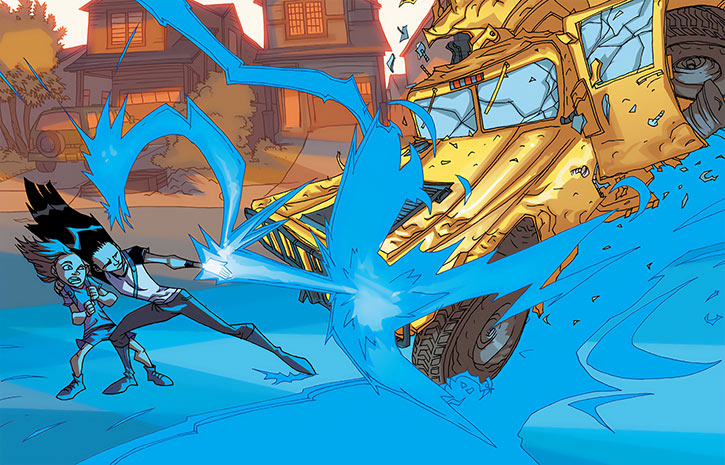 Olivia: “Today was fun.”
Taki: “Of course it was fun. You’re in second grade… all you do is nap and poop.”
Olivia: “We learned about the Moon !”

That they are the first known superheroes in their world would likely have played a role in further stories… But these stories are unlikely to ever exist.

Portland doesn’t have much superhuman action in the main universes. In the DCU Green Lantern Jessica Cruz lives there. But generally the coast is clear for the McGill sisters.