The Tally Man is a surprisingly adept opponent. He’s a formidable gunman, capable of laying down an accurate volume of fire with a machine pistol in each hand, and an excellent acrobat with whipcord-like muscle.

He’s also an experienced hand-to-hand fighter who can punch really hard and take a lot of punishment.

The Tally Man is the son of an unrevealed criminal who racked up a huge debt with loan sharks before dying. The shark’s enforcers turned upon his wife to have their money back, and the woman and her two children lived in terror for years.

Every single dollar they could put aside went to the shark. When she attempted to pay for any toy or small luxury for her children, she’d get late on payment and viciously beaten up in front of her kids.

Eventually, the future Tally Man, aged 12, savagely beat one of the shark’s men. He hit him with a hooked gaff from behind. He was taken to a correction centre as a murderer, but couldn’t understand why – he had just defended his mother.

His stay at the detention centre was a nightmare, and when he came back his mother, unable to repay her debt, had killed her daughter and hanged herself.

Everybody must pay the tally man

The kid’s goal was, at that point, clear. He wanted to be a big man, a bad man, a debt collector no one could resist and who would be all-powerful.

He soon became a professional hitman. His rationale was that people marked for death had accrued a “debt” toward the person putting up the contract. Thus, the Tally Man was hired to “close the account” of the target. He killed 66 targets during his early career.

The Tally Man clashed with the Batman several times – once with Jean-Paul Valley, and then with Dick Grayson. He inflicted significant wounds to Valley, but didn’t fare as well against Grayson.

During the No Man’s Land, the Tally Man was hired by Two-Face as one of his main gunmen. At one point, he was sent to capture Sarah Gordon as a diversion, and held off the Blue Boys until Batman arrived and captured him.

The Tally Man was reportedly murdered by Two-Face after that.

The Tally Man’s proportions and movements are weird. It looks like he has impossibly long legs. Seeing him manoeuvre acrobatically is also odd, as such a tall person would usually be assumed to be clumsy and unstable. It is possible he wears Stilt-Man-style “leg extensions” under his robes.

Jean-Paul Valley left the Tally Man with a large, bat-logo-shaped scar on his chest.

An intense psycho and professional hitman. He always presents his action as a form of twisted, inevitable justice. He makes people pay for some nebulous; abstract “debt” they have, and sees himself as a terrifying but neutral agent.

He’s determined to carry out his contracts and sees himself as unstoppable. Yet he doesn’t boast too much about it.

The Tally Man prefers to avoid shooting women and children, but will do so if necessary. He keeps a list of his current targets in a small book, crossing out the names as he kills. He keeps plenty of blank pages to write down more names.

“Sooner or later, everybody has to pay the tally man…”

“You owe a debt, friend… and the Tally Man has come to collect !”

Tally Man has an even starker version of a classic problem with villains. He kicked arse during his first appearance, but quickly became much less competent.

So I’ve drawn a happy medium. We can assume he somehow had 60 HPs during his fight with Azbats and that Jean-Paul got lousy rolls. 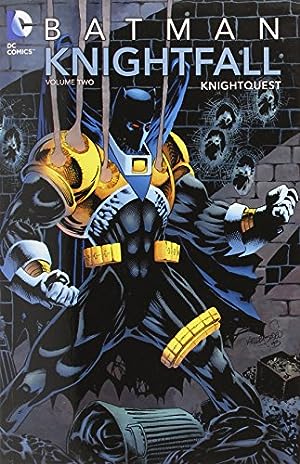 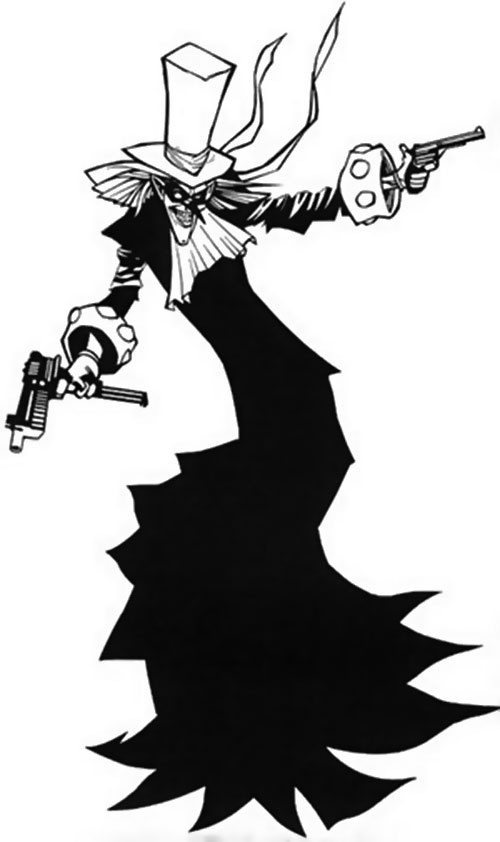 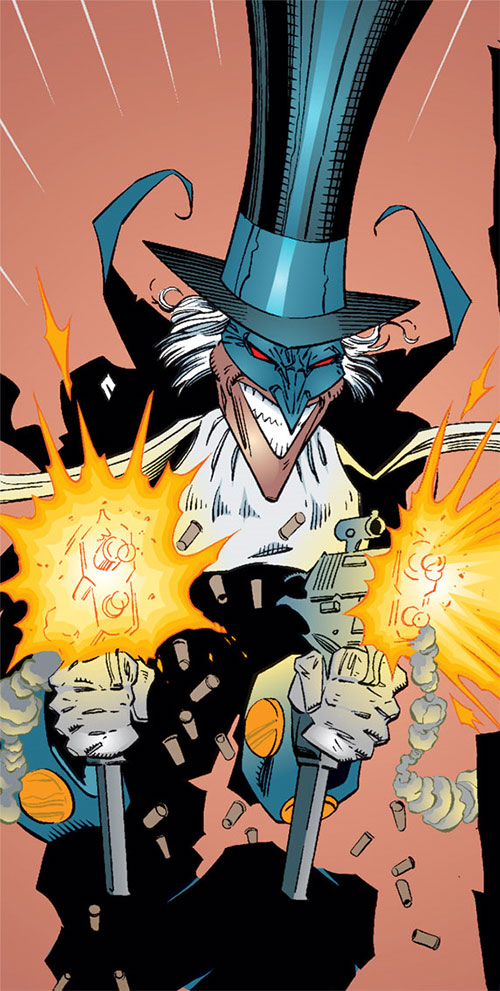