Tao Pai Pai was hired by the Red Ribbon Army to kill Songoku and get his Dragon Balls.

Tao Pai Pai first killed General Blue. He later defeated Songoku at the basements of the Sacred Tower, almost killing him. During the battle his tunic was ragged by a Kame Hame. As a result, he went to a nearby village to dress properly before returning to the Red Ribbon’s HQ.

But Songoku was alive. The fourth ball he had under his kimono had saved his life. Thinking Tao Pai Pai would return to recover the fourth ball and recalling how easily he had lost, Goku climbed to the top of the Sacred Tower. His goal was to drink the Holy Water, a feat that only one man had achieved before : Kame Senin.

When Tao Pai Pai returned three days later, Songoku had finished his training at the top with Master Karin. They battled again, and this time the winner was Songoku. Wondering what had changed, Tao Pai Pai cheated Songoku and climbed the tower. At the top, he intimidated Karin to give him Holy Water. However, the Lord of the Tower was smarter and cheated the cheater.

Convinced he had drunk Holy Water and that he was stronger than ever, Tao Pai Pai fought again with Songoku, losing again. Going berserk, Tao Pai Pai attacked Songoku with a saber and finally threw him a grenade. Songoku threw it back.

Tao Pai Pai was presumed dead until some years later he returned as a cyborg to the Great Martial Artist Tournament.

Tao Pai Pai is about 5’ 10” tall, slim, with black hair (including a pigtail he loves to wear) and a short black moustache.

Tao Pai Pai dresses a pink Asian tunic with his logo at the front and his motto “Kill You” at the back. Under it, he wears violet trousers.

Tao Pai Pai has been devoted to his “job” for 20 years. He is grim, ruthless, with a dark humour and doesn’t forget an offense.

He charges a lot for every service he is hired to do (100 millions to kill somebody). He will always bill even trivial surcharges. However he had a “special offer” for his 20th anniversary: 50% sale).

Tao Pai Pai is proud of his elegance and will not appear in public, if he can avoid it, without being perfectly dressed. 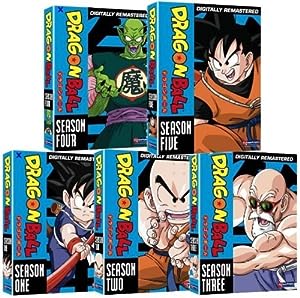