His body is composed of hot sticky tar. It is liquid enough to absorb the physical impact, and can prevent targets escaping his grasp.

He can launch adhesive clumps of his tar at targets, and usually aims for their faces, to suffocate them.

He did have the ability to project his consciousness into inanimate objects and animate them, but he lost this ability in his current body.

Joey Monteleone is the younger brother of Jack “The Candyman” Monteleone, Keystone’s drug lord. Getting involved in petty crime, he ended up in Iron Heights. After a while he discovered the ability to project his consciousness into inanimate objects.

After several “joyrides” he animated a vat of hot tar. Monteleone went on a rampage at a Keystone Combines hockey game, where he battled the Flash and Captain Cold. He was subdued by the Flash. He discovered that he could no longer return to his original body, and his new body was also incarcerated in Iron Heights.

He escaped Iron Heights during Grodd’s breakout, but his original body remains comatose and incarcerated.

Tar Pit is a punk who doesn’t seem to have any particular goals. He goes around causing trouble for the fun of it. 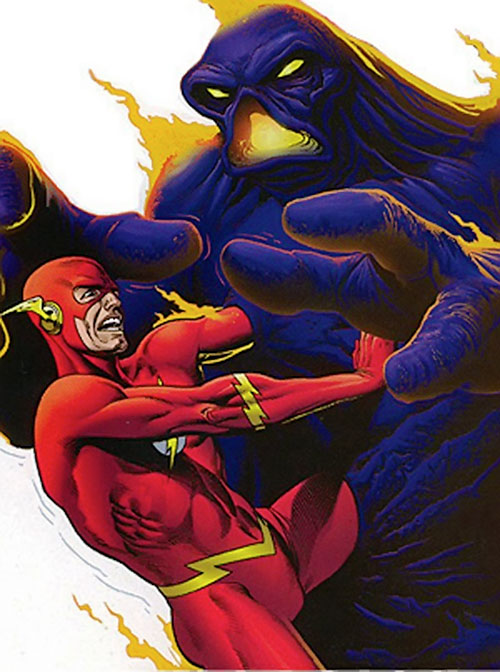 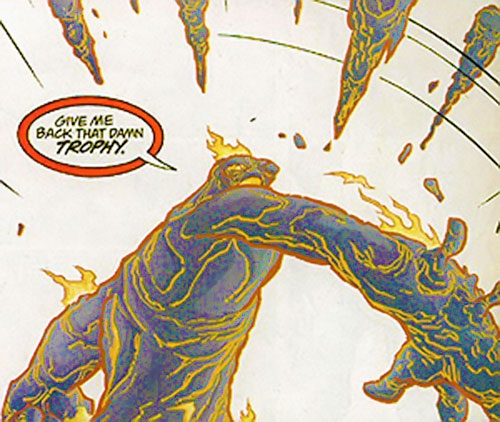