Tar (and the S-Tar variant) is a super-drug. It grants superhuman strength and musculature for a while.

It was seen in DC comics during the mid-1990s, primarily in Steel.

Those street drugs seem derived from research programs into military combat drugs. These were run by the Amertek corporation with the US military. Tar was chiefly seen in the hands of Washington, D.C. street gangs (where the Amertek corporate HQ is).

Doses look like a test tube full of drinkable fluid.

A person drinking Tar immediately hulks out. They considerably grow in size – the extra mass likely is drawn from an otherdimensional source. Subjects instantly develop superhuman muscle mass. They instantly acquire what seems to be “Class 5” super-strength.

The effect is relatively short. There are many instances of users “de-taring” in the middle of a fight. The duration seems somewhat random.

One person with a recently broken arm was able to fully use his arm while under the effect of Tar. It is likely that such conditions return as soon as the Tar’s effect fade. Possibly with extra pain of damage from having unreasonably pushed the body.

Persons under Tar are usually able to withstand small arms fire. Once subject once took a glancing hit from a BG-80 “Toastmaster” energy rifle without telling damage.

Though the transformation induced by Tar is spectacular, in DC Heroes RPG terms it takes but a single Phase. After all, this is a genre where Thor can deliver entire soliloquies within a single panel. And related to genres where magical girls can cram a full transformation sequence (and fighter boys an elaborate attack buildup) within seconds. 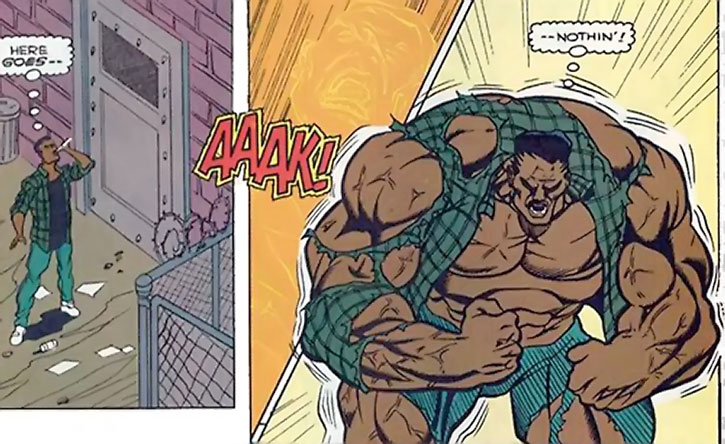 Basic Tar seems to be roughly as addictive as crack cocaine. It is even more medically dangerous. The lifetime of most tarheads seems to be about 2-3 years after starting to do Tar. Super-Tar (“S-Tar”) is even more addictive. No person has been known to survive more than three S-Tar hits before dying to massive internal bleeding.

One of the few survivors became Cyborgirl. The damage being was so dire as to necessitate cybernetic reconstruction.

Amertek ran into serious trouble with the hero Steel (John Henry Irons) in the mid-90s. This likely killed that source of Tar production. But other sources — or very similar chemical compounds — likely exist.

For an example of a vaguely similar, but less potent, DC Universe booster drug, see the Mega-Flex profile.

[BODY 01 /STR/ 08 /BODY/ 06 Growth: 02, Bonus: Tar suspends the effect of non-permanent wounds (e.g., a broken arm) as long as it is active. Limitations: Growth is Already Factored In ; Tar effects last for 3+1d10 Phases – then /STR/, /BODY/ and Growth all start losing 2 APs per Phase until the person is back at baseline. Drawbacks: Addictive and damaging, Minor Rage].

[BODY 01 /STR/ 09 /BODY/ 08, Growth: 02, Bonus: Tar suspends the effect of non-permanent wounds (e.g., a broken arm) as long as it is active. Limitations: Growth is Already Factored In ; Tar effects last for 3+1d10 Phases – then /STR/, /BODY/ and Growth all start losing 2 APs per Phase until the person is back at baseline. Drawback: Addictive and highly damaging, Serious Rage]. 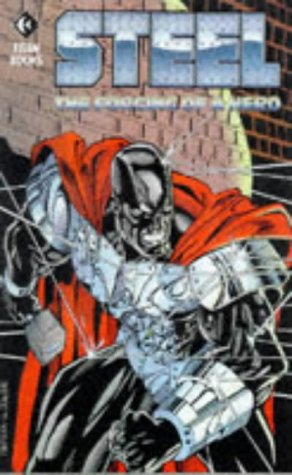 Steel: The Forging of a Hero (Steel)