Tara is a reasonably powerful witch. She’s practiced magic with her mother from the time she was a child.

As a result of this, and her own studies, she can:

Born in the southern United States to an abusive family, Tara Maclay had always been withdrawn. Her remaining family jokes that she didn’t begin to speak until the age of eight. Tara avoided all people except her mother. She felt that they shared an additional special bond, beyond being mother and daughter.

A family legend held that the women in the Maclay clan were cursed, and on their 20th birthdays, would turn into demons. But the family legend also told of the ways that the demon could be kept in check. Interestingly, these “treatments” bore great resemblance to keeping the women mostly at home and hard at work with domestic chores.

Tara’s mother, as it turned out, was a powerful witch. She passed along much of what she knew to her daughter, during what time they were permitted to bond. This continued until Tara was 17, and her mother passed away. Over time, sometimes blaming herself, sometimes blaming others, Tara managed to complete high school.

Some time soon after Tara’s graduation, she ran as far away from home as she could manage.

Soon after, she found Sunnydale. She settled there, enrolling at the local university, still rather withdrawn. However, she continued to practice her mystical abilities. Around the new year, during the invasion of the Gentlemen, Tara encountered a fellow spellcaster, Willow Rosenberg.

Tara understood immediately that this young woman was far different than the shallow “wanna-blessed-bes” in the campus Wicca group. So, when the Gentlemen attacked, Tara immediately sought Willow out for her assistance in a spell to repair the damage done. However, all they could do to protect themselves, during which Willow learned the depths of both her and Tara’s abilities.

Finding kindred spirits, the two began studying magic together. Over time, they fell in love. When Willows “ex” Oz re-appeared, Tara was beside herself with grief, but was prepared to back out of their relationship, should Willow decide to go back to him. Fortunately for Tara, Willow chose otherwise, and their relationship continued to blossom.

On Tara’s 20th birthday, however, her family came to Sunnydale, looking for their wayward, supposedly-demonic witch. Tara resisted, and attempted to hide the “truth” from her friends. This accidentally blinded them to all demons, including the ones attacking at the time.

Tara undid the spell, apologized profusely, and prepared to leave for home, until Willow’s friends proved that they were Tara’s friends, as well, by refusing to allow Tara to leave.

Except Spike. He didn’t care what happened. He said so. Spike did, however, care enough about the situation to help prove that Tara was purely human. This gave the friends the leverage they needed to reject the pleas and threats of the Maclay family.

Soon after, though, marked a dark time for Tara, as the Hellgod Glorificus had concluded that Tara was the mystical energy given human form. As such, she could open a portal back to her home. Glorificus (“Glory”) confronted Tara just after a fight with Willow. Fortunately, Glory realized that Tara was not “the Key.”

Unfortunately, however, Glory decided to send a message to Buffy Summers (who was rumored to be acquainted with the Key’s human form) by draining Tara’s sanity. For weeks, or perhaps months, Tara wandered in a daze, only surviving under the care of her lover. Willow even managed to restore Tara during the final battle with the Hellgod.

Since then, Tara has become closer with Buffy’s circle of friends (particularly Dawn, who she sees needing guidance). But recently, her relationship with Willow has taken a major turn for the worse, given Willow’s seeming addiction to magic.

Tara has a somewhat drawn, saddened look to her natural face, even when smiling. Her eyes are slightly larger than would be normal (perhaps indicative, to the observant, of her abilities), and her withdrawn attitude highlights this.

While heavy, Tara by no means gives the impression of being fat. She appears anywhere from lithe to moderately overweight, depending on her attire, which is frequently reflective of her mood. When alone and depressed, Tara will tends to favor what one might call “frumpy” clothing—loose-fitting, full-length, dim-color affairs.

While in better moods (especially when with Willow), she is much more likely to wear clothing which accentuates her beauty.

Tara is an extremely humble and shy person, who will often evade the spotlight at all costs. Despite this, she is quite confident in her abilities, and will open up to those she knows care about her. Tara is also the poster child for responsibility, well-understanding the horrors (fantastic and mundane) that can arise from both magic use, and everyday life.

Beyond that, Tara has fallen deeply in love with Willow Rosenberg, and—perhaps through empathy and recognition of a similar situation — has grown quite attached to Dawn Summers. Regardless of the circumstances, Tara has shown that she will back and defend either of them with her life. She has a faith in both of them which simply will not be overcome.

“Could be tricky. We’re calling upon the communal spirit of a certain time and place. I’m more comfortable with dead people.”

“OK. Once upon a time, there was… um… a kitty. She was very little, and she was all alone and nobody wanted her. Oh, it gets better, ’cause one day, the kitty was running around on the street, and a man came and swooped her up and took her to the pound. And at the pound, there were lots of other kitties, and there were puppies, and some ferrets… Yes. Many dolphins at the pound… There was the front of a camel. A half-camel… Well, now you’ve ruined the ending. There was a whole exciting middle part with the French Resistance.”

“Yeah, you’ll learn her source, and we’ll introduce her to her insect reflection… That was funny if you’ve studied Taglarin mystic rites  and… are a total dork…”

“See those stars over there ? ’Cow With Three Udders.‘ And that’s ’Moose Getting a Sponge Bath,‘ ’The Short Man Looking Uncomfortable,‘ ’The Little Pile O’Crackers’… That one’s a bit of a stretch.”

“No, see, it can’t end like that, ’cause all of Quasimodo’s actions were selfishly motivated. He had no moral compass, no understanding of what was right. Everything he did, he did out of love for a woman who’d never be able to love him back. Also, you can tell it’s not gonna have a happy ending when the main guy’s all bumpy.”

“I go on-line sometimes, but everyone has really bad spelling. It’s depressing.”

“It’s Sobri root ! It’s supposed to confuse him, but it kinda just made him peppy. It’s not supposed to mix with anything… Do you think he might be taking prescription medication ?”

“It is wrong. It’s against all the laws of nature, and practically impossible to do, but it’s what we agreed to.”

In the DCU, Tara would likely have worked along side one of the more modern Titans groups, perhaps the team led by Arsenal, in much the same way that Lilith accompanied the Teen Titans.

In more recent times, Tara has come into contact with Young Justice, and is considered something of an unofficial member, though the majority of the adult heroes have yet to trust her.

The more cynical among us might consider that Tara’s life has recently been uncovered as a ruse, and she was replaced by J’Onn J’Onnzz, the Martian Manhunter, after her death…

Bonuses and Limitations:
Truesight is always on, but can only see auras and the like.

Artifact(s):
2 Omni-Artifacts [C, 4APs, R#2]. Tara can typically be relied upon to have a handful of powders and potions on hand in case of an emergency. If they fail, they may have an entirely unanticipated effect. Never good.

Tara previously had Dark Secret (part demon), but that has since been revealed as a ploy by her family to keep her under their control. Her Occultist score was also, in all likelihood, as low as 5 APs.

Then, for a while toward the end of the Glory arc, Tara had a Catastrophic Psychological Instability, and her Awareness and Truesight were boosted to around 10 APs (with the Limitation removed), allowing her to see the Key’s true form.

Typical quotes were along the lines of “Don’t…please don’t with that treachery. I told the cats. And now, I beg my mother, sitting all alone,” and, “Floaty green shimmers. Why don’t you shimmer?” 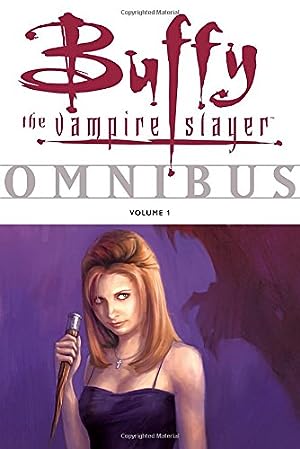 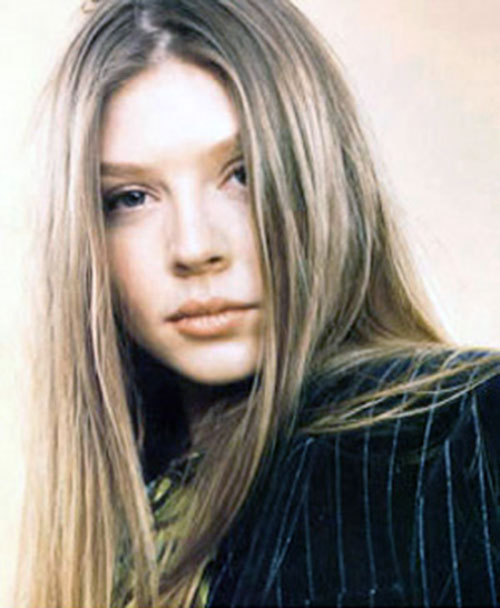