Law is now just an old man. The physical excesses of his youth have left his body frayed, and he needs a tripod cane to walk without uncomfortable pain and fatigue. He knows that his glory days are way behind him, and lives a simple but grumpy life.

In his youth the Tarantula was a two-fisted action hero. He was both a superb hand-to-hand combatant and a skilled acrobat. His web-gun shot a sticky wet “web-line” which could snare criminals. His boots were equipped with small suction cups to climb walls.

Growing up on a southern Missouri farm, John Law knew that he was destined for great things. A tinkerer and a voracious reader, the youth discovered that he had a flair for writing.

After attending college, he made his way to New York City to find his way as a writer. Striking gold on his first book, Web of Hate, Law settled in and began to pound out several best-sellers over the course of a couple years. Becoming financially secure, he turned his thinking over to another area that had caught his imagination in recent months… the “mystery-man”.

After one more successful crime novel (The Twelve Masterminds) Law began doing research for a non-fiction book about such mystery men.

He wrote the book

In the course of that research, Law interviewed Dian Belmont in the summer of 1941. He wanted to know about her association with the masked crimefighter, the Sandman. Belmont gave Law a sketch of a costume she had designed for the Sandman, which she doubted he would ever wear.

After having written about crimefighting for years, Law decided to become a costumed crimefighter himself. He would wear the Belmont-designed costume.

Inspired by his pet tarantula, Law decided to take the name “Tarantula” – as the spider was “the hunter of the insect world”. In keeping with the spider theme, he devised a web-gun and suction cups for his boots so he could walk on walls. He entrusted his loyal housekeeper, Olga (a German expatriate), with the secret of his dual identity.

A few days after Law’s meeting with Belmont, Olga finished the costume. Tarantula made his first public appearance soon afterwards. He defeated thieves who had robbed the audience of a Broadway theater.

A short time after the Broadway incident, Belmont donned the Sandman’s trenchcoat and gasmask to investigate a case of industrial sabotage since Wes (Sandman) Dodds was out of town. However, she was badly wounded and apparently killed by a Nazi agent. Tarantula then attacked the agents.

He was joined by the Sandman, who was wearing the new costume designed by Belmont. Together, the two heroes overcame the saboteurs.

The Tarantula later joined the wartime All-Star Squadron. Soon afterwards Law adopted a new costume, as he felt the Belmont-designed one belonged to the Sandman. He also continued doing research for his book.

As time and action took its toll on his body, The Tarantula soon went into semi-retirement. In 1950, Law was called before the House Un-American Activities Commission . He was called to testify and reveal any and all known Communists or sympathizers he knew of in the New York writing community.

Refusing to do so, he was blacklisted and found no publishers would accept his detective novels anymore.

Decades passed as Law survived writing for first the dying pulp publishers and then for the cheap-end paperback publishers. He mostly wrote under pseudonyms. As his income dwindled, he moved down the scale, from posh New York apartments to his three-room flat in Blüdhaven. By the 1990s he survived on his Social Security check and the meagre royalties from his cheap adventure paperbacks.

He finally published his book Altered Egos: The Star-Spangled Super-Heroes of World War II in the 1960s or 1970s (depending on accounts). Enough time had passed since the war that most members of the A2S had retired. According to most, that book was not particularly successful. Interest in the wartime mystery men had presumably faded by publication.

In Blüdhaven, John Law lived in the building where Bridget Clancy was formerly the super, which was secretly owned by Dick Grayson. He met Nightwing once, when two octogenarian Nazi villains tracked Law down to Blüdhaven to have their revenge. Law fainted or was knocked out almost immediately, but the two elderly villains were pushovers for Nightwing.

The most recent persons to be inspired by his legacy were quite a disappointment, however. Fanboy Tad Ryerstad worshipped the Tarantula but never understood what the old man said before becoming Nite-Wing, a wanna-be hero violent sociopath. A new Tarantula (Catalina Flores) later appeared in Blüdhaven, but she also proved to be particularly violent, with no code against killing.

John Law died tragically, when Blockbuster had Dick Grayson’s building firebombed into rubble to avenge himself. He was buried in a collective grave along with the building’s other tenants. But it is unclear whether the body was found.

Law is now a grumpy old man. Although he’s now a has-been, he’s not really bitter. But he most assuredly follows the “you damn kids get out of my lawn” school of thought. He thinks that everything was better in his youth, and that kids today have no values and can’t do anything right like he did.

He writes hopelessly outdated and somewhat purple pulp fiction – some about a fictionalised version of the Tarantula. Mr. Law hangs out with other elders of Blüdhaven playing cards and the like.

When the tenants of 1013 Parkthorne were nearly evicted, he was very angry and made some protest placards for everybody to hold to picket the entrance when the demolition team would come. As this shows, he can be on the virulent side.

Even in his youth

When young… well, he was already rather grumpy and a bit self-centered, now that you mention it. Nothing really awful, but visible flaws in his 1940s Thrill-of-Adventure generic hero persona. At the very start of his career he was happier and emphatic.

Before he joined the A2S, he was very popular in New York City, including with cops. But had a policy never to have any contact with law enforcement officers, as he thought it would undermine his effectiveness. He normally got away before cops would reach the scene. As a result, there were rumours that he was actually backed by a concurrent crime syndicate.

Nevertheless, his popularity with all law-abiding citizens remained high before the McCarthy crisis in the 50s.

(Panting) “Man… I gotta cut back on the Danish…”

Drawbacks:
Secret identity. During his time in the All-Star Squadron he had a Dark Secret (is really a writer planning a book on heroes).

Helper(s): Part of the history from DC’s Who’s Who (yellow dots edition) and geocities.com/Area51/Labyrinth/7393/wwtarantula.html (defunct). Original writeup for the Tarantula by Ray Winninger for Mayfair Games. 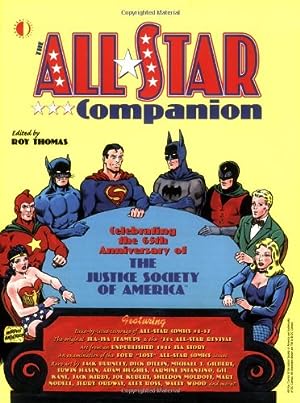 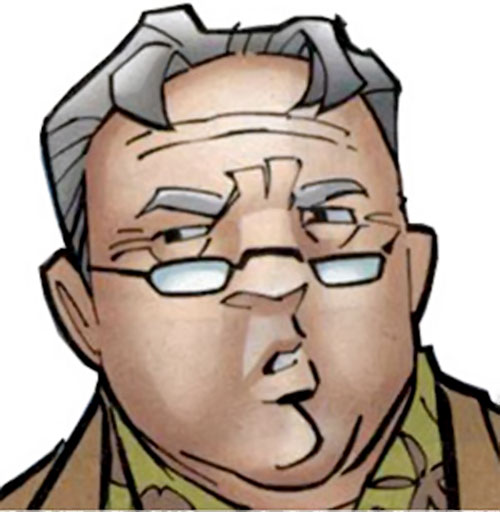