Taskmaster possesses the innate ability called “Photographic Reflexes”. It enables him to watch another person’s physical movements and duplicate them without practice, no matter how complex. Once a victim has been studied by the Taskmaster, he has the uncanny ability to anticipate their every movement. 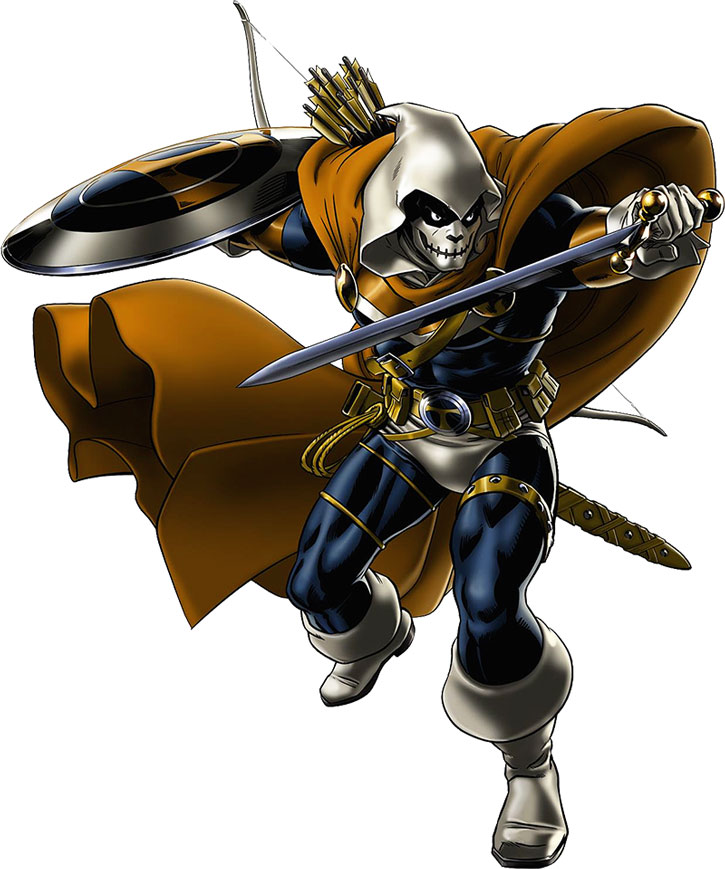 Among the studied have been:

Taskmaster also makes use of a vast arsenal of replica’s based on his “victims” weaponry, all to great effect.

As a child, the Taskmaster amazed his family by being able to mimic whatever he saw other people do, including the rope tricks performed by TV cowboys. Studied by doctors, he was determined to have “Photographic Reflexes”. Among other things, this enabled him to lead his high school football team to victory after he saw a pro quarterback play.

Torn between becoming a hero or a villain after graduation, he opted to go for the big money. He opened a school for criminals, training thugs and then renting them out to various criminal groups.

After some minor solo criminal exploits, Taskmaster realized he would much rather let others do the fighting. To implement this he opened an ever-moving Crime Academy, so he could train would-be criminals.

Play Taskmaster smart, while far from a coward, his motto seems to be “He who fights and runs away…”

“Whatever I can’t duplicate, I can anticipate !”

After escaping his first fight with the JLA, Taskmaster maintained a low profile in the DCU. He trained various criminal groups’ agents (H.I.V.E., Kobra, etc.) until he was eventually caught. He was offered amnesty in exchange for readying the Suicide Squad for an important mission.

See the Echo/Ronin profile for a more modern technical approach of photographic reflexes. 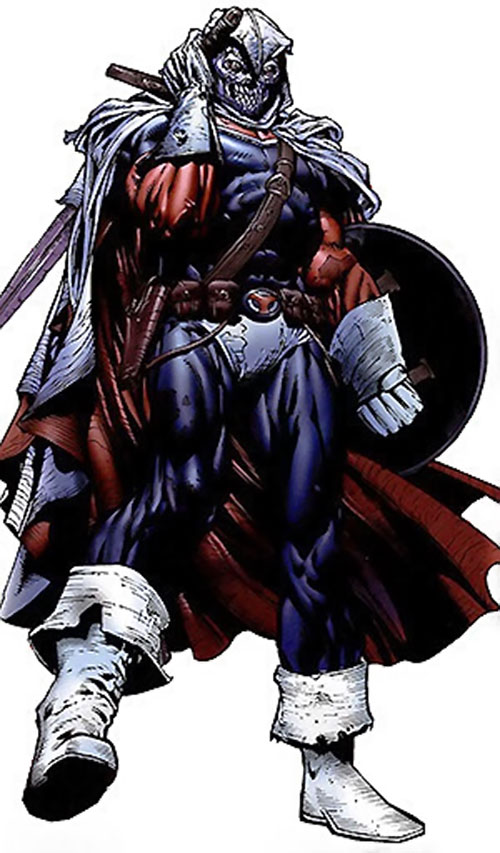