Techno’s mind inhabits a mechanical body, from which he can produce any device his genius engineering skills can envisage. His body can:

He managed to merge himself with a mile wide space station.

When he initially gained his new body, he kept extra matter in it (he was regularly 8 foot tall, and had at least 1 AP of Growth active at all times) but he later reverted to being closer to his regular height.

He also has an array of sensory powers, including thermal vision, radio wave detection, and olfactory sensors. When encountering hostile or interesting situation, he will, if he has the time, produce additional sensory equipment, appropriate to the situation, so as to give him a better understanding of what’s going on.

Quickly adapting to his new body, Techno continued serving with the Thunderbolts. But their deception was soon revealed, and they fled to Zemo’s satellite base. When some of the others turned against Zemo, Techno remained loyal. The renegades were forced to flee when Zemo gained control of the Avengers and the Fantastic Four.

Experimenting with his new powers, Techno merged it with the space station, taking control of all of it. He battled the renegades when they returned. But they eventually managed to free the Avengers and Fantastic Four, and the station was destroyed.

Techno and Zemo survived. Techno continued to work for Zemo, helping him set up in a few South American bases. The first was a castle in Mexico. It was discovered by the new Citizen V, who attacked them, quickly overcame Techno, and forced Zemo to flee.

The second was being used as a base for yet another world-conquering effort, but this was stopped by Captain America and Citizen V. After helping Zemo set up in another base, but realising that there was very little interesting work. Techno left, on amicable terms. He also left a clone of his original body in statis, in case anything happened to his robotic body.

Realising that he missed the other Thunderbolts, Techno tracked them down to their Mount Charteris base. He subdued the base’s long-time occupant, the Ogre, and took his place. He placed the Ogre in a statis tube, along with the body of the recently murdered Jolt. The body had been replaced by Ogre before she was actually dead, and was being repaired.

When failsafes were activated by Zemo’s death at the hands of Scourge, Techno placed Zemo’s neural patterns into the body of the catatonic Citizen V, giving him another chance at life.

Techno was attacked by the new Scourge, who disappeared in the middle of the battle. Ebersol was unable to detect his assailant, so he kept on with his regularly activities. Some time later, Scourge struck again, exploding from within Techno. That was where he had been hidden, shrunk down to microscopic size. 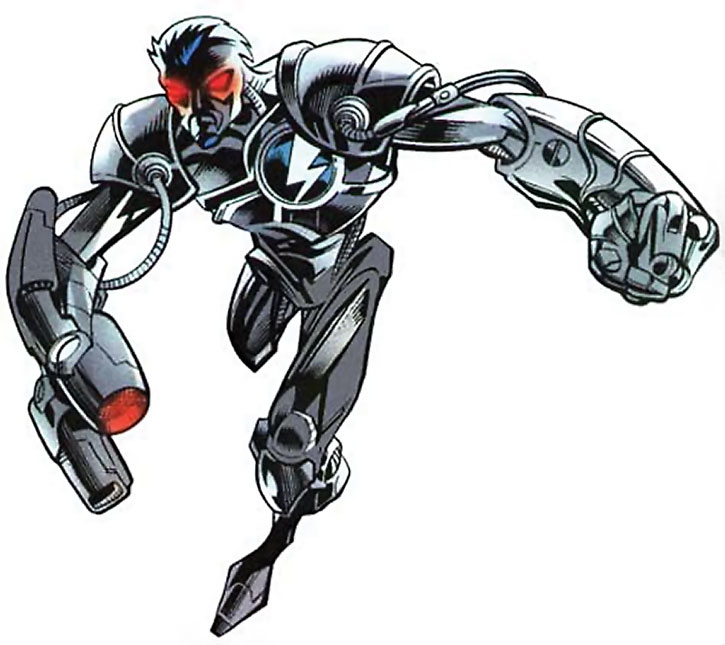 Techno found himself in mortal peril. He eventually had to decide between fleeing, which would have meant Jolt dying within her statis tube, or staying to make sure she survived, which meant he may not be able to transfer his mind into his prepared clone. He chose to save Jolt’s life, and his body was destroyed by Scourge.

[Additional to the notes in the Fixer II (Current) write-up]

Techno seemed come to terms with his new body. He took it in stride, and became excited by the new opportunities provided by it. He constantly extolled its virtues over his old body, but Moonstone‘s manipulations showed that he did have a level of insecurity over having lost the option of physical pleasure.

She further infuriated him by revealing his former partner Mentallo was further up the ’Most Wanted‘ list than him.

“You know, I should die more often. The look on everyone’s face is priceless. It’s not that big a deal, guys. A disembodied, digitized intelligence, my tech-pac, a few other odds and ends I absorbed – and presto ! I’m back. This body’ll come in handy, too – it’s got so many more possibilities than a flesh one.”

“I’ll leave the foundation-shaking to you, Baron. Just show me to the lab.” 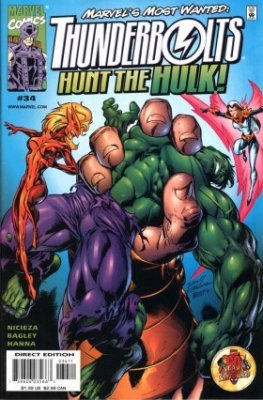 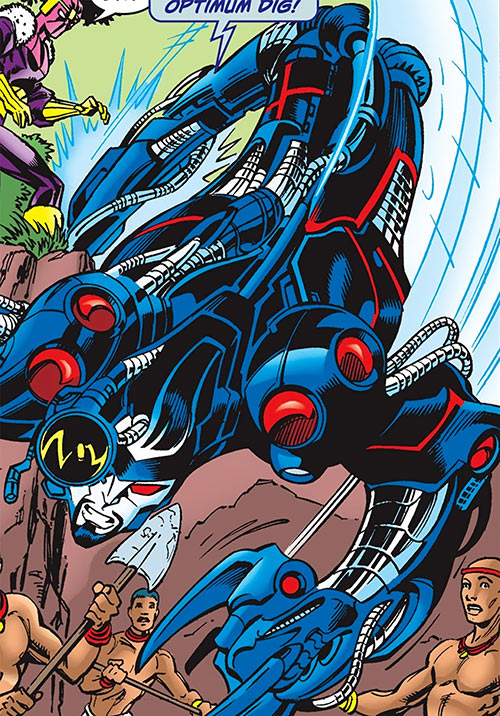