James Lawton had been known as the master second-story man, that is, a thief who robs people who live on the second floor of a building.

Caught by the Flash (Barry Allen), he swears revenge upon everyone responsible for sending him to jail : the Flash, the judge, the jury, etc.

To this end, he invents the Psi-Helmet. “By means of the PSI radiation, I can step up my brain waves and transmit them back along the television channel toward the image on the screen !”

He proceeds to wreak his revenge. However, the Flash tricks him by pretending to be live on TV, when actually it is a prerecorded show. This causes Lawton to believe that Flash is under his control when he is not. This allows Flash to find Lawton’s headquarters and capture him.

Using the Tele-Villain in an adventure

He might return to ordinary crime. He might also alter his helmet to be more powerful, but this would ruin his whole conception. Perhaps, allow PCs to be welcomed on TV, only to be attacked by his Control power in order to commit crimes, or even to fight a Flash. 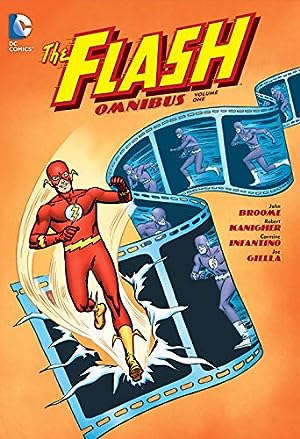