Templar is an obscure DC Comics. His primary appearance was in 1993. Very few people can be bothered to remember about him.

This is Templar. He was apparently created by Mark Waid, in one of his forgettable moments, for a story that he hates and considers his worst work to date. The one introducing the third Conglomerate. That’s the one with Jesse Quick as a member.

He is a former member of the British military. He was hired to lead the team. He’s only appeared in one story and there really isn’t much to go on with him. 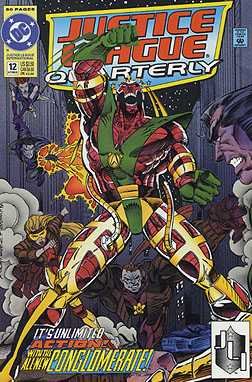