Tempus is a time-manipulating demon, played by David Carradine . He appeared on the Charmed TV show during the late 1990s.

For more about Charmed, see the entry for, say, Prue Halliwell.

Called the devil’s sorcerer, Tempus is probably capable of casting many powerful spells. He is known by name by lower level demons and well respected.

Tempus is shown reversing time, however, once forced out of his time loop, it drains him and takes quite a long time to recover afterwards.

Tempus reports directly to the Source.

Inspector Rodriguez learned the Charmed Ones’ identity but with so many recent defeats, the Source wasn’t taking any chances. Tempus, his sorcerer, was sent to aid Rodriguez.

Tempus used his time traveling power to create a time loop. The day would be repeated until Rodriguez was eventually able to kill all three of the Charmed Ones.

Rodriguez tried again and again, dying at each encounter with the Charmed Ones. However, with each attempt Rodriguez learned a little more. Phoebe’s premonitions allowed her to also realize what was happening.

After Rodriguez killed Andy Trudeau, it was Prue who realized how to defeat the demons by accelerating time and breaking the time loop. This pushed Tempus outside his time loop, injuring him severely.

Tempus was pulled back to Hell and was still injured even 2 years later when once again the Charmed Ones entered his life. Phoebe and Leo (her White Lighter) appealed to Cole (Phoebe’s half-demon boyfriend) to ask the Source that Tempus again turn back time.

Though aged, Tempus appears quite fit. He is distinguished and clean cut. Tempus sports a single ear-ring in his left ear. He wears a red and black suit covered by jet black robes denoting his office.

Tempus carries a pocket watch and checks it often.

Tempus demands respect from lower level demons while giving his utmost loyalty and respect to his “betters”. He’s a no-nonsense operator and expects the same from those he works with. Still, he likes to challenge and berate them if they fail.

Tempus: “Watch your tongue Rodriguez, lest I split it for you. It’s one thing to have found the Charmed Ones. It’s quite another to defeat them as those who have gone before you have already discovered. Tomorrow is Wednesday. I want you to get all three witches together in one place by midnight and give it your best shot. But, if you fail…”
Rodriguez: “I will NOT fail !”
Tempus: “Well, if you do, I’ll be there to help you learn by your failures. Trust me.”

Tempus: “…and you think you have the power to defeat them all ?”
Inspector Rodriguez: “You don’t think I do, do you ? You think I’ll fail.”
Tempus: “Time will tell.”

“Hurts to die doesn’t it, especially at the hands of a witch.”

“Time has been reset or rather I have reset time.”

“This is why I have been sent to you to keep resetting time until you learn from your failures. Only you will carry with you the memory of what has happened before and each time you fail, you will learn more until ultimately you will kill them all.”

Cole: “I’ve heard the rumors, I beg you, are they true ? Have we been exposed ?”
The Source: “What business is it of yours ?”
Cole: “I have a solution. Tempus’ powers…”
The Source: “Are still weakened from when he last turned back time, doing so again will destroy him.”
Cole: “What other choice is there ?”
(The Source says nothing only breathes deeply)
Cole: “Forgive me…”
The Source: “For your betrayal. Never.” (Wielding his sword towards Cole’s neck) “I know of your struggles Balthazor [Cole’s demonic half], of your witch [Phoebe]. I know that’s why you’ve come to me. I know everything about you. Tempus will do as you suggest… if your witch crosses over. If your witch joins us.”
Cole: “She’d never do that.”
The Source: “Not even to save one of her sisters’ lives ?”
Cole: “Is one of them being killed ?”
The Source: “Wait.”

In the DC Universe Hell’s hierarchy, Tempus wouldn’t be as high on the ladder as he is in the Charmed-verse. Demons in DC can be very powerful, whereas Tempus would be a “one-trick pony” with his time reversing power.

Still, I doubt you’d want him as an enemy.

Equipment:
Tempus carries an accurate pocket watch and an hourglass (Note: there is no evidence either is magical.)

He only appears in the episode “Déjà Vu All Over Again” of Season 1 and uses his power off-screen in “All Hell Breaks Loose”. Because of this some game stats are speculative. 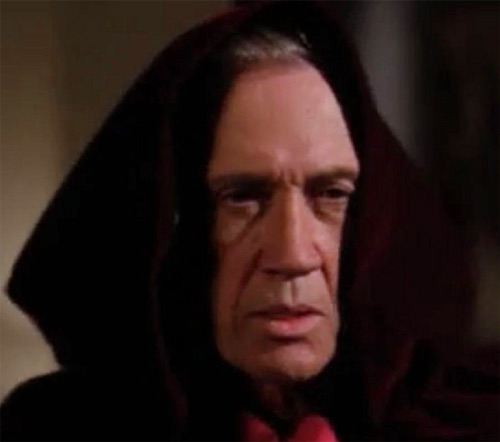 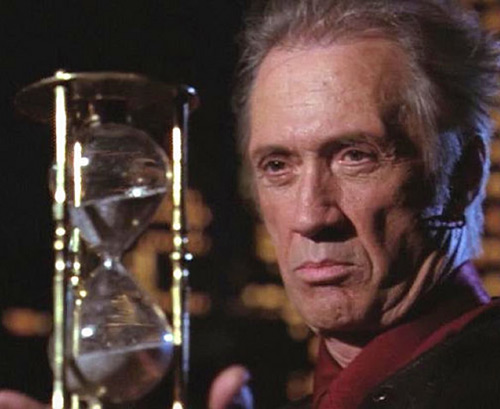 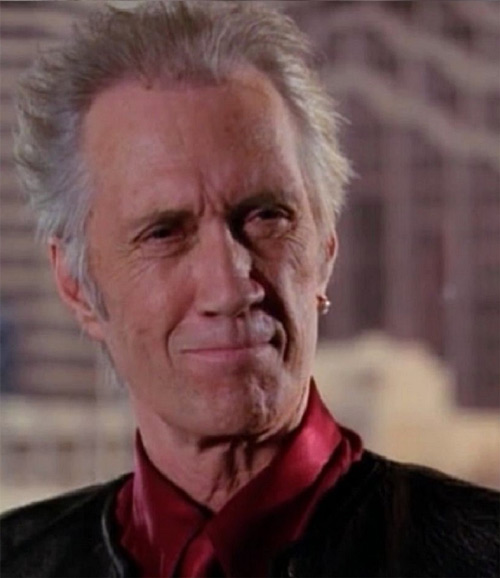 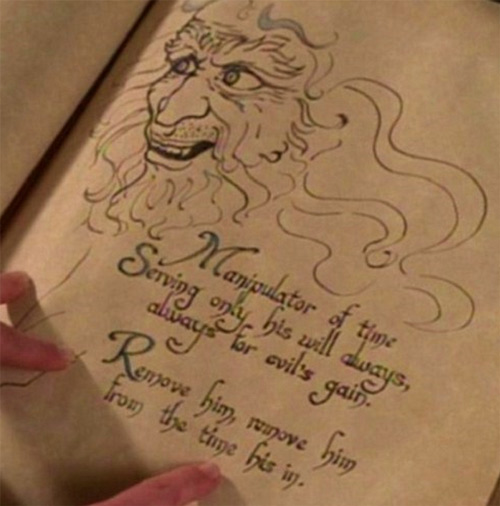 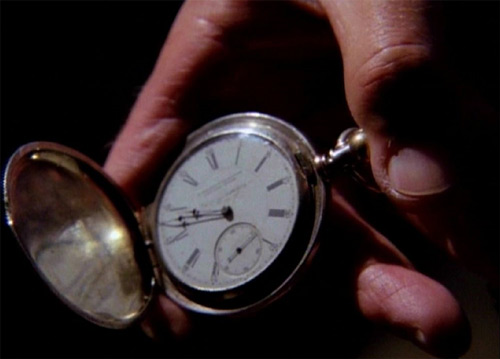