Reardon is a Special Forces veteran of several tours in Việt Nam. He is a formidable hand-to-hand combatant. Even as a mere night watchman he could casually defeat four hardened criminals in hand-to-hand combat. He is also a crack shot.

The Ten-Eyed Man sees through his fingertips. His brain is somehow able to process all ten fields of vision. This has advantages. For instance he can stick his hands around an obstacle to look past it, and he can easily look all around himself with hand gestures.

However, when he closes his fist, he is like a one-eyed man, and shocks to his fingertips are quite painful – much like a blow to the nose. He also has to wear gloves to “close his eyes” when sleeping.

The 10-Eyed man’s digital vision is excellent. He can read the bottom line of an eye chart during examinations.

Philip Reardon was a Special Forces vet in Việt Nam. He had an excellent reputation and tremendous combat skill. However, he was wounded in the forehead by grenade shrapnel. He lost his vision for a few days, but eventually recovered it despite slight brain damage. He earned the nickname “three-eyes Reardon” due to the shape of the scar on his forehead.

Like many vets, Reardon couldn’t find a good job when he came back from duty. Thus, he ended up taking night watchman jobs as he studied in college (apparently in zoology). When a small gang of criminals planned to rob the warehouse he was guarding, they discovered he couldn’t be bribed. So they attempted to jump him.

He easily defeated them all in hand-to-hand combat, but one of them managed to knock him out by surprise with a brick. Due to Reardon’s previous wounds, this impact severely blurred his vision.

The Batman arrived as the gangsters finished setting an explosive charge to the vault in the warehouse. As the Gotham Gladiator rushed to extinguish the device, Reardon came in. With his blurry vision, he thought the Batman was one of his attackers. They fought as the Batman was attempting to reach the explosive device, but Reardon was too good.

In the last second before the explosion, the vet realized he had been fighting the Batman. Then the charge went off, knocking both opponents unconscious.

Reardon was taken away by the criminals, who wanted to recruit him to become their enforcer. Taking him to a doctor, they discovered Reardon’s eyes couldn’t be repaired. But Gotham’s top ophthalmologist, Dr. Engstrom, could attempt a special, highly experimental procedure. This procedure could allow a man to see through the nerve cells at his fingertips.

Open your eyes, open your mind

The operation worked. Yet Reardon’s was driven to madness by the accumulated brain damage, the loss of his normal vision and having become a freak. He was certain that Batman was the one who had blinded him, since he was the last thing he saw, hurling a Batarang toward him, before the explosion. He attempted to gain revenge on Batman by blinding him, but was defeated.

Reardon now knew he couldn’t beat the Batman in a straight fight, and needed some sort of edge. With his skills and ability, he easily was recruited as a sky marshal by an airline, since federal air marshals were being phased out. He hijacked his very first flight with his service gun, and was taken to Việt Nam.

Once in Việt Nam, he agreed to release all hostages if Batman would come to confront him.

In the jungle, the Ten-Eyed Man was in his element – especially as he used prepared traps to wear the Batman down. His goal was to blind his opponent, using a flash grenade from a bouncing betty booby trap. But this failed. The Batman saw him shielding his hands behind his back not to be blinded. He thus correctly deduced a flash grenade was about to go off.

The TE Man was imprisoned. Since he was considered a high escape risk due to his power (?), his hands were kept locked into an opaque box. Discovering this, a civil liberties association sued for cruel and unusual treatment. Reardon was soon paroled after a deal was struck to avoid a trial.

However, during a medical examination, it was discovered that the graft was now being rejected. Reardon would eventually lose his fingertips sight.

The director of the association, one Mr. Lovell, held a peculiar agenda. His daughter had been killed during a rampage of Blockbuster through Gotham. As a consequence, he hated all costumed adventurers and superhumans with a passion.

Making up a story about a bat-people conspiracy engineered under the North Pole, he sent Reardon to capture the Man-Bat. Though the 10-Eyed Man thought his benefactor was crazy, Lovell vaguely promised they would study Man-Bat to find ways to grant sonar vision to Reardon before he would go blind.

But the Ten-Eyed Man was outmatched by the Man-Bat. During one last attempt to take him down, he seemingly fell to his death from a building.

During the Crisis on the Infinite Earths, he was reportedly killed. However, this panel is unclear. The man within doesn’t look like the Ten-Eyed Man. Thus, it is unclear whether he was killed during the Crisis, by his fall while previously fighting Man-Bat, or not at all.

A few years later, when the Psycho-Pirate started breaking down the post-Crisis reality, he summoned to him people who had been eliminated from continuity. This included the Ten-Eyed Man. This presumably means that a Ten-Eyed Man wasn’t supposed to exist in the first place post-Crisis. Whether Reardon died is thus moot.

The invaluable Grant Morrison eventually introduced the post-Crisis equivalent of the Ten-Eyed Man in 2008, with the Ten-Eyed Brotherhood.

The Ten-Eyed man has a scar evocative of a third eye on his forehead.

He also moves his hands around in a weird kung-fu mime way in order to see. He’ll often have a hand facing forward and a hand facing back, with fingers spread. When shooting a handgun, he keeps the pinky of the shooting hand extended to aim.

Reardon was sane (if overconfident) before the explosion that robbed him of his sight. He then became a somewhat confused maniac, desperately wanting to kill the Batman or rob him of his eyesight.

The villainous Ten-Eyed Man is still confident in his skill. He fights like a man convinced that he’s far superior to soft, cowardly civilians. He is aware, however, he doesn’t have a chance against the likes of the Batman, unless the odds have been equalised. Preferably by blinding the Caped Crusader.

“Amateur ! You wouldn’t last one second in the ’Nam bush !”

“Come and take me, baby ! I got ten eyes now in place of the two you robbed me of !”

“I’ll never get any real sleep ’till the Batman suffers like I’m sufferin’ !”

Drawbacks:
SIH of the Batman, MPR : Can only see through his fingertips – blind otherwise ; Attack Vulnerability : -1CS (Partial, RV) against Trick Shots directed at his fingertips and other damage and impacts to his fingertips.

Equipment:
Initially, Reardon is not big on equipment. He even throws his revolver away when fighting Batman in Việt Nam. However, when he becomes a professional costumed criminal, he’s provided with the following:

I have added the boilerplate “special forces badass” abilities, even when not quite demonstrated, given Reardon’s obvious skill.

Source of Character: Batman comics in the 1970s. 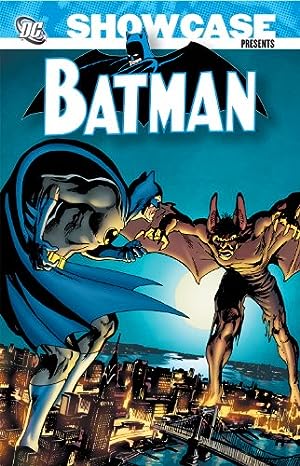