It was published in a fashionable youths magazine managed by J.C. Forest (Barbarella). The series was written by Lob (Snowpiercer, Superdupont) and drawn by Pichard (Blanche Épiphanie).

I wouldn’t quite call it “notable”. But it was fun. It also launched the careers of Lob and Pichard.

The style and humour are comparable to the camp of the 1966 Batman TV series.

While the story takes place circa 1963, Ténébrax specifically channelled the spirit of the French serials of the 1800s and early 1900s. Such as Fantômas  or Les Mystères de Paris.

Therefore Lob’s story is a fast-moving, over-the-top, flimsy tale. Full of fun clichés and simply meant to entertain. And Pichard uses a style reminiscent of older press strips (in the US, the “funnies”), which fits the story’s roots.

“Ténébrax” is close to Ténébras the ghost bandit, one of the notable “genius of crime” serials of the 1910s. But Fantômas seems to be the main influence.

French fiction has harkened back to the era of the serials on various occasions. Some have been somewhat superficial (but with a strong personality and great art), such as Adèle Blanc-Sec. Others have been frighteningly involved, such as La Brigade Chimérique.

This era also had a curious influence on American pulps, then comics. See our profile for The Shadow to learn about this obscure-but-cool ancestry. 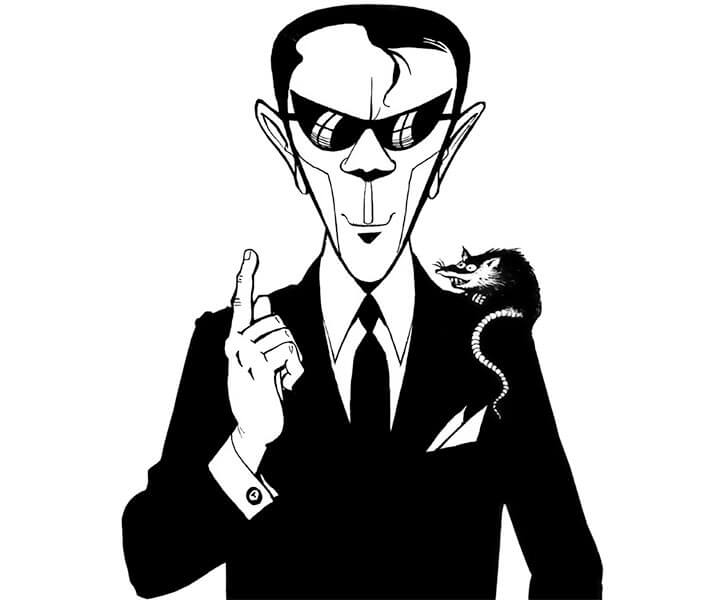 Ténébrax is one of ’em evil geniuses. His forte seems to be biochemistry, which he uses to create narcotics and mutate rats.

His other main asset is that he’s familiar with an extensive underground network under Paris. Absurdly, this was a subway system designed by an ancient, lost civilisation.

(This resembles the “subsecret underground” seen in Grant Morisson’s Seven Soldiers. Though Morisson’s take on the idea was even more epic, and much less tongue-in-cheek.)

Ténébrax seems to be an okay pianist. As evil geniuses tend to be. 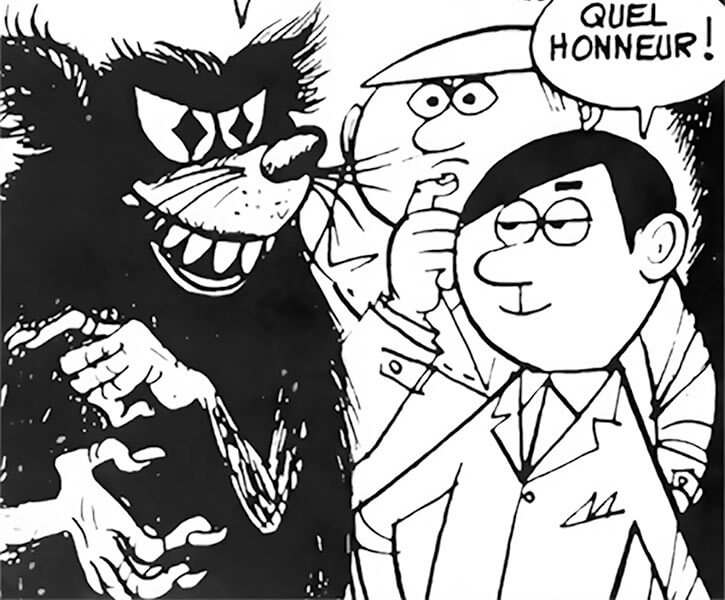 Beyond this immense secret hideout, Ténébrax has :

On the other hand, he inevitably has a beautiful and naïve daughter, Princess, whom he wishes to protect. That’s tradition.

So, there was a diminutive band from Madagascar, the Surfs, who found a strong audience in France, Spain, Italy and beyond.

One of their signature hits was a Francophone cover of Dusty Springfield’s I only want to be with you. It was pretty good, actually.

And it does an excellent job both at stating “1964/1965”, and at evoking the subculture heralded by the magazine that Ténébrax was published in.

https://www.youtube.com/watch?v=0tgTZ5olWwE
Available for download on Amazon (albeit classified as French).

In 1964, a number of Parisians disappeared in the subway. Commissioner Bougon started investigating. So did the famous crime novels author Edgar Dunor, helped by his secretary Doum.

Bougon made little headways. But Dunor soon discovered the sinister, subterranean, strange realm of Ténébropolis… only for he and Doum to be abducted.

WHAT are Ténébrax’s terrible plans of enslavement and domination ?

DOES the beautiful but naïve Princess realise the evil of her despicable progenitor ?

CAN the stalwart Dunor and the faithful Doum escape from the clutches of the submachinegun-toting mutant rats ?

WHO is the mysterious and aged Ghost of the Subway, and what is his strange agenda ?

WHY do all the women captured by Ténébrax *just happen* to be sexy, voluptuous lasses in revealingly frayed minidresses ? Oh wait, Pichard. Nevermind.

WILL Commissioner Bougon ever believe Dunor’s fantastic yet authentic accounts of the dreadful menace threatening the City of Lights ?

CAN the heavy-handed Paris police prevail against the infernal hordes frighteningly surging from the nefarious depths of Ténébropolis ?

IS IT me or does Ténébrax look a bit like Nicolas Sarkozy ?

Inevitably, Ténébrax is a huge fan of Wagner. He has some playing through Ténébropolis almost constantly.

He seems physically weakened. He always wears sunglasses, and uses a small motorised cart to move around (on rails).

He also keeps a pet rat in his lap, and lives in Captain Nemo-style baroque, ostentatious luxury. 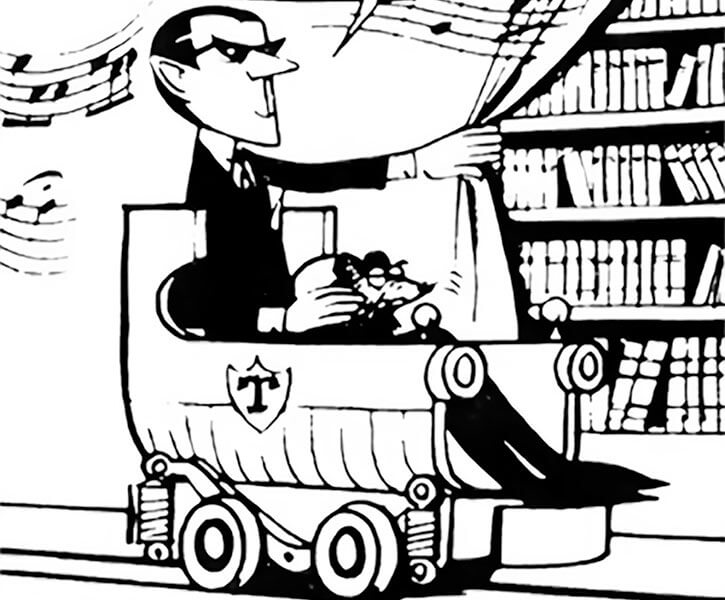 Ténébrax would have been defeated by André Chavard, formerly of the Boy Commandos.

This would have led to the creation of the Département Gamma of the French intelligence services. 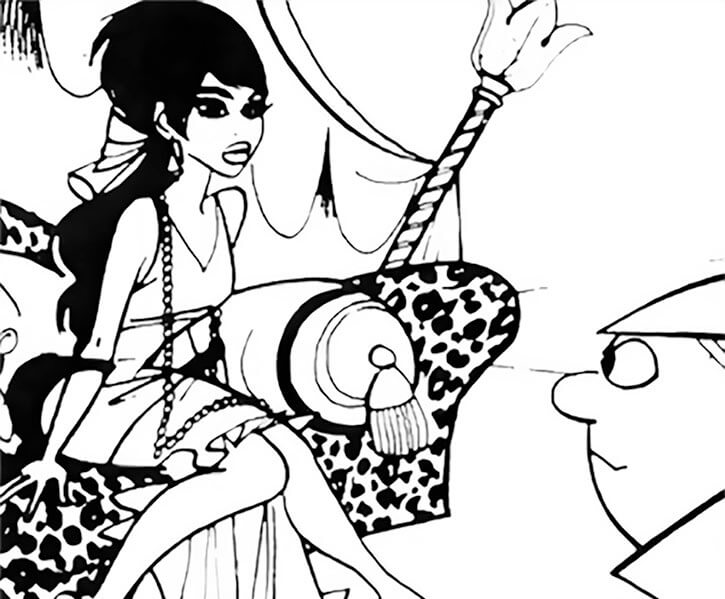 The stats are 85.6% arbitrary, given the lack of material. They’re eyeballed based on traditional Mayfair stats for Batman baddies. But toned down, since Ténébrax isn’t on their level.

The mutant rats didn’t seem different, statswise, from the thugs disguised as rats.

For the rat hordes, just use the Ratcatcher character profile.