In both movies, these specific T-800s seemed more proficient than the ones infesting the Earth of the future. Here, we’ll focus on *the* T-800 Terminator (played by Schwarzenegger in the second movie) from generic T-800 Terminators, who do not seem quite as narratively formidable.

The T-800 in the first movie would lie halfway between the two.

The T-800 is a Cyberdyne Systems Model 101 combat machine. As such it is a most advanced combat android composed of an interior titanium steel casing and an organic exterior. This construction makes it both extremely physically strong and hard enough to take attacks from heavy firearms with no significant damage. They are extremely hard to destroy or even stop.

It resembles a human being enough to pass by without greater inspection. It has internal batteries enabling it to function for up to 120 years.

The “brain” is composed an ultra advanced new processor with an built-in learning processor and appears to have a very large memory capacity. The learning processor enables it to gather new skills through experience (including human interaction). The processor is able to sort and process information at superhuman speeds and it is unable to calculate wrong.

The programming of the android is very extensive in making it lethal (the programmer has been a real genius). It has full programs for handling visual data and audial information including image enhancing and digital recording (anything seen or heard can be replayed perfectly at any time).

It also has complete programs for recognizing weapons and immediately using them to the degree of a master (having tracking/locking systems integrated) and it has expertise in handling any type of vehicle.

Additionally, the T-800 is highly skilled in certain military skills such as demolition, hand-to-hand combat, etc.. To be more effective in killing humans it has detailed maps over the human anatomy and its’ own anatomy for making improvements and repairs. 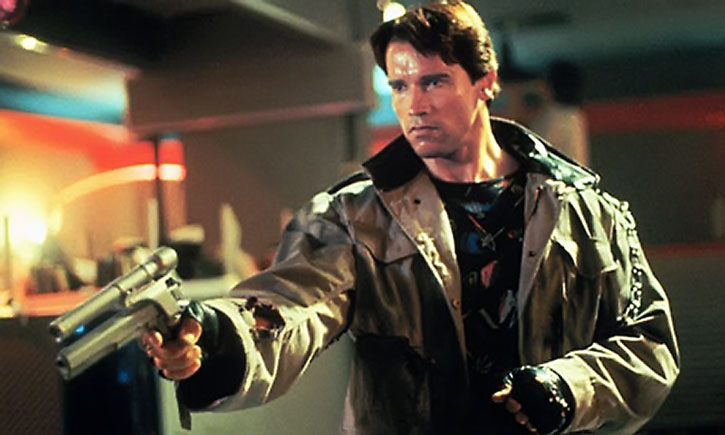 The T-800 that served as John Connor protector has apparently had some of its’ programs enhanced in efficiency. He was also given additional skills that the standard T-800 lacks (such as first aid skills).

John’s T-800 had also been extensively programmed with various information that could be of use for protecting John (T-800 says “I have detailed files” whenever it uses its’ Omni-Scholar Advantage 🙂 ).

All terminators also have an built-in radio receiver and transmitter enabling them to communicate over long distances with each other or their home base.

For a more detailed history of the T-800, see the Sarah Connor write-up.

John Connor, son of Sarah Connor, is destined to become a great future military leader and rebel. This will occur when the self-aware computer called Skynet nearly destroys humankind.

After the war, Skynet attempted to kill John by sending back an advanced combat android named the T-1000 back in time. The mission was to kill the 10 years old John. But the future John managed to program and send back a T-800 to protect his past self. 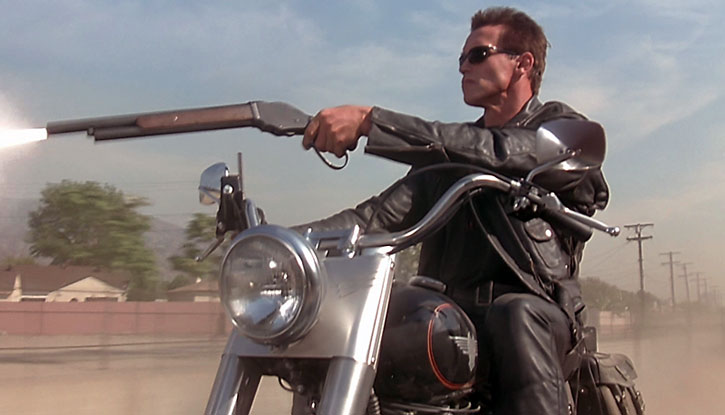 The protecting T-800 and the T-1000 almost immediately clashed, and the T-1000 proved physically superior to the T-800. After a long hunt, many fights, etc the T-800, nearly destroyed, managed to destroy the shape-changing T-1000 by pushing it into a bath of molten metal.

The T-800 itself committed suicide to stop its’ technology from being used to create the future dystopia. Sarah and John Connor would survive the hope that Judgement Day would not come to pass.

The T-800 looks like a truly huge man with dark hair and enormous, swelling muscles (well, he is Arnold Schwarzenegger after all !). It moves mechanically and a bit stiffly, but the difference against a human motion pattern is mostly too minor to enable detection. 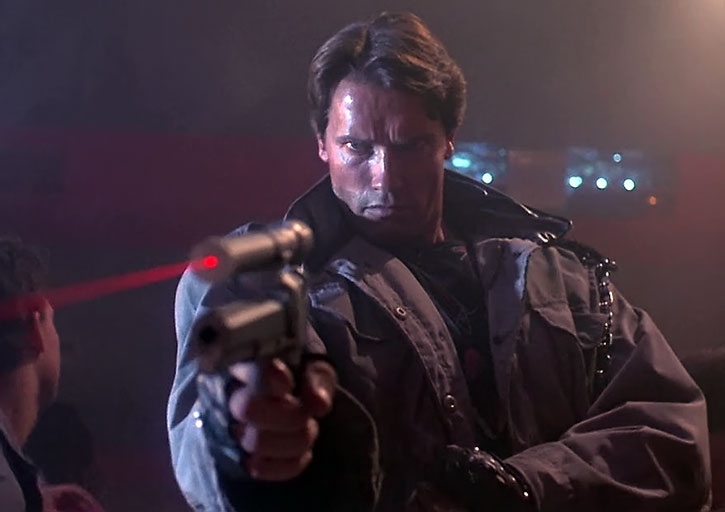 It carries clothing as long as the organic exterior is undamaged, but while being a walking metal skeleton they carry no clothes at all. John’s T-800 wore black biker’s leather and a pair of black sunglasses along with a pair of black boots. Of course, it also carried around multiple heavy firearms to function as a Terminator properly.

The T-800 had very little personality when it first arrived in our time. It had no understanding of human emotions at all. But it later understood, by John’s help and its’ learning processor, the meaning of some human emotions.

Like other T-800 its’ only concern is to fulfill its’ mission. It will immediately kill any hindering or threatening opponent, including another terminator. Since John told it not to kill anyone, it disables all opponents by shooting their kneecaps, uses non-lethal weapons to stun them with or destroys their weapons or equipment. 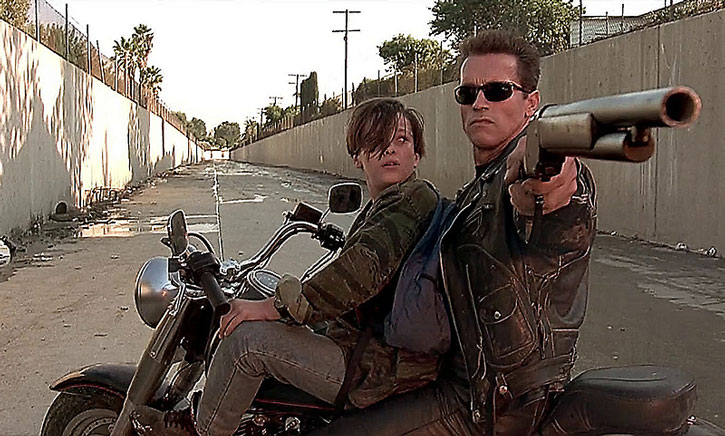 The T-800 was inclined to learn human emotions from John and could use cool sentences properly against opponents as taunts.

This T-800 was programmed to obey John Connor in everything and protect him against any danger. The only order it was unable to carry out was to destroy itself (self-preservation is one of a Terminator’s primary directives along with the assigned mission).

It would sometime object to an order, which could risk John’s safety, with “It’s not a mission priority”. But it would carry out the order anyway if given it again.

Machines like the T-800 are incapable of feeling happiness (and certainly not fear). The only time the T-800 smiled was when it equipped itself with a minigun .

It had an understanding that being more like a human caused John happiness. Being programmed to please John caused it to try to learn more quickly about human affairs. In the end, it actually felt a bit sad for causing John the grief of losing it.

For a more detailed approach the following (seen in the Director’s Cut version) might be used : all Terminators actually have two modes for its’ processor (which have to be manually changed in the head part):

If using the Hex idea for Sarah Connor, the T-800 could be a killer droid sent from the future, to protect Sarah, using the Borsten Platform. 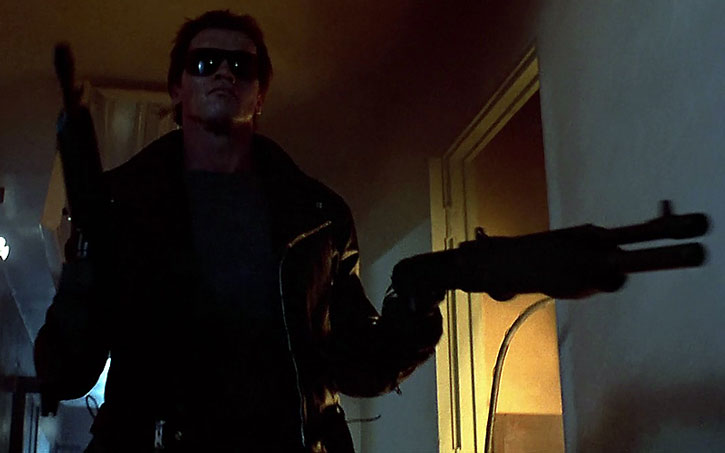 The programmer could either be the future Sarah herself, Hex or a friendly scientist rebelling against Borsten. Having such a resemblance to Metallo, the T-800 technology could be based on old remains from Metallo himself and thus make the true creator of the future technology not Borsten himself, but Lex Luthor (giving the T-800 a nice connection to the DC Universe).

Advantages:
Hardened Defenses, Iron Nerves, No Vital Areas, Omni-Scholar, Scholar (Human and Terminator Physiology), Stability, Misc: The T-800’s excessive memory banks makes it possible to download new entire packages of information and immediately gain the benefits of new skills or mental advantages for the rest of the adventure (paying the Base Cost or Advantage Cost for doing so. 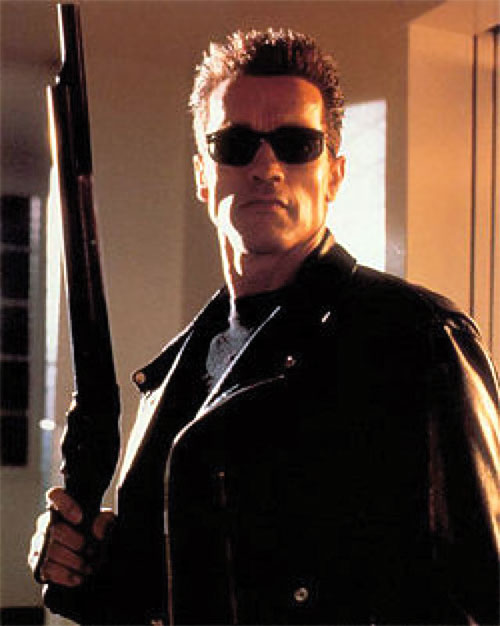 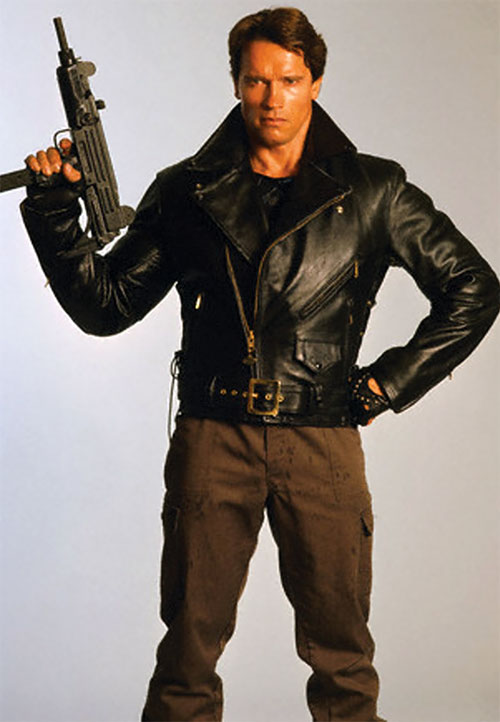 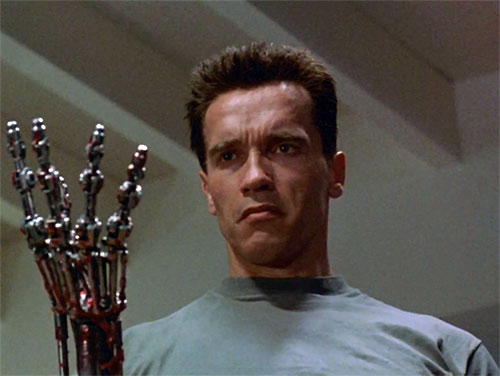 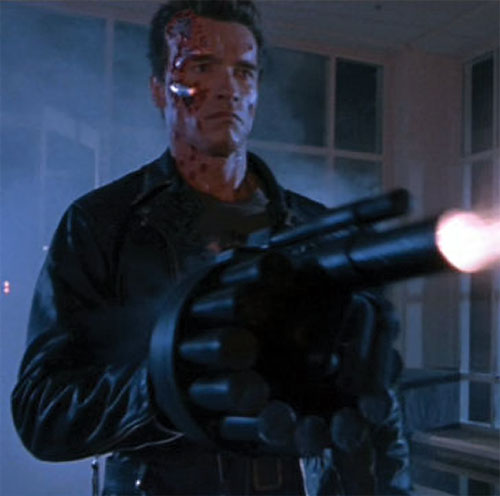 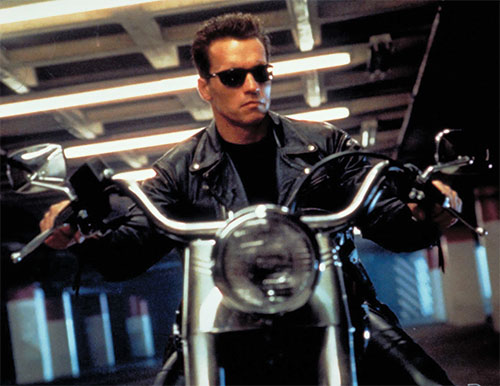 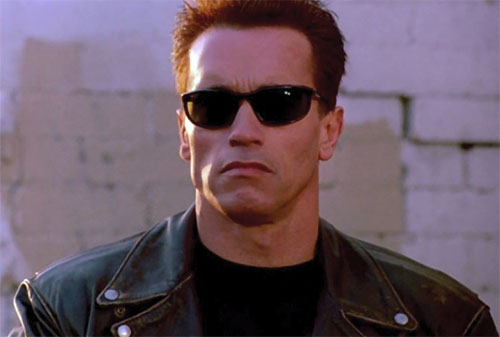 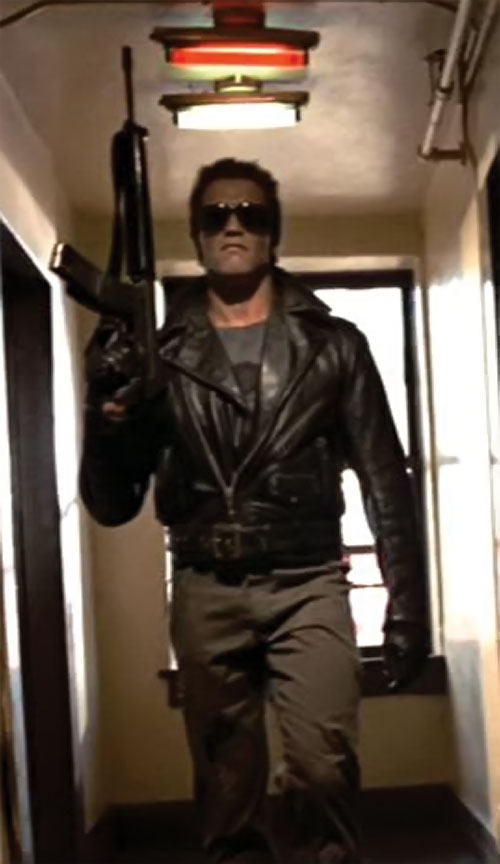 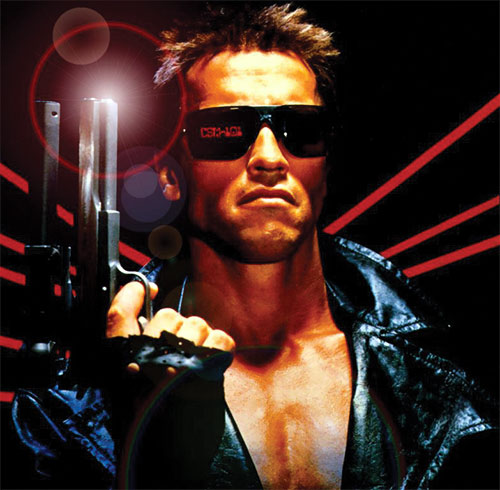 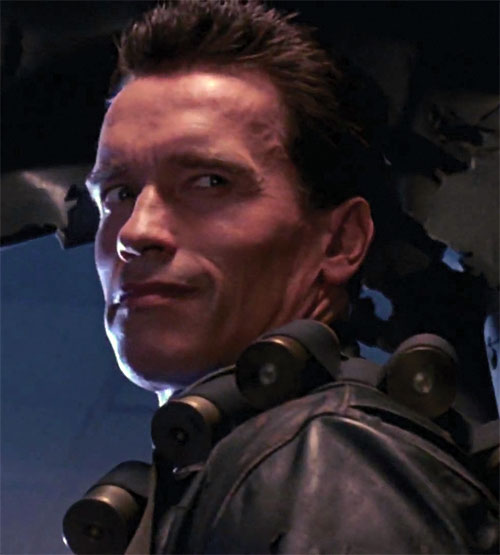