Terrex is a doomsday weapon in the form of a chthonian giant. It can manipulate the very life energy within a biosphere, either to :

In practice, Terrex’s assets are :

Terrex possesses a consciousness and intelligence of his own. He was even programmed to speak in English.

However, its intended method of use is for a rider to fuse with Terrex and take over. Terrex will then remould its feature to resemble the rider. Terrex can generate a portal between his hands for its designated master to enter and fuse with Terrex’s form.

Terrex was one of the weapons built by the Eternals of Titan when they realised the threat Thanos posed. It was intended to destroy all life on Titan if Thanos won – and thus deny him resources. However, Thanos’s attack came sooner and with greater force than anticipated. The scientist who created Terrex never got a chance to activate it.

One of the survivors of the attack, Moondragon (Heather Douglas) scavenged the still-inert Terrex. She then left for Earth, where she intended to counter Thanos. However, she was misled by an ally she made there, the lawyer Kerwin J. Broderick.

Though he had a sterling reputation, Broderick was a manipulative megalomaniac. He craved absolute rulership over San Francisco. He convinced Moondragon that Thanos was secretly ruling San Francisco. He then arranged to betray her and take control of her weapons once they’d be deployed. Such agents included the Dark Messiah (Mordecai Jones), the cyborg Ramrod and Angar the Screamer – but the keystone was Terrex. Broderick had Terrex demonstrate its power, and demanded that San Francisco surrender to him or be destroyed. The power-mad lawyer merged with Terrex so as to be beyond his foes’ ability to harm him.

A murderous, contemptuous soldier who lives to serve its master.

Terrex is a destroyer, and likes slaying everything around itself to reinforce its power and accomplish its mission of annihilation.

Terrex is a derivative of Darkseid’s Entropy Aegis armor. Lex Luthor acquired the technology through his secret pact with Darkseid while he was president of the United States.

The Terrex armor was deployed in Metropolis when Luthor was removed from office, with one of Luthor’s more ambitious personal cronies inside. But it was defeated by Metropolis’ other crimefighters while Batman and Superman were battling Luthor.

“Is your understanding truly so pitifully meager, human ? I am Terrex — he who is of the earth ! At my whim, living things grow… or die !”

“One friend, one foe. I shall act accordingly, for the hour of joining grows high.”

“It is time, master. I am entering… melding phase.”

Doomsday giant ● 36 points ● Descriptor: Eternal construct
– Growth 08.
– Enhanced Dodge 4, Enhanced Parry 4 (Quirk – only to compensate for Growth penalty).
– 12 Ranks of Impervious for both Fortitude and Toughness.
– Feature 1 (A programmed person can fit within, and override Terrex’s persona and facial features).

Yes, that’s one pretty cheap nigh-unstoppable doomsday weapon. OTOH, it would take a lot of time to ravage a planet – Burst-Area 2 isn’t that large.

Writeup completed on the 3rd of February, 2014. 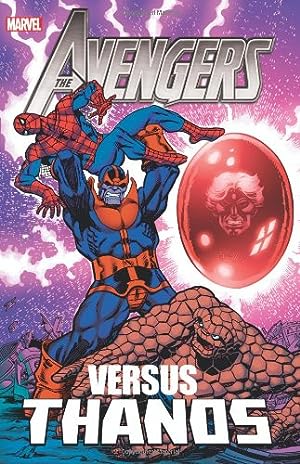