The Blade (刀) is a classic-but-a-bit-obscure-maybe 1995 historical kung fu movie by Tsui Hark. It has distinctive direction and fight choreographs.

This character entry primarily was an early experiment with Champions stats conversion from Surbrook’s . In part because I only watched The Blade once, months before doing this article.

On& developed his own sword-fighting style. It relies on rapid and violent circular movements, as well as spinning about in order to gain momentum for powerful sword strikes. It is an acrobatic style, in which On leaps, dodges, and tumbles about while fighting. His sword and entire body are constantly in motion.

Armed with his father’s broken sword, On can deliver rapid-fire strikes to a target, as well as powerful circular blows.

On keeps the sword attached to his wrist by a length of chain. He thus can whirl the blade about his head, hitting everyone in range. He can also hook the blade around an object and swing from that. Or hurl the blade at an opponent, retrieving the sword with the chain.

Ding On is the son of the swordsman Lai But Fu, also known “Fast Saber in River South,” or “The Hundred Catty Blade in River South” (a catty equals 1.1 lbs). While On was still an infant, his entire family was killed by bandits (except for his father). But Lai But Fu escaped, carrying his son on his back.

Joining forces with another swordsman by the name of Fung Man (Surbrook’s not sure of this name and is guessing), Lai But Fu battles the leader of the bandits, one Fei Lung (“Flying Dragon”), who, as his name suggests, is thought to be able to fly.

Amid cries of “Too slow! Be faster!” Fei Lung kills most of the swordsmen’s companions, as well as Lai But Fu, who breaks his Hundred Catty sabre in the process. Fung Man recovers both the broken blade and On and escapes into the rain and dark.

Growing up, On joined Fung Man’s saber-making business, Sharp Manufacturing. He learned the art of making sabers, swords, and knives.

He also came to the attention of Fung Man’s daughter, Sui Ling, a young girl who can’t decide who she likes best, On, or his coworker, Iron Head. Arguably not in her right mind, Ling hits on the plan of making On and Iron Head fight over her, at which point she’ll get the winner.

At the same time as Ling tries (and fails) to put her plan in motion, a troop of hunters arrive in town. Brutal and barbaric, they kill a strong and powerful Shaolin priest, after he severely beats most of the gang for trying to rape a young woman.

Iron Head organizes the rest of the foundry to go and kill the hunters. But On refuses. Their attempted act of revenge is halted by Fung Man, who is incensed at their actions, and beats the ringleaders with a rattan pole as an object lesson. Later, once he has calmed down, Fung Man announces that he will be turning ownership of the Sharp Manufacturing over to On, his most loyal employee.

This decision does not sit well with the rest of the employees. Most talk of leaving instead of working for On. On, hearing this, decides to leave himself.

While gathering his things, he hears of the fate of his father. He also learns from Ling and Fung Man some of how his father was killed and who did it. Ling states that his father was found the next morning hung from his ankles with his skin peeled off.

Realizing that he needs to know who he is, as well as who his father was, On takes his father’s broken sword from Fung Man. He then sets off in search of Fei Lung.

Meanwhile Iron Head tries for a second attempt at killing the band of hunters. He again gathers the foundry workers together. Furthermore, Ling, realizing that On has run off, take a horse and rides out after him.

Unfortunately for Ling (and On) she finds not him, but the band of hunters. Hearing her cries for help, On comes to her rescue. But he loses his lower right forearm in the process, and ends up falling off a cliff into the darkness below. Iron Head and his men arrive to save Ling, but not in time to rescue On.

On himself is found by a young orphan girl and nursed back to health. Abandoning and burying his father’s broken sword, On tries to live peaceful life as a farmer and waiter at local inn. But bandits arrive, burning down the battered home where he lives, slashing Black Head’s (the girl who found him) foot, and beating On.

After he recovers, On digs up his father’s sword. Using a ragged sword manual found in the ruins of the house, On develops his own, unique form of fighting, which he uses to deadly effect when the bandits return a second time.

Confident in his martial skill, On takes Black head and leaves the farm, continuing his search for Fei Lung…

Ding On is of average height, with short, bristly black hair and brown eyes. He is in excellent shape (even when you consider he’s missing his right hand), with a lithe, but well-muscled physique.

He normally dresses in a black tunic with dark-colored trousers. The broken blade is carried in his hand, with the chain wrapped around his wrist.

On’s overwhelming motivation is a search for identity. He wants to know who he is, where he comes from, and who his father was. All he has is his father’s sword, and the name of his father’s killer: Fei Lung. But for On, this is enough.

For someone so driven, On is also very law-abiding, almost to the point of seeming weak or (at least) non-confrontational. When the bandits kill the Shaolin monk, it is On who drags Iron Head off, telling him that they still have deliveries to make. He won’t go with Iron Head to kill the bandits, either.

Later, as a cripple, he sees Fei Lung and grabs a club to with which to try and kill him, only to be pushed around by his employer and chased back to work. Later on, while examining swords, he is chased off by the shop owner, giving the man dark looks, but saying nothing.

These stats are for On at the point where the History section stops, and the later half of the movie begins.

Source of Character: “The Blade” movie. 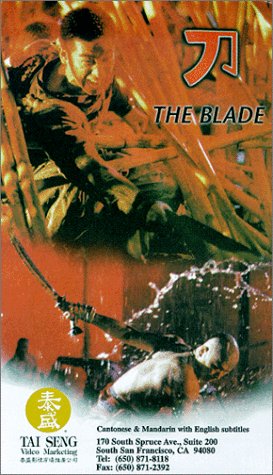 The Blade by Tsui Hark 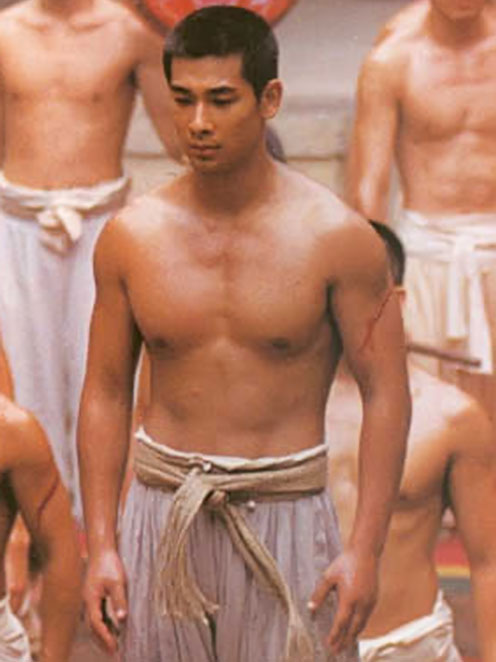 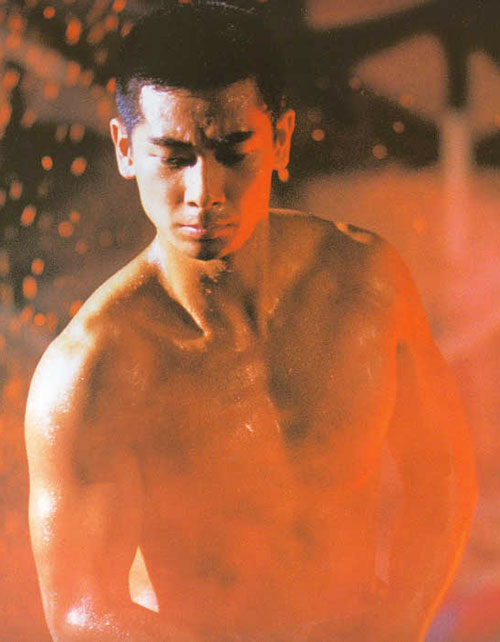