Trinity is a highly proficient computer hacker, who was known in the computer security underground for having once cracked a major IRS database. Her other skills are unrevealed. 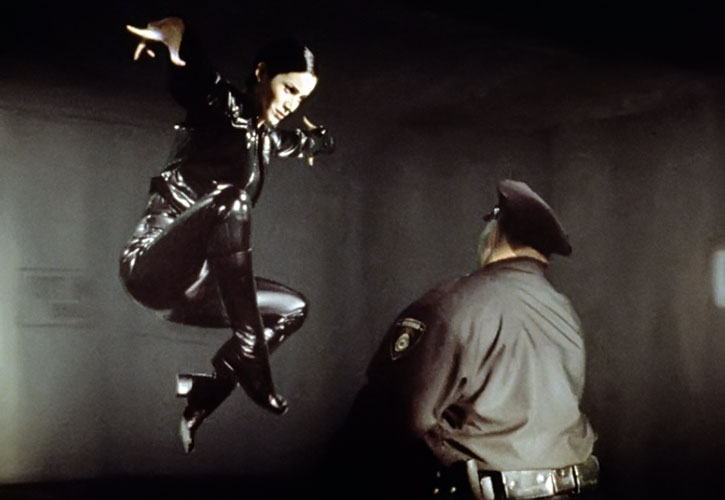 Her avatar in the Matrix is unusually powerful, perhaps due to her skills as a hacker – though she’s not as tough as an Agent. Her strongest suit in the Matrix is her superhuman or near-superhuman agility, speed, reflexes and acrobatic fighting style.

She favours hand-to-hand combat and medium-calibre handguns rather than heavy weaponry, though her strength is also much higher than her body type and weight should allow for.

Trinity is a resuscitated, not a freeborn. That is, she was torn from the Matrix into the reality. One presumes that she was a gifted hacker (already under the handle “Trinity”) whom Morpheus contacted, recruited and extracted from the Matrix. She was freed from the Matrix the same as the partisan called Ghost, and the two came to consider each other as siblings-in-arms. 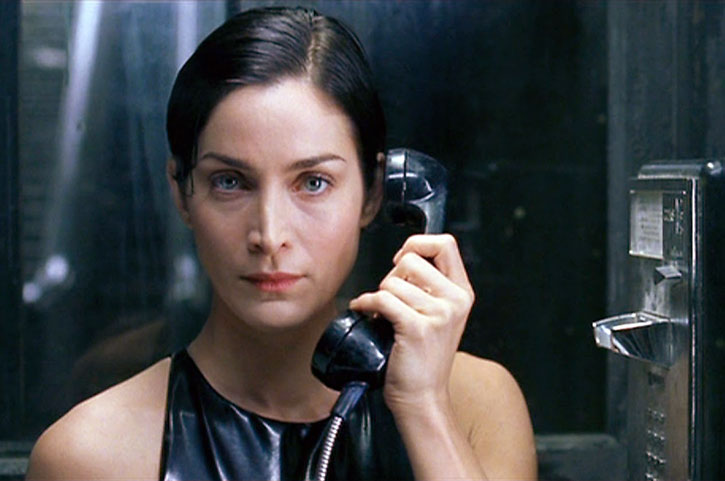 Trinity has apparently worked with Morpheus for years. She is his second-in-command and seems quite powerful by partisans standards. She is also quite familiar about the prophecy about the “Chosen One”, a super-hacker who could challenge the machines and perhaps free humanity from its yoke.

Trinity was told by the Oracle that she would meet the Chosen One, with either a statement or a strong hint that he would become her lover. Trinity seemed touched by this prophecy, perhaps because it contrasted with the drab, impoverished and regimented lifestyle of an elite human partisan.

Trinity is in her early 30s, with an unusually slim build and a strong jaw. Her avatar is usually dressed in black latex, and is a more muscular version of herself with the hair styled a bit shorter with the help of lots of gel. Like most redpills, she often wears stylish shades when in the Matrix.

In the real world she has to make do with a ratty, ragged blue pull-over and old jeans.

Trinity is a dedicated, serious activist. She comes across much like somebody who strongly believes in a revolution or other violent political cause. 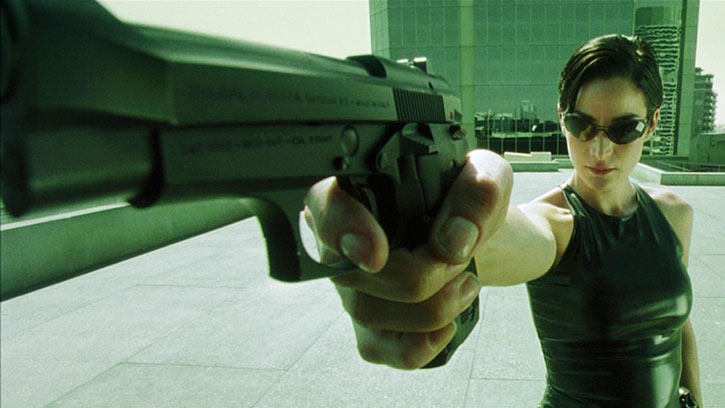 She reveres the charismatic leader and would give her life for him, works hard to be efficient and collected even when she’s in way over her head, and is a bit confused when feelings that are not a part of the political equation creep in. She has no past she will speak of and lives and fights for the Cause.

Trinity quickly became smitten with Neo as it became clearer that he might be the Chosen One. Presumably she had built up a lot of expectations and fantasies about her role in the prophecy as an escape from her hard, drab, stressful life.

“I believe if you were really serious about saving [Morpheus], you are going to need my help. And since I am the ranking officer aboard this ship, if you don’t like it, I believe you can go to Hell because you aren’t going anywhere else. Tank, load us up.”

Drawbacks:
Alter ego (outside the Matrix), Exile (to reality), Mistrust.

By Sébastien Andrivet, based on notes by Woodrow Hill. 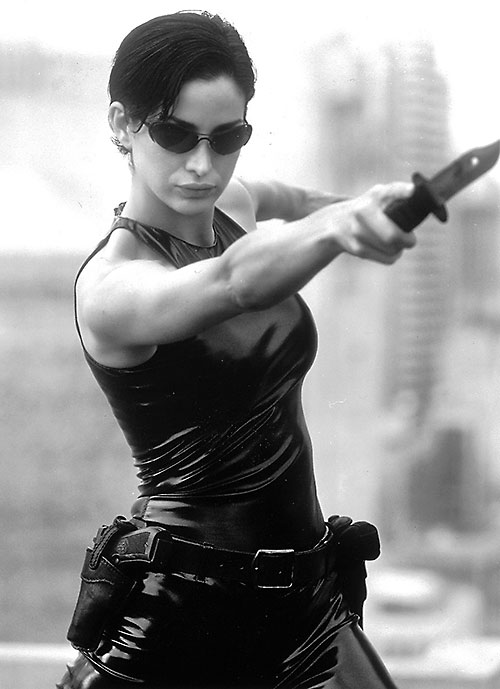 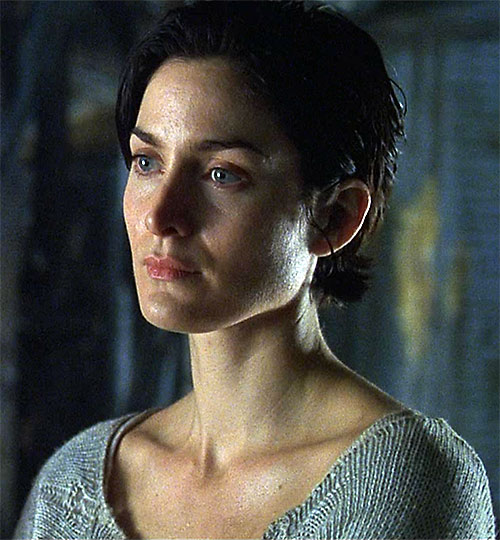 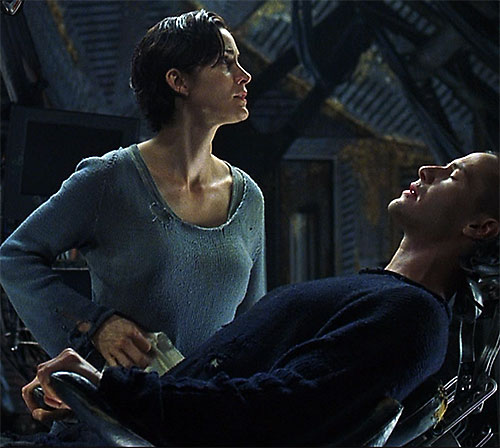 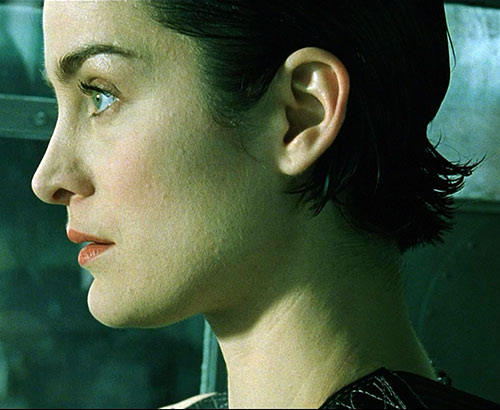