The Kingpin thug is a big, tough guy with an attitude. He can take serious wounds without flinching, and is competent with an arsenal of street-level and no-so-street-level weaponry.

Tenuous at best. The Kingpin thug is an enforcer in Poisonville who ran afoul of local boss Nikki Bianco. Bianco had other enforcers beat him up and boot him out of Poisonville.

This only made the hitman angrier, and came back almost immediately with lots of weapons and a grudge to settle.

The thug lives in an odd world. It is at once strongly reminiscent of Chicago in the 1930s, the Bronx in the early 1990s and a somewhat cyberpunk setting somewhere in 2010. It is a bleak, miserable world of decayed inner cities and crime. 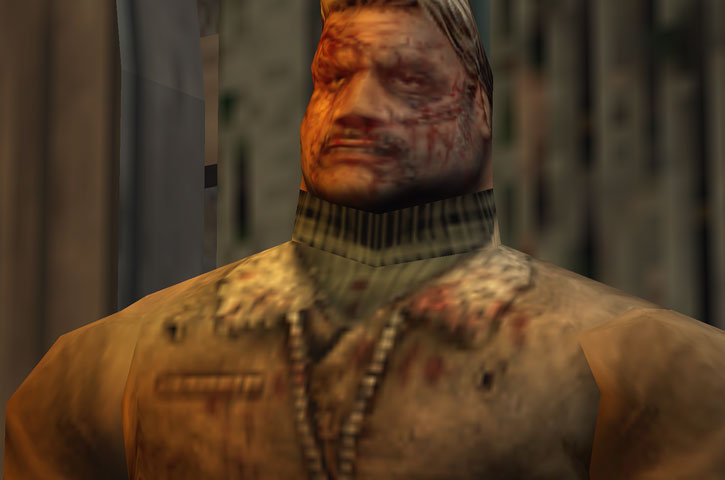 The thug after a beating

Tough, aggressive, crude and streetwise. The thug has a definite mean streak, particularly when it comes to vengeance.

His grammar relies on the judicious use of expletives, strengthened by curse words but with some profanity added to prevent monotony.

I’ve not seen Metropolis’ Suicide Slum recently, but this may work for the thug’s environment. Blüdhaven or Hub City would also fit perfectly. Depending on your needs, he could be a tough but still human enforcer, or an uneasy ally during an urban adventure.