Theana has high superhuman strength, durability, speed, reflexes and aggression. She is an extraordinary warrior and could engage Wonder Woman with such force and martial expertise as to batter her for a time.

She carries extremely dangerous Citizenry weaponry, capable of killing practically any being – probably including Kryptonians.

Her duel with Princess Diana was a typical example of Wonder Woman starting with moderate force and escalating as necessary. Still, Theana did hold her own for a long while and wasn’t too far behind Wonder Woman at her peak in speed and precision.

The Powers in our DC Heroes RPG stats section are not clearly demonstrated. They are based on impressions about her overall mobility.

Theana is the daughter of Astarte, sister to Hippolyte of the Amazons. Astarte was taken by the Citizenry, an interstellar nomadic culture, and ascended to become their dreaded leader. Under the leadership of the warped Astarte, the Citizenry became a culture of raiders, pillagers and destroyers where only women had rights.

Among other resources, the Citizenry would capture males to their liking for entertainment purposes. They altered them as stud animals until they got rid of them. Apparently, the alterations included making them able to impregnate the diverse races of the Citizenry.

The process apparently didn’t quite work with Amazons. Over the course of 30 centuries and many, many studs Astarte became pregnant once. The nature of Theana’s father was never mentioned, though one supposes that he was some sort of super-powerful alien given Theana’s massive strength.

Against protocol, the demented Astarte raised her daughter herself until she was two. She named her after her hazy recollections of the gods of her youth, specifically Athena. She then launched an experiment.

The experiment was to take all toddlers of about Theana’s age and lock them into a huge dormitory. Every day food would be provided for all but one of the children, and the next meal would only be delivered once a child had died.

The goal of the experiment was to see the toughest of the lot emerge as a truly fearsome killer. Astarte seemed confident that it would be her daughter. This hints at Theana having had abnormal physical power and aggression even early on.

Theana reportedly organised a small army of children to band against attackers and attack others when needed. This kept the food coming. This group was the last surviving collective. When it inevitably broke apart, Theana killed her former soldiers one by one.

When she was five, she was the only one left alive, and her mother considered her education complete.

Theana was then kept locked in hold 17 of the Citizenry’s flagship. The youth was routinely injected with unrevealed drugs to further challenge her will to live. These chemicals may have further enhanced her abilities.

Practically invincible, Theana was made the champion of the Citizenry. She met challenges to the regime in the arena and killed all comers.

Astarte ended up returning to Earth with the immense military power of the Citizenry. She prepared to ravage and pillage the planet like she had many worlds before. As per standard modus operandi, a party was sent to the capital of the most powerful nation, walling it off with force fields to discuss terms.

As it happened, Astarte’s niece Diana was at that point working and living in Washington, D.C.. Thus, she responded to the invasion.

Wonder Woman dispersed the initial invasion force, and met with Astarte. Astarte threatened a full-bore raid by the Citizenry, which would likely overwhelm the Earth. As a result, Wonder Woman changed her strategy to working within the customs of the Citizenry. Diana obtained to meet their champions in an arena death duel where the winner would dictate her terms.

Thus did she meet her cousin, Theana, whom much of the Citizenry simply called “the beast”.

Theana proved a redoubtable adversary for Wonder Woman. Even the Princess of Themyscira would likely have been unable to defeat her without using lethal force. Refusing this path, Diana kept talking to Theana as she wore her out and gained the upper hand.

To the amazement of the Citizenry, Theana was actually listening to her cousin’s words. Wonder Woman ended up winning Theana over, both by talking to her as a person and convincing her to think about her life. Diana demonstrating that she was the better warrior and fighter was also critical.

Furious, the unstable Astarte and a squad of Citizenry soldiers came in and opened fire. They murdered Theana by shooting her multiple times in the back with their very powerful energy weapons. Theana died in Diana’s arms.

Shocked by the murder of Theana, Wonder Woman lost her patience. Then the Citizenry ceased to exist in the form that it had had for the last 3,000 years.

Theana’s clothes and armour are pieces from standard Citizenry uniform. But she doesn’t wear a full uniform, and has customised her weapons.

Theana was widely considered an animal. She has essentially no education, no socialisation and underwent a lifetime of fighting, killing and suffering. To her life was endless murder to scrounge enough food to survive one more day, fighting by any means necessary. There was nothing else.

However, what everyone but Diana overlooked was that Theana was still a person – and a pretty smart one to boot. Despite the sheer horror of her life and her incredible killer instinct, she could be reasoned with. Remarkably, she was willing to consider things outside of her very narrow experience of life.

While everybody has written her off and she didn’t realise it herself, she was longing for social contact with peers.

A child of her culture, Theana admires strength and ruthlessness. She believes in the survival of the fittest, by any means. She will consider persons without a high level of strength, tactical acumen and fighting ability as faceless rabble, fit only to be ignored or killed off.

“I have nothing to say and no one worth speaking to. There are two of us and only one plate of food. What other reason is there ?”

“Compassion. We have studied this. It won’t work on me, mudling.”

Bonuses and Limitations:
All Powers are Contingent Upon STR. 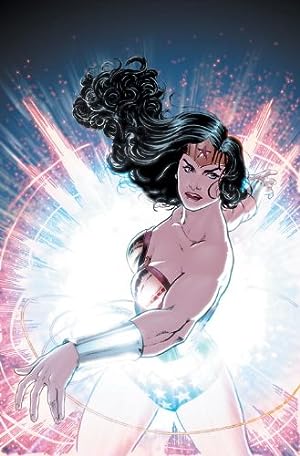