The protagonist was played by wrestler Roddy “Rowdy” Piper, which helped in the brawling scenes.

His co-lead was Keith David, an important actor and voice actor in geeky stuff. Mr. David was the gargoyle Goliath, Mass Effect’s Captain Anderson, the Imam in Pitch Black, Spawn, Tombstone, the Cat in Coraline…

This profile has S P O I L E R S about this classic film.

John Nada is extremely fit, muscular and built like a garbage truck. In fact, he can dish out the hardest of blows capable of knocking out most normal men and aliens. He also can take extreme amounts of physical abuse. I’m not sure if I’ve ever seen a character as tough as John in any movie !

While mostly a cool and nice guy, he sometimes has a very forceful and tough personality, particularly against aliens.

As a real natural talent, he’s very adept at hand-to-hand combat, sneaking around and at various weaponry. His talent with various firearms is, for unknown reasons, extreme. He always attacks his opponents before they can even attempt to fire back at him and he always shoot them dead.

John Nada is a physical laborer that came to an unspecified big city from Denver. There he began working at a construction site. Being struggling, he had to live in the outdoors in a small community of poor men. He was shown to this community by another worker from the construction site, who also lived there, named Frank.

In that community was a small church, which apparently had activities most hours of the day. While watching television with his friends in the evening, the shows were occasionally interrupted by mysterious pirate broadcasts of a very poor quality. These talked about some mysterious threat against humanity.

John, ever the curious one, wanted to find out why people were walking in and out of the church during night. He was also intrigued by the packets being loaded into a car from there, and by the police helicopters and cruisers circulating the area. He sneaked in and found a laboratory filled with chemicals and lots of black sunglasses.

Still completely puzzled about what it was all about, he was found by a blind priest. That same priest had been preaching about the same threat against humanity that the television had been speaking about earlier that day.

John hastily rushed out of the church. But on the next night a large police force brutally attacked the community and the church. John and the others tried to escape the attack. But many were killed by the attacking police, including the blind priest.

The next day, more puzzled than ever, John returned to the partly burned down church and visited that laboratory again. He took one of the packets lying there and left the church. In safety he checked the contents, but only found more of the black sunglasses in there. He kept a pair and put the rest in a trash bin.

Out on the street he tried on the glasses and was shocked the moment he did so. He saw and heard a different reality as long as he wore the glasses.

Apparently, the world was living in an illusion and what he now saw was the real world. Exploring his surroundings he found out that papers, commercial posters etc. actually contained texts such as “Obey”, “Do not question authority”, “Sleep”, “Marry and Reproduce” and “This is your God” in black on a white background. 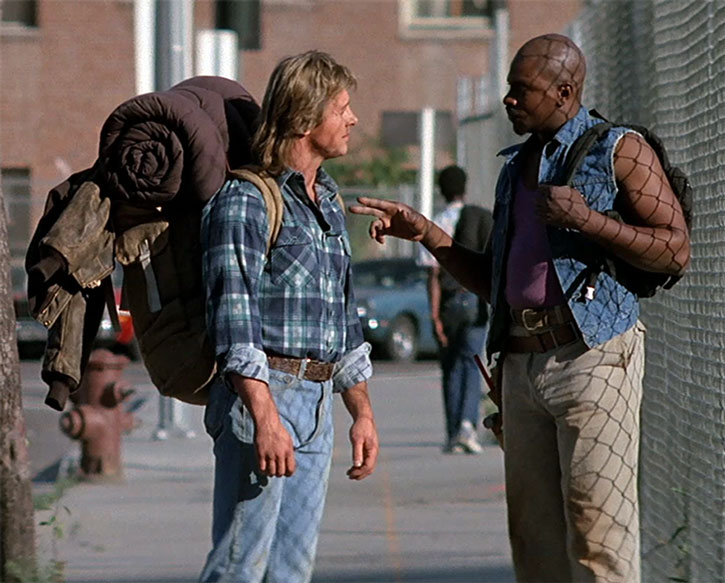 Additionally, there were small broadcasters on top of the traffic lights that sent out the words “sleep, sleep” continuously. There also were strange metallic balls with sensors flying around in the air. The greatest shock came when he met some people who looked like freakish zombies with large eyes, a grinning mouth and a horrible skin.

These people looked like something from a nightmare. When he told them that they looked like hell they responded by calling into their wristwatches, as if it was a radio. They requested reinforcements since there was one there that “could see”‘.

Shooting with the alien

Soon enough the police arrived, also looking like zombies to John. They told him to cool down and that it would be easier if they didn’t have to splatter his brains. John knocked the two officers down by surprise. When they still attacked he had to kill them in self-defense.

Still in a bit of shock, he took their weapons. He then returned to the same shop were he had met the first zombies (who actually were aliens). He killed any alien he could spot. But he had to flee when dozens of police cars and officers began arriving on the scene.

He kidnapped a human woman, Holly, and forced her to take him to her place so that he could rest a while. Holly was apparently working for a TV-station named channel 54. There he was caught in an unsuspecting moment. He was hit by a bottle in the head and pushed out of the window of her apartment.

John landed hard several yards down. He had to flee again, since Holly had called the police. He went into the city and slept a while in hiding.

The next day he decided to recruit Frank and show him the truth about the world. Frank wasn’t easy to convince, believing John to be mad and a mass murderer. Being about as large and muscular as Nada, he ended up fighting with him. After a brutal fight, John eventually won and forced the black sunglasses onto Frank’s head.

Frank, shocked as John had been, joined up with him. They checked into a hotel and got another pair of sunglasses from the trash bin where John had left them.

Shortly after, they got an invitation to a meeting for the resistance. These were the ones that had made the glasses in the first place. John and Frank met a handful of people discussing what to do. The two hulking friends also took several weapons that had been collected by the resistance – including some alien technology. 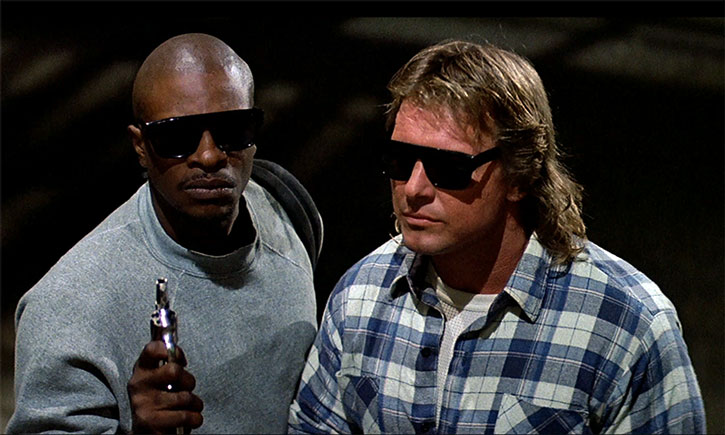 It was revealed there that the aliens probably sent the mind-controlling signal from the top of the Channel 54 broadcasting skyscraper. If it were destroyed humanity would see the truth and survive. At the meeting was Holly, which surprised John. She had found out the truth using the sunglasses left in her apartment after John.

A sad Holly and John became friends, but at that moment the locale was attacked by the police. Most of the resistance were killed, but a handful escaped including Holly, John and Frank.

John and Frank escaped by use of the alien tech and ended up in a strange subterranean hideout. It had apparently been built by the aliens. John and Frank walked the corridors and arrived at a reception holding a fine dinner party. It was apparently aliens and humans that were working for the aliens, that were celebrating the takeover of the world.

John and Frank put away their weapons. They posed as two of the guests. They met a former friend from the outdoors community that had been destroyed. This man had been recruited by the aliens, and gave Frank and John a sight-seeing tour throughout the complex. Finally, arriving at the Channel 54 broadcasting tower they began killing guards, although the human escaped.

John decided to track down Holly so that she could help them destroy the transmitter on the roof. Killing dozens of aliens in the building they finally found her. She helped them to the roof and John went out to the transmitter in advance. Holly, however, was a traitor and fatally wounded Frank.

She then went on with a gun to kill John. John was staggared that Holly was working for the aliens. An attack helicopter arrived at the roof at the same time as they were there. Holly offered John to give up, but the dying Frank shot her dead by surprise.

The helicopter immediately proceeded to kill John before he could do some damage, but it was too late. John destroyed the planetary transmitter after which he was gunned down by the helicopter. The illusion was now gone and humanity saw the aliens and their machinations throughout the world. That’s what I call a real wake-up call!

(This story is based on the short story Eight o’clock in the morning ).

John Nada is a huge man. He’s real big and muscular – much like a champion wrestler, but not as ripped via bodybuilding as modern wrestlers.

He has blond hair, blue eyes. He normally wears typical clothes such as a pair of worn-out jeans and a shirt, along with a backpack. There’s nothing remarkable about his appearance (since he represents the average Joe) except that he’s a big man.

While stalking the aliens he walks around with a large weapon. He also has a pair of black sunglasses on, or a pair of contact lenses capable of seeing through the alien disguises.

For most of his life John Nada believed in following the rules and working hard. He had a forceful father, who gave him a conservative education. He believed that through hard work man could eventually earn enough to live comfortably and he believed in America as the land of the free.

But when he came to the big city and realized that the aliens had taken over the world something exploded within him. He mercilessly stalked them and mowed them down without any regret. He has no hesitation about the fact that all the aliens have to be killed, before they kill humanity, and that humanity, all humans, have to give their all to survive the situation.

With humans and friends he’s very nice, polite and almost humble. However when it comes to the aliens he has a rather broad selection of insults and expletives.

John Nada, as even the name itself symbolizes, represents the average guy that believes in human values and discovers that everything is a lie. He won’t kill humans, but blows away aliens at any opportunity, and certainly is willing to risk his life and dreams for that purpose. He won’t pull any punch when fighting, either.

(Raising his shotgun) “I’ve come here to chew bubblegum and kick ass.” (beat) “And I’m all out of bubblegum.”

Nada’s world is a world covertly taken over by aliens. This isn’t the situation in the DC Universe and may never be. John would, however, risk his life to protect human interests during an ’Alien Invasion’ adventure and could thus be used as is in adventures that involve large groups of aliens or terrorists.

Since Nada basically represents the average man on the street he should have no connection to any established character and would probably be found in a large city such as Metropolis, Los Angeles or Gotham City. Actually, Texas would fit him very well.

Additionally, John could also be used in an Invisibles campaign or even a Matrix campaign, having the glasses enabling him to see the code of Matrix world, so that he could alter the rules of it the way Neo does. Any “invisible conspiracy” will do, and Nada will probably appear like he is a terrorist, serial killer and mad shooter.

Heroes trying to arrest him before discovering the truth may be surprised by his sheer toughness.

Bonuses and Limitations:
Weaponry (Firearms) is Double-Linked to DEX.

Source of Character: They Live movie by John Carpenter. 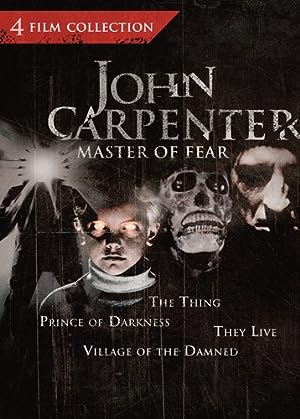 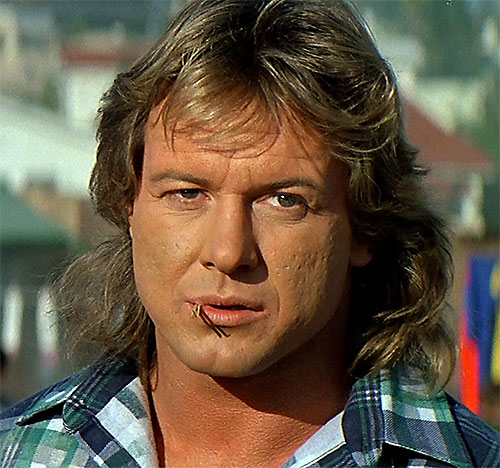 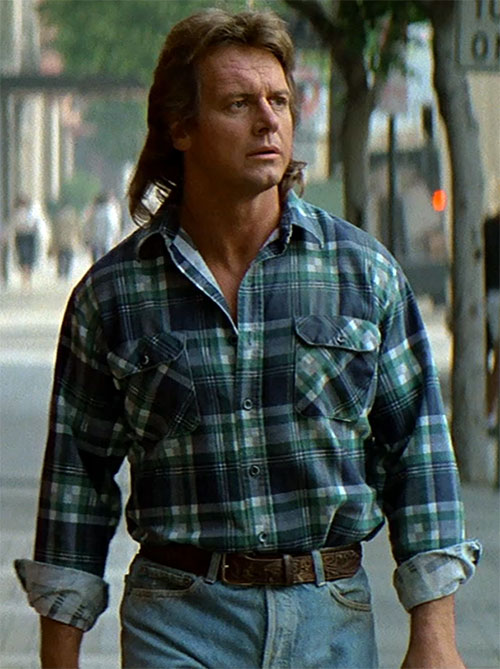 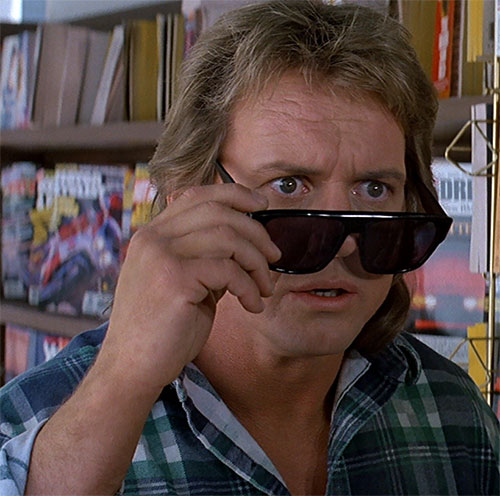 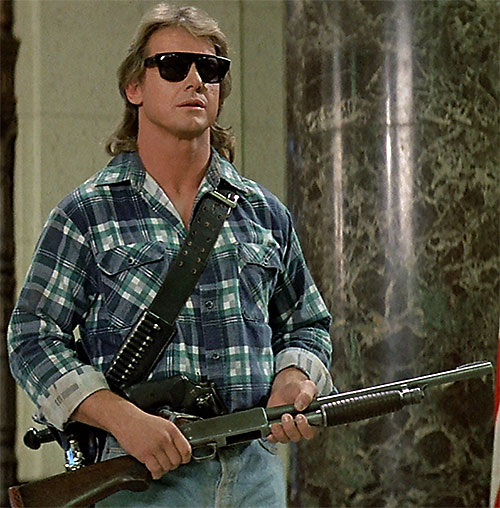