This is the Thing for the first few years. He is overcome with depressive and violent fits, as well as self-pity. His strength, although amazing (especially for the times), is but a shadow of what it will become. 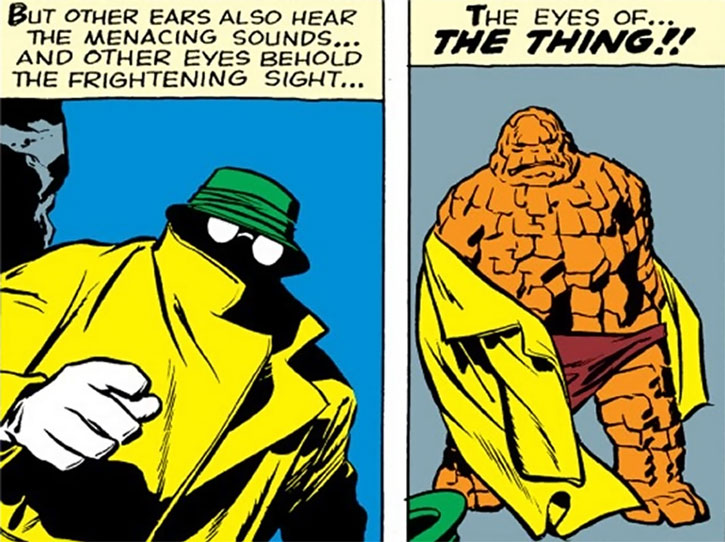 The Thing’s alter ego occurs pretty much at the GM’s whim. The Lumpy Thing was prone to revert back to human form at the drop of a hat… cosmic rays, electricity, or even really bright sunlight could trigger the change, and sometimes it happened for no apparent reason at all.

The change never lasted for more than a few minutes, but it was usually long enough to get him either into or out of big trouble.

The early Thing is morose and depressive due to his monstrous state. He has violent, unpredictable mood swings, and wallows in self pity about his own inhumanity. If annoyed, he will strike, even against a teammate.

He will gradually overcome his depression and built the powerful personality we all know and love.

Bonuses and
Limitations:
Density Increase is Always On and already factored in (-1).

During this period, the human Grimm has the following stats : 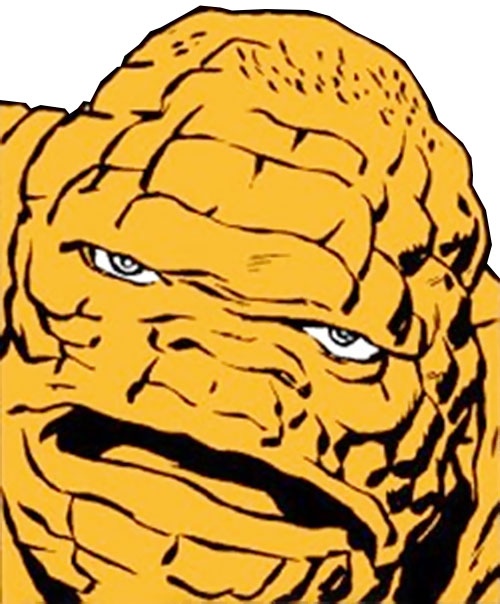 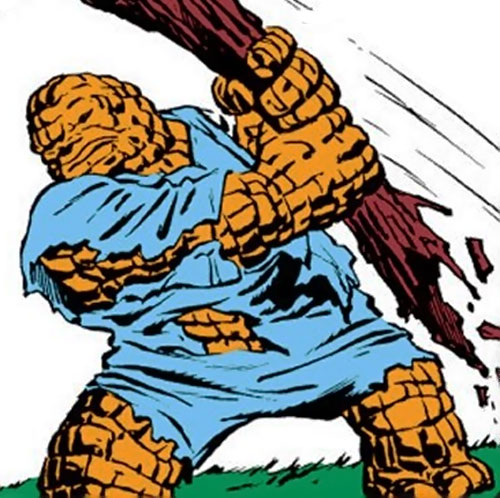 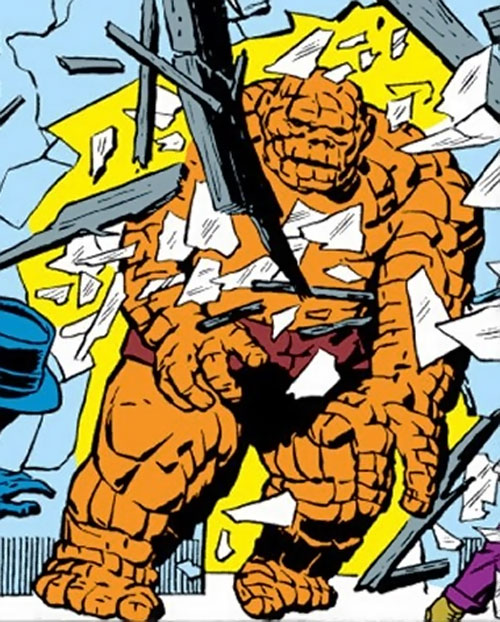